A leaders' word game: 'Secure and prosperous' vs 'free and open' Indo-Pacific

With the incoming Biden administration using the term "secure and prosperous" in place of "free and open" to refer to the Indo-Pacific, Japanese academic Shin Kawashima explores what this might mean for the future of the region and the roles played by Japan, China, and the US. 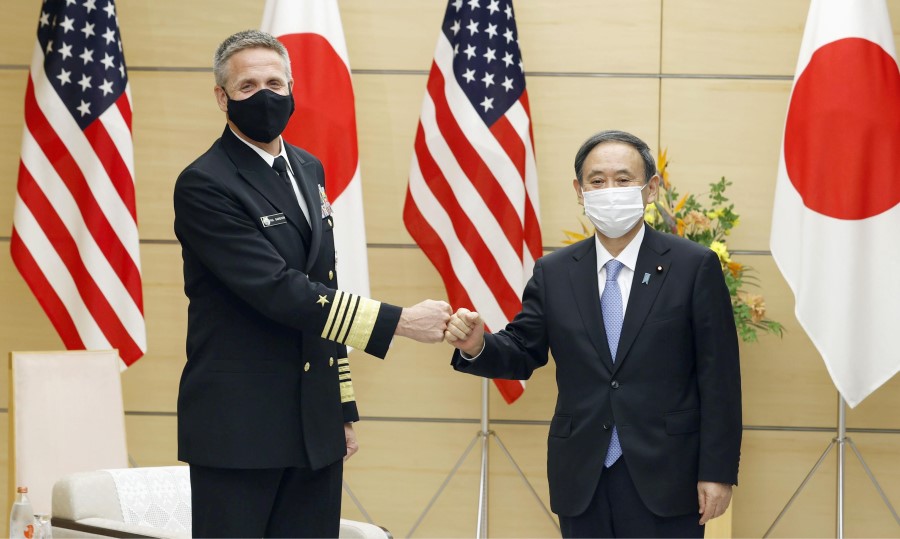 Candice Chan - 30 January 2023
A mall in Shenzhen came under fire for putting up white lanterns with black text as part of its Chinese New Year decorations, while an “ugly” rabbit-shaped light decoration was removed from another mall in Chongqing. Academic Zhang Tiankan muses on tradition and innovation, and the evolution of traditional decorations.
Read more
Translated by Candice Chan on 11 December 2020

Attention is being paid to President-elect Biden’s avoidance of directly using the expression “Free and Open Indo-Pacific” while key members of the next Biden administration are saying “secure and prosperous” instead of “free and open”.

Japan is looking at this from two perspectives. Some people see this only as one of the changes in wording that often takes place during transitions of power. “Secure and prosperous” is an expression that Trump administration Secretary of State Mike Pompeo used when meeting counterparts including Japanese Foreign Minister Toshimitsu Motegi, Indian Minister of External Affairs Dr Subrahmanyam Jaishankar, and Australian Foreign Minister Marise Payne in Japan in early October 2020. In particular, attention should be paid to the fact that he used this expression in the meeting with the Indian foreign minister. The logic of the people taking this perspective, therefore, is that there is practical continuity, despite the change in words, and the FOIP strategy will continue through the transition from the Trump administration to the Biden administration.

However, others believe that the incoming president’s avoiding the use of the FOIP phrase has implications, even though it has been incorporated in the US government’s language, as shown by the name of the US military’s Indo-Pacific Command (USINDOPACOM) headquartered in Hawaii.

Which of these two views is correct still remains to be seen. However, in his congratulatory message to President-elect Joe Biden, President Xi Jinping essentially expressed his hope for the "new model of major-country relations" to be maintained. At the Climate Ambition Summit, Xi also reaffirmed China’s commitment to actively deal with climate change. As this is a matter that Biden considers important, it could presumably indicate China’s expectation that the Biden administration will be more conciliatory in terms of its China policies. In addition, this may reflect China’s intent to steer the direction for post-Trump US-China agenda-setting before the Biden administration formulates its policy towards China. Or this may mean that China seeks to take the initiative in the Indo-Pacific while the Biden administration turns its attention to the Atlantic Ocean.

Japan is implicitly asking the Biden administration to continue its Indo-Pacific strategy in the same manner as it has before.

Having said this, Prime Minister Yoshihide Suga is also changing the language he uses in conjunction with the Indo-Pacific, which is worthy of attention. In his 26 October policy speech to the Diet, Suga only mentioned "the Free and Open Indo-Pacific", and in doing so, deleted “strategy” from “FOIP strategy.” On 14 November, the prime minister said “secure and prosperous Indo-Pacific” instead of “free and open” when he was asked about the achievements of the ASEAN summit meeting. Some people in Japan see this change of wording as deference to China, while others believe that it reflects concerns about the Biden administration.

It is hard to imagine that Japan will substantially compromise with China on military and security issues. Suga’s words probably indicate that Japan will not stop prioritising the Indo-Pacific, or in fact, that Japan considers the Indo-Pacific as important as it has been, although adjustments have been made in line with the words used by the Biden administration. The writer’s view is that by doing so, Japan is implicitly asking the Biden administration to continue its Indo-Pacific strategy in the same manner as it has before.

Related: A Biden presidency: Revenge of the 'Asia-Pacific' over the 'Indo-Pacific'? | India in the Indo-Pacific: Reining in China in the new theatre of great power rivalry | South Korea and America’s Indo-Pacific strategy: Yes, but not quite | Targeting China, Japan’s Indo-Pacific strategy in Southeast Asia runs into headwinds? | Containing China: Will the Quad become an Asian mini-NATO?