Following China’s passing of the new national security law for Hong Kong, the US has removed Hong Kong’s special privileges. However, previous evidence shows that economic sanctions seldom work. Zaobao correspondent Tai Hing Shing asks if this time will be any different. 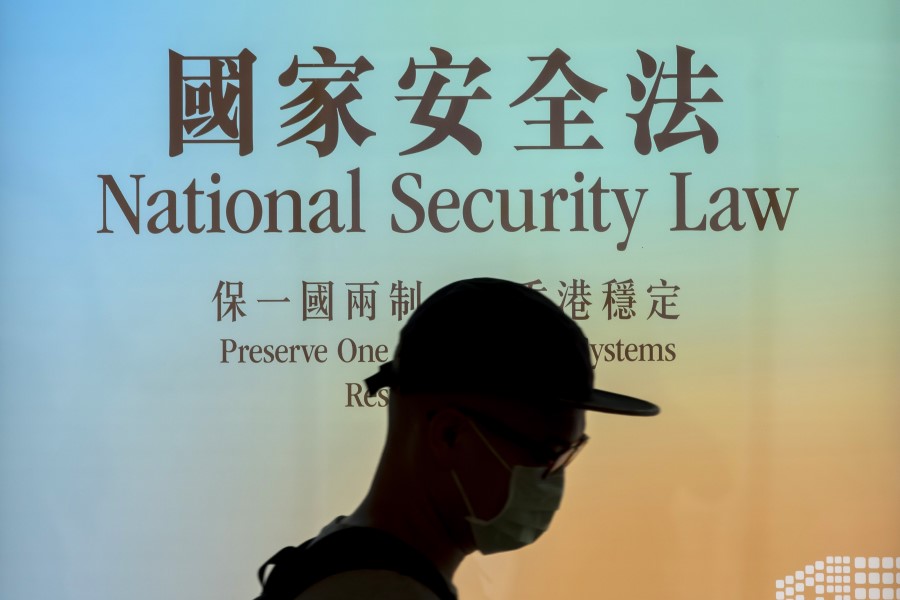 Candice Chan - 30 January 2023
A mall in Shenzhen came under fire for putting up white lanterns with black text as part of its Chinese New Year decorations, while an “ugly” rabbit-shaped light decoration was removed from another mall in Chongqing. Academic Zhang Tiankan muses on tradition and innovation, and the evolution of traditional decorations.
Read more
Translated by Candice Chan on 30 June 2020

The national security law for Hong Kong was unanimously passed today. Pro-Beijing comments have it that the passing of the security law will mark a transition from chaos to order for Hong Kong, but it cannot be denied that Hong Kong will face an uncertain period of unrest.

In preliminary “shots fired” to China, the US Senate, which previously said it would punish Hong Kong and China, passed the Hong Kong Autonomy Act last week, while announcing visa restrictions for Chinese officials who undermine Hong Kong’s semi-autonomous status.

Unfortunately, a lot of academic research shows that since World War II, economic sanctions have not worked well at all, with an overall success rate of at most 30%.

Many pro-Hong Kong advocates of laam caau (揽炒, meaning mutual destruction) were elated, thinking that Hong Kong’s affairs had gone international. Next Digital founder Jimmy Lai even wrote a piece in Apple Daily, praising the US for taking on China and for turning Hong Kong into the “new Berlin” that the US has to protect. “This is the reason for a miracle in Hong Kong, this champion of Western values and morals,” he said.

Unfortunately, a lot of academic research shows that since World War II, economic sanctions have not worked well at all, with an overall success rate of at most 30%. It seems a little naive for the laam caau camp to think that US sanctions will force China to back off on the Hong Kong issue.

After all, one crucial point as to whether economic sanctions will work is how both sides compare in terms of resources. In a systematic analysis of over 200 cases of US economic sanctions since 1914, the authoritative Economic Sanctions Reconsidered found that the sender country’s GNP is more than ten times greater than the target’s GNP in 80% of cases, while in cases involving modest goals, the sender’s economy is on average 200 times larger than the target’s economy.

As the two largest economies in the world, the economies of the US and China are comparable. Unless the US resorts to military force, economic sanctions will have limited effect.

Ironically, the Hong Kong government has always had many senior officials who are pro-West, but under US pressure, many officials and civil servants have been forced to pick sides and adjust their stand to be “loyal” to Beijing.

Perhaps due to this limited impact, the Trump administration is expressing its unhappiness to Beijing by engaging in “smart sanctions”, specifically targeting China’s officials and the individuals and groups who have rendered assistance to them. But going by past results, smart sanctions work even less than general economic sanctions, and it will be relatively difficult to get a strong, accurate, guided-missile type result.

In this case, so far the US has not named which China officials will be targeted. Bloomberg quoted a source as saying “it was in the single digits”. But with human movement limited due to the coronavirus, the US is just posturing — there will be no real impact.

The US is also making a show of claiming it has a list of Hong Kong officials to sanction. Ironically, the Hong Kong government has always had many senior officials who are pro-West, but under US pressure, many officials and civil servants have been forced to pick sides and adjust their stand to be “loyal” to Beijing. US sanctions are doing more damage than good.

“Smart sanctions” may not be so smart after all

I got to know from Hong Kong’s diplomatic circles that there will be second and third waves of smart sanctions from the US, such as reviewing the export of military and civilian technology to Hong Kong, in order to dent Hong Kong’s ambitions of developing into a technologically advanced city. However, it has always been difficult for Hong Kong to import sensitive equipment and technology from the US, so this US move might cause some disruption to the Hong Kong market, but the real impact would be limited.

If Hong Kong implements retaliatory sanctions following US trade limits on Hong Kong, that would damage the interests of US businesses in Hong Kong.

In the end, US sanctions on mainland China and Hong Kong are easier said than done. If the scope is too narrow, there would be limited effects; if too broad, it might lead to retaliatory sanctions, which would also be damaging to the US economy.

For example, Hong Kong has been the single economy that has given the US its largest trade surplus. According to figures from the Hong Kong government, over the past ten years, the US has earned a total of US$300 billion in trade surplus from Hong Kong. If Hong Kong implements retaliatory sanctions following US trade limits on Hong Kong, that would damage the interests of US businesses in Hong Kong. That is also a crucial reason why the US is refraining from going too far in implementing general economic sanctions on Hong Kong.

If Hong Kong’s laam caau camp still hopes for US sanctions, it would do well to look at neighbouring Macau. In September 2005, the US Treasury criticised Macau’s Banco Delta Ásia for helping North Korea with money laundering, and suggested that US companies cut ties with the bank, in an effort to thoroughly destroy trade links between North Korea and the rest of the world through financial sanctions.

If the US’ economic sanctions did not work against North Korea, what use would it be against China, the Asian power? Sometimes, the thinking of Hong Kong’s laam caau camp is confounding.

The US’s smart sanctions then were initially a hard hit to the Pyongyang government. Being unable to deal with the US’ strong financial offensive, North Korea returned to the six-party nuclear talks following its first nuclear tests. However, once it adjusted to the smart sanctions, North Korea quickly conducted its second round of nuclear tests and pulled out of the six-party talks, and the situation in the Korean peninsula became increasingly tense.

If the US’s economic sanctions did not work against North Korea, what use would it be against China, the Asian power? Sometimes, the thinking of Hong Kong’s laam caau camp is confounding.

In a sign that it intends to go full throttle in its smart sanctions against Beijing over the national security law for Hong Kong, the US announced today that it is ending its special treatment of Hong Kong. US Commerce Secretary Wilbur Ross said the US is suspending the availability of export license exceptions, with further actions being evaluated.

US Secretary of State Mike Pompeo also announced that the US is ending exports of US-origin defence equipment, and will impose new restrictions on dual-use technologies.

In a statement, Ross said: “With the Chinese Communist Party’s imposition of new security measures on Hong Kong, the risk that sensitive US technology will be diverted to the People’s Liberation Army or Ministry of State Security has increased, all while undermining the territory’s autonomy. Those are risks the US refuses to accept and have resulted in the revocation of Hong Kong’s special status.” US Secretary of State Mike Pompeo also announced that the US is ending exports of US-origin defence equipment, and will impose new restrictions on dual-use technologies.

In response, China said it will take retaliatory measures against the US. However, Chinese foreign ministry spokesman Zhao Lijian did not specify which measures Beijing would take.

According to a Reuters report, Japan's top government spokesman, Chief Cabinet Secretary Yoshihide Suga, said the passing of the national security law was "extremely regrettable" and undermined credibility in the “one country, two systems” formula of governance. The Taiwan government has also strongly condemned the new law, and has reaffirmed its support for freedom and democracy in Hong Kong, noting that the new law “severely impacts” Hong Kong’s freedom, human rights, and development. Taiwan has warned its citizens of risks in visiting Hong Kong. Britain has also said it is deeply concerned, describing it as a "grave step".

Global Times editor in chief Hu Xijin has said the heaviest penalty that can be imposed in China's new national security law for Hong Kong is life imprisonment, citing people who have seen the draft of the law. Hu said on Twitter that official information on the new law will be released later in the day.

According to Chinese official media Xinhua News, Chinese State Councilor and Foreign Minister Wang Yi said in a telephone conversation with Egyptian Foreign Minister Sameh Shoukry that Hong Kong is a part of China, and establishing and improving the national security legislation is conducive to the steady and sustained implementation of the "one country, two systems" policy. He added that some countries and forces use human rights as an excuse to attack and smear China on the Hong Kong issue, and interfere in China's internal affairs, when their real intention is to disrupt Hong Kong and thus hinder China's development process.