Cultural historian Cheng Pei-kai recalls the very first time he tasted Yangcheng Lake’s famed hairy crabs, not in China, but in New York. Since then, he has been smitten with the Chinese mitten crab, and is in no doubt as to why this delicacy takes pride of place in China’s food heritage. 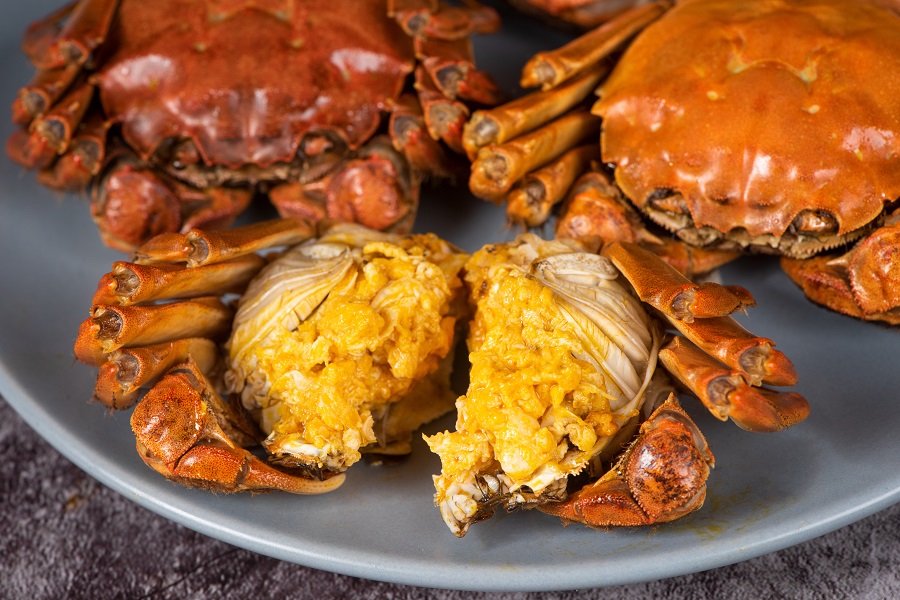 Grace Chong - 30 January 2023
Amid ongoing tensions, a high-level visit by US Secretary of State Antony Blinken to China in the coming week shows hope for improved relations between the two economic powerhouses. Zaobao correspondent Yu Zeyuan notes that while the meeting may not produce practical results, it is a much needed exchange to manage and control China-US relations from worsening.
Read more
Translated by Grace Chong on 7 December 2020

Hearing that I’d be in Suzhou in early December for the opening ceremony of the new Suzhou Kunqu Opera Theatre*, Suzhou University professor Ji Jin was delighted.

"That's great!" He said in his message to me. "It's not too late and we can still catch the hairy crab season." I laughed heartily at this splendid suggestion.

Ji has been wanting to treat me to hairy crabs for the past two years, but I was always too busy to take up the offer. When the autumn semester begins, I usually have too much work in Hong Kong to visit Suzhou and enjoy crab and wine in peace. Every year, I would talk about going to Suzhou during the cool and refreshing autumn season and eating crabs by Yangcheng Lake, but I could never make it.

Ji was not put off though and always cheerfully assured me that we could wait for the next autumn. He jested, "Just don't keep the crabs waiting till they are blue in the face! They have been waiting since their grandparents' generation and they have yet to see you! The ancient Chinese said: A day's separation seems as long as three autumns. But you have actually kept them waiting for three autumns!"

I replied that I would definitely make the trip this time — I already booked my plane ticket and hotel accommodation. Besides, I was scheduled to speak at a seminar after the opening ceremony.

Alas, God had other plans — two days before I was due to depart, I fell ill and was unable to travel. I had to cancel all my plans. Ji was very disappointed and bemoaned the unfortunate happening. "What a pity! We have to wait for another year then," he said.

I felt really sorry — for dampening a dear friend's enthusiasm, and for missing the large basket of bubble-blowing hairy crabs, yet again.

A crabalicious autumn in New York

I was reminded of the first time that I ate hairy crabs. It was in the early 1970s and I was in New York. China and the US had yet to establish diplomatic ties then, but the two countries had started warming up to each other. The Chinese seat in the United Nations had been transferred from the Republic of China to the People’s Republic of China, and China’s UN delegation had officially hoisted the five-star red flag on 66th Street in New York. Southern and northern goods from China could also be directly exported to Chinatowns and not be re-exported via Hong Kong.

As a child growing up in Taiwan, I would always hear my parents saying that the hairy crabs in Taiwan were too skinny and looked malnutritioned, like the starved prisoners in Nazi concentration camps.

One day, a large poster by the entrance of the largest supermarket in Chinatown announced that airflown hairy crabs from Yangcheng Lake would be available next week, making their first appearance in the Americas. The tone of the advertisement was really haughty, as if it was announcing the arrival of Christopher Columbus in the Americas or Neil Armstrong landing on the moon — in any case, it was arrogant and extremely exaggerated. I thought to myself, although I haven't eaten hairy crabs before, I’ve seen photos of them. Just that these hairy crabs looked larger and plumper. Why would they command so much attention and be considered a delicacy that foodies drool over and dream about?

As a child growing up in Taiwan, I would always hear my parents saying that the hairy crabs in Taiwan were too skinny and looked malnutritioned, like the starved prisoners in Nazi concentration camps. They couldn’t bear to eat them as a result. Then they would reminisce about hairy crabs that were graceful like Xi Shi or plump like Yang Guifei. (NB: Xishi and Yang Guifei are two of the four beauties of ancient China.) As they talked, they would indulge in the nostalgia of yesteryear, and revel in the mirage of their memories. I sometimes wondered if the flavours that my parents missed so much truly matched up to what they described. Or was it just them seeing things with rose-tinted glasses because they missed their hometowns and wanted to relive past glories?

A revelation — even better than lobster

At any rate, I was raring to try hairy crabs. So when the airflown hairy crabs arrived in Chinatown, I headed to the supermarket just in time to see a frozen food delivery truck unloading baskets of crabs. The crabs were all blowing bubbles and looked just like a group of airsick passengers foaming at the mouth. Supermarket staff told me that these were top-grade Yangcheng Lake hairy crabs that weighed 250g each — good stuff indeed.

I could perhaps describe it as landing on the moon — you can't compare it with anything else. The crab "roe" was rich and thick, full of umami and even had some astringent notes.

I asked if there were female crabs rich in roe? He replied that they were all male with creamy "roe", large-sized, and absolutely delicious. How much were they, I inquired. He told me that they were US$14/lb, which was pretty expensive, taking into consideration that top-grade sirloin steak was only sold for US$2.99/lb back then. I asked him to pick me a large one. He chose a lively and ferocious crab, and charged me around US$8 for it. I steamed the crab and ate it with some shredded ginger and Zhenjiang vinegar when I got home. What an indulgence, but was it delicious? I could perhaps describe it as landing on the moon — you can't compare it with anything else. The crab "roe" was rich and thick, full of umami and even had some astringent notes. I thought the dish tasted better than a lobster.

Born in Chongming Island but bred in Yangcheng Lake

When I began eating more of it later, I looked it up and discovered that this type of hairy crab is scientifically known as the Chinese mitten crab, or river crab, horsehair crab, freshwater crab, and hairy crab. It can be found in various rivers and lakes in China but is most populous along the Yangtze River, where the biggest and most delicious of its kind gathered. What I never knew was that hairy crabs originated from Chongming Island, at the mouth of the Yangtze River (Yangtze River estuary), where saltwater and freshwater meet. When they are about the size of a button, crab farmers from Yangcheng Lake would purchase them from Chongming Island, rear them, and sell them as “Yangcheng Lake hairy crabs”. So, while hairy crabs originate from the waters near Chongming Island, the plumpest adult crabs on the market come from Yangcheng Lake.

Soon after I recovered from my illness, another Suzhou Kunqu project that needed to be completed before the end of the year fortuitously popped up. I immediately told Ji that I would still be coming to Suzhou after all. Elated, he extended his warm welcome and laughingly said that we would still be in time to feast on some hairy crabs. Then came the perfect ending of a happy reunion — my group of friends sat around a table full of scrumptious delicacies. A big plate of piping hot hairy crabs was served last. Each crab weighed 250g, and everyone was served two crabs each. It was a high cholesterol food after all, and a few at the table said that one was enough. Among the table of men sat two women — one had four crabs while the other had three. It was indeed admirable, and the men willingly admitted defeat.

*The Suzhou Kunqu Opera Theatre is located at the heart of Suzhou's Taohuawu Historical and Culture area. A century-old magnolia tree stands on its grounds while an original opulent chamber dating back to the Republic of China era has been preserved on the second floor. Dedicated to preserving and promoting classical Kunqu culture, the theatre opened to the public in December 2014. This article was first published in Chinese around the time of the theatre's opening.