No bride price, no marriage in China

The practice of commoditising marriage through a “bride price” to be paid by the Chinese groom has grown to incredible proportions in recent years, especially in the rural areas of China. Untenable financial burdens aside, this practice is not doing women’s push for gender equality any favours. 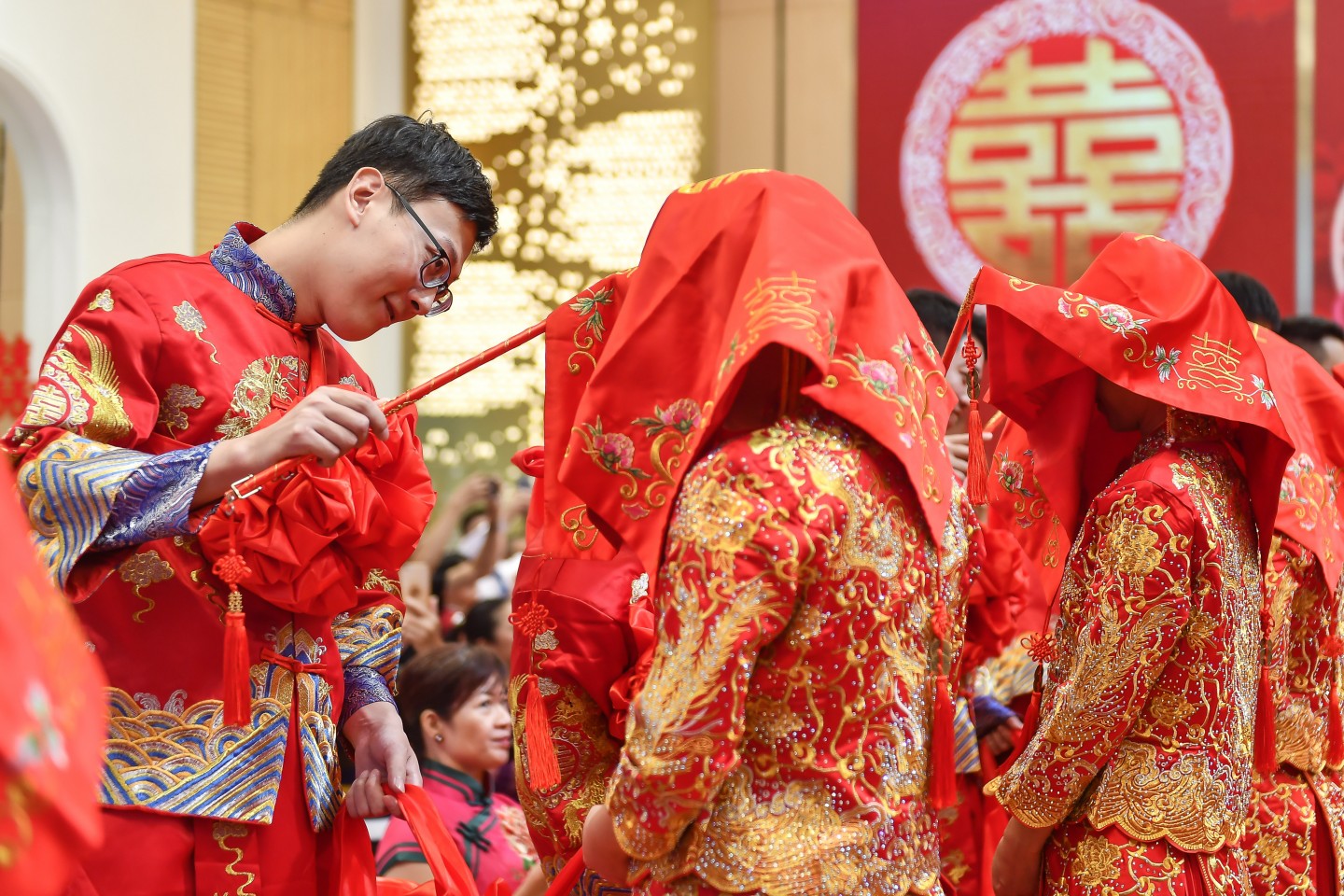 Grace Chong - 21 September 2022
Prabowo has been in Indonesia’s political scene for decades and his chequered past has not deterred him from multiple runs for vice-president and president. Given his support from the conservative and radical Muslims, with a potential running mate that can boost his standing, will Prabowo finally make his mark as Indonesia’s president in the 2024 elections? ISEAS academic Leo Suryadinata gives a profile of this controversial figure.
Read more
Translated by Grace Chong on 20 November 2019

Deeply influenced by Confucian patriarchal beliefs, heterosexual marriage is regarded as the primary means to start a family and reproduce offspring. The bride price, therefore, lies at the heart of understanding marriage and family in Chinese society.

Bride price has a long history in China. Caili (彩礼), the bride price or the betrothal gifts, is also called pinli (聘礼) or pincai (聘财). It has been one of the most important marriage customs in ancient China since the Western Zhou Dynasty (1046 BC to 771 BC).

According to the 44th chapter of the Book of Rites in the Han Dynasty (202 BC to 8 AD), an essential collection of ritual systems in ancient China, a legal marriage consists of six rites (liuli 六礼), namely, nacai (纳彩), wenming (问名), naji (纳吉), nazheng (纳征), qingqi (请期) and qinying (亲迎). The fourth step is particularly crucial in forming the marriage: the groom’s family should offer betrothal gifts (bride price) to the bride’s family, including money, jewellery, antiques, clothes, furniture, food, animals, etc.

The prevalence of bride price reflects the patriarchal and patrilocal traditions, which commoditises women as transferable familial properties

The tradition of paying bride price lasted for a long time, even up to the late Qing Dynasty period (1840 – 1912) and the era of the Republic of China (1912 – 1949). The practice persisted right until the PRC government forbade any form of property-asking in marriage. However, bride price re-entered into marriage negotiations in the late 1970s.

The prevalence of bride price reflects the patriarchal and patrilocal traditions, which commoditises women as transferable familial properties, as the famous Chinese proverb indicates: marrying off a daughter is like pouring water out of a jug (jia chuqu de nü'er po chuqu de shui 嫁出去的女儿泼出去的水). The bride price symbolises the transfer of rights to control a woman’s body and labour from her natal family to her husband’s family. As compensation to the bride’s family for their labour loss, the groom’s family should provide some money or gifts. Therefore, bride price is gender asymmetric and patriarchal in nature.

On 23 November 2017, The Economist issued a special report on marriage. One of the articles makes this keen observation on the issue of bride price:

"Like India, most of China is patrilocal: in theory, at least, a married woman moves into her husband’s home and looks after his parents. Also, like India, China has a deep cultural preference for boys. But whereas India has dowries, China has bride prices. The groom’s parents, not the bride’s, are expected to pay for the wedding and give money and property to the couple. These bride prices have shot up, bending the country’s society and economy out of shape."

An acute malaise in rural areas

Based on the National Bureau of Statistics of China report in 2014, the annual per capita gross income of Chinese urban citizens was 26,955 RMB (about S$5400), and that was 8896 RMB (S$ 1780) for rural citizens. In this sense, for the average 100,000 RMB bride price, the Chinese urban citizens should save money for about four years, and the rural citizens should prepare more than twelve years, just for the bride price alone. What is worse, in 2017, the bride price doubled in many rural areas while the annual income only witnessed a slight increase with 36,396 RMB (about S$7300) in the urban areas and 11,969 RMB (about S$2400) in the rural areas.

The gendered asymmetry of marriage expenses should be examined in the dynamics of Chinese policies.

First, the wide-known fertility policy — One-Child Policy from Sep 1980 to Jan 2016 — and the long-held son preference result in the marriage squeeze (the number of marriageable women is particularly low because of the imbalanced sex-ratio) in rural China. What is worse, the scarcity of women in the rural areas due to the fertility policy aggravates the vicious circle — the poorer an area is, the higher the bride price is.

Second, China implements the Household Registration System (hukou) which divides citizens into those with urban hukou status and rural hukou status. Since urban hukou holders enjoy more benefits from the state, women prefer to marrying-up as Roseann Lake explains in her book Leftover in China: The Women Shaping the World's Next Superpower (2018):

“The quickest route to a hukou upgrade is marriage. If a rural woman marries a man with an urban hukou (or vice versa), the spouse marrying into the urban hukou is entitled to one as well. Like houses, cars, and salaries, the right hukou has also become valuable as a marriage bargaining chip……As a result, men with urban hukou are in high demand……The most disadvantaged in this hierarchy are, once again, migrant men.”

The continued ignorance and deliberate demeaning of women’s multiple contributions to career and family will inevitably influence the next generation of Chinese women’s life choices.

Marrying up is not only the concern of rural women themselves but also the wish of their parents. For most rural parents, marrying daughters to urban households is their strategy to expand their network of security. Consequently, rural men have to offer the bride price to prove that they can guarantee their wives with a promising life.

The fierce competition of having a wife is also intensified by the land policy, the third factor. Although women’s rights are written in law, they are not guaranteed in reality. Since men are usually treated as the head of the household and the owner of the land, rural women lose the economic source — land, the main property in rural areas. Bride price seems to be the only way to maintain economic security.

Though some social media blames women for the sky-high bride price (tianjia caili 天价彩礼), desperately calling on abolishing it, bride price still prevails in most rural areas in China. Bride price seems to be a backlash to patriarchy: A price is always exacted for what patriarchy demands. The continued ignorance and deliberate demeaning of women’s multiple contributions to career and family will inevitably influence the next generation of Chinese women’s life choices.

In a modern society where money talks, individuals tend to support themselves. Most self-supportive Chinese women don’t buy the traditional myth that women should marry well rather than do well in their careers (gandehao buru jiadehao 干得好不如嫁得好). The state may worry about high bride price now, but it will soon find that women won’t be ‘priced’ anymore in the future because of their increasing labour value. Soon, women’s voices will be heard despite the prevailing patriarchal ideologies. What we need is gender equality, not the so-called position of privilege of being the fairer sex.