No funding, no market. What now for China's tech companies?

The US capital market has been the main source of large-scale funding for Chinese tech companies, even as they compete for a slice of their home market. However, with the ongoing US-China trade war and Russia-Ukraine war, US capital is not flowing as readily into China as before, while China’s anti-monopoly crackdown has narrowed down tech companies’ growth prospects. Tech expert Yin Ruizhi explores the issue. 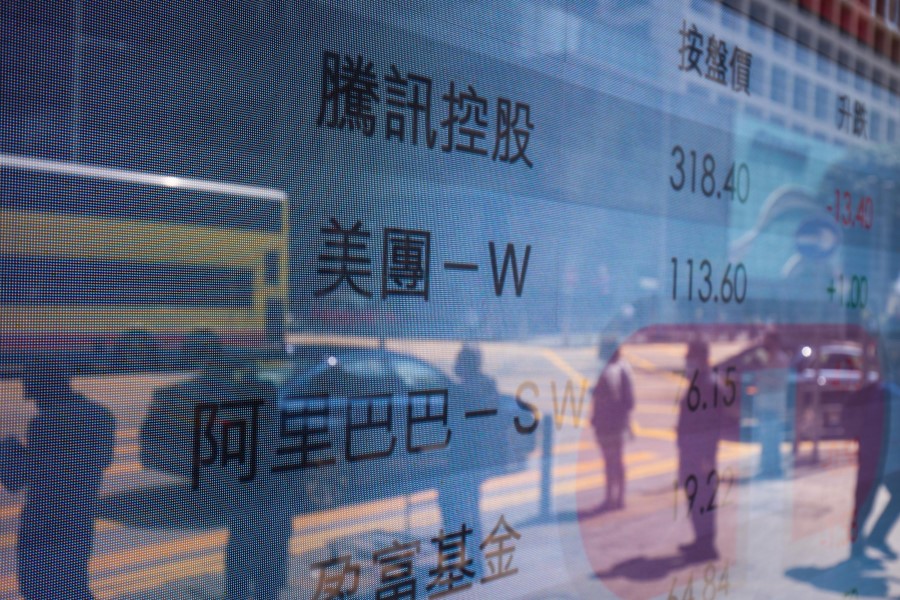 Candice Chan - 6 December 2022
Commentator Chen Kuohsiang notes that even after the 20th Party Congress and talks between Chinese and US Presidents Xi Jinping and Joe Biden during the G20 summit, the Chinese economy is not facing an easy time, not least because of Covid-19 controls, the US's trade restrictions and China's stringent policy on private enterprises.
Read more
Translated by Candice Chan on 22 March 2022

On 9 March, the US Securities and Exchange Commission called out five Chinese companies at risk of being delisted, setting off an “earthquake” among China concept stocks, with popular stocks such as those from internet technology companies falling 10% to 20% or more.

Meanwhile, the NASDAQ Golden Dragon China Index closed 10% lower on 10 March, the biggest single-day drop since October 2008. Notably, the crash saw Chinese internet giant Alibaba fall to around US$92 — its opening price in 2014 when it made history as the biggest IPO ever.

In 2014, Alibaba claimed 75% of China’s e-commerce industry, a record in China’s internet history for an e-commerce player in terms of market share and market volume. At the time, the US-China trade war had not yet started, and the most attractive stocks in the US capital market were those of internet tech companies whose core narrative and concept revolved around China’s thriving development — commonly referred to as China concept stocks.

Now, the Russia-Ukraine conflict has intensified the China-US rivalry in various sectors. Even as the US imposes extreme sanctions on Russia, it is also ramping up containment policies on China.

One likely answer is that China’s tech companies need to change their growth model. Going back to 2014, whether it was Alibaba and Pinduoduo in e-commerce, Didi in vehicle hiring, or iQiyi and Bilibili in entertainment, they all followed one idea — leveraging the mature internet technology and the power of capital to subsidise users. They then built companies to monopolistic scales in China’s huge market in the shortest time possible, and leveraged that scale to collect an indirect “tech monopoly tax” from industry merchants to be returned to the capital market as profits.

In that model, two “largests” are significant. The first is obviously China’s large market. Not only does China have the largest online retail market in the world, but for the first five years after 2014, the Chinese government did not systematically target monopolists in the online market with policy adjustments. Holding a monopolistic position in the biggest single market was very attractive for capital.

It would take a massive amount of funds to swiftly acquire users in a market the size of China. This is where the second "largest" comes in — the biggest capital market in the world, the US.

Clearly, the old model is finished in terms of both funding and markets.

Take Pinduoduo for example. To quickly become the e-commerce platform for the 400 million people in China’s villages and towns, as well as for the price-sensitive big-city crowds, it has repeatedly launched targeted user subsidies to the tune of tens of billions of RMB, in order to beat its rivals and gain users. Besides the US capital market, it would be difficult for any other capital market to provide this much capital for the growth of just one company.

At present, the US capital market obviously needs to fall in line with the US’s political objectives, and public sentiment in the US does not support its capital market funding China’s internet development.

While the size of China’s online market remains the biggest in the world, the government has seen the social problems caused by tech companies using their monopolistic size to squeeze profits from small- and medium-sized companies, and will no longer condone tech giants doing as they please. Clearly, the old model is finished in terms of both funding and markets.

Only when tech companies start to focus on groundbreaking innovations can they stop relying on the size of capital markets and gaining monopoly, and truly adopt a more sustainable and healthier growth model.

Only when tech companies start to focus on groundbreaking innovations can they stop relying on the size of capital markets and gaining monopoly, and truly adopt a more sustainable and healthier growth model.

Related: America turning to state intervention to win US-China tech war | Technology and innovation race: US losing edge to China? | China's going full speed ahead on technology innovation. Will it work? | Not just a tech war: What China can do to better compete with the US and create a better world