Analyst Zheng Weibin notes that the clampdown on Didi shows that the competitive relationship between China and the US has affected the global interactions of tech giants, and political factors will matter more in global investments of startups in China. In the aftermath, will technological innovations such as digital manufacturing through artificial intelligence be straitjacketed? 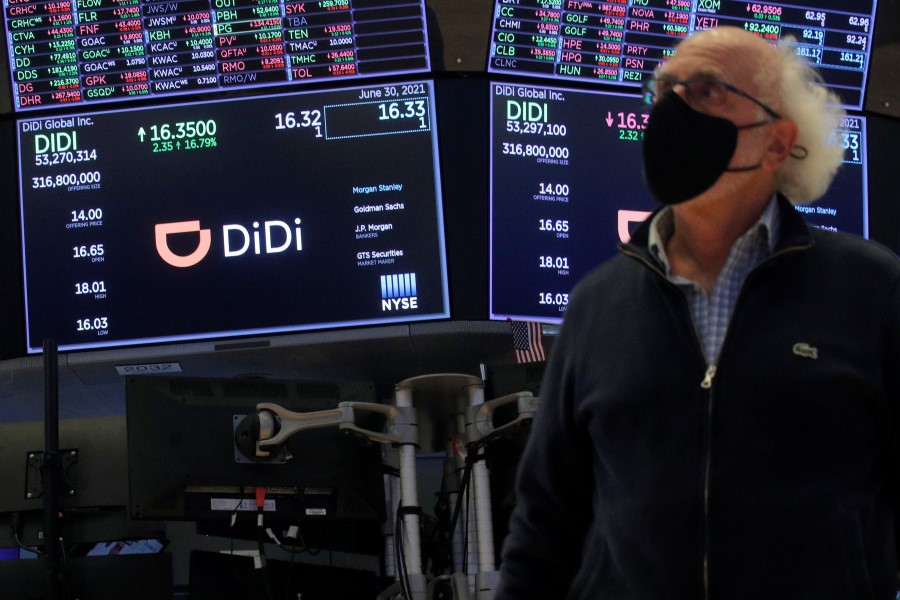 Candice Chan - 28 September 2022
Hong Kong Baptist University academic Jean-Pierre Cabestan notes that Chinese President Xi Jinping will have his work cut out for him in his anticipated third term. Apart from domestic and international challenges, Xi faces opposing views on the way forward for China’s future. This is the third in a series of four articles on President Xi Jinping and the road ahead.
Read more
Translated by Candice Chan on 27 July 2021

Technology is one unavoidable area of competition between China and the US. The recent US Innovation and Competition Act passed by the US Senate lists ten key technology sectors where the US wants to compete with China, including artificial intelligence (AI), semiconductors, quantum computing, advanced communications, biotechnology, and advanced energy, to maintain their edge in the technology sector.

But it is puzzling that China and the US started anti-monopoly actions against tech giants at practically the same time. On 9 July, US President Joe Biden signed an executive order hitting out at anti-competition behaviour by large technology companies; in his view, capitalism without competition is not capitalism but exploitation.

At almost the same time, the Chinese government said no to Tencent’s proposed merger of game-streaming sites Huya and DouYu, probably the first blocked investment and acquisition attempt in the internet sector. Prior to this, the State Administration for Market Regulation (SAMR) launched investigations into a case involving 22 incidents of violations by internet companies including Tencent, Alibaba, and Didi, going back to Tencent’s acquisition of Cheetah Mobile shares ten years ago.

How did internet giants as leaders in technological innovation become the targets of both the Chinese and US governments? In particular, Didi — which got listed on the New York Stock Exchange (NYSE) on 30 June — was investigated from 2 July by the Chinese government on grounds of cybersecurity. Subsequent actions led to a slide in Didi share prices, with a drop of over 40% at its lowest point.

The Chinese government seemed unhappy with Didi’s listing on the US market; similarly, the move was not welcomed by the politicians at the Capitol. Senator Marco Rubio told the media that it was “reckless and irresponsible” to allow Didi to sell its shares on the NYSE. He said: “Even if the stock rebounds, American investors still have no insight into the company's financial strength because the Chinese Communist Party blocks US regulators from reviewing the books.”

These actions by China and the US show tense US-China relations. Technological competition between them goes far beyond a battle of technological levels — they are also uncomfortable about data movement and connections between tech companies.

This might be why the Chinese government is conducting such a harsh investigation into Didi. The competitive relationship between China and the US has affected the global interactions of tech giants, and may even change how venture capital is invested in future.

Following the Didi incident, the Chinese government announced the amended version of the Measures for Cybersecurity Review, including requiring any Chinese company that holds the personal information of one million or more users to seek a government cybersecurity review before listing abroad. This means more political factors to consider, when it comes to global investments into startups in China.

The era of smart consumerism

But would this hinder China’s technological innovation?

As expressed through the executive order that Biden signed, “inadequate competition holds back economic growth and innovation”. Biden hopes to put in place relevant laws that will protect US technology in its competition with China, and that the US will have an environment that stimulates technological innovation. A key motive for Biden signing the executive order is preventing monopoly.

...supported by AI, we have entered the era of smart consumerism. The problem is that the uses and functions of this data technology in traditional sectors like manufacturing and construction are not significant right now.

In fact, China has long expressed unhappiness at how capital is used in the internet sector. Last year, with regard to the community group-buying market, China’s agencies made it clear that disorderly expansion of capital should not threaten economic growth and social order. In other words, the Chinese government wants capital to be channeled to sectors that can truly lead to technological innovation and be key drivers of economic growth.

Indeed, they have played a role. However, strictly speaking, right now their function is mainly in the consumer sector. In other words, supported by AI, we have entered the era of smart consumerism. The problem is that the uses and functions of this data technology in traditional sectors like manufacturing and construction are not significant right now.

AI in manufacturing will provide an edge

Why should we look at the function of data technology in traditional industries such as manufacturing?

Of the surveyed Chinese manufacturing sector companies, 91% of AI projects failed to meet expectations, meaning that there is a huge gap between reality and expectations.

From a global perspective, the manufacturing sector is still the main driver of global economic growth. Figures from the United Nations Industrial Development Organization show that between 1991 and 2018, global manufacturing value added grew by an annual average of 3.1%, slightly higher than the average GDP growth of 2.8%, while the contribution of the manufacturing sector to global GDP growth has remained fairly constant in the past decade at around 16%. Within the global trade system, the value of service trade is just one-third of manufactured goods.

And how effective is the use of data technology in the industrial sector? According to a report by Deloitte — AI Enablement on the Way to Smart Manufacturing — current results are not satisfactory. Of the surveyed Chinese manufacturing sector companies, 91% of AI projects failed to meet expectations, meaning that there is a huge gap between reality and expectations.

In the practical use of AI, there is little difference in fundamental algorithms, but different products have specific application scenarios and engineering capabilities. Furthermore, the use of AI in manufacturing is not limited to just production, but there is also a need to develop the entire value chain — from demand sensing to supply chain planning, from building smart product services to contacting and streamlining clients.

We cannot say that today’s internet technology companies around the world are not exploring these sectors, but at the least, they still lack effective solutions or systems, which are the key factors that truly have an impact on a country’s economic growth. This is also why data technology has far less significance in terms of contribution and influence in driving economic growth than technology from the Industrial Revolution.

Now, the Biden administration that is trying to diversify the US supply chain and re-industrialise the US needs technology companies to be able to play a part in these sectors. If they cannot, then they have to at least allow the market to remain adequately competitive and let companies with the capabilities do so instead. Similarly, the Chinese government that has gone through top-level planning and mapped out the development of high-end precision industries clearly also hopes for true technological innovation, to shift economic growth from smart consumerism to smart companies.

And so, another question now is: will the Chinese government provide better IPO choices for these internet companies?

Of course, from the angle of the development and use of new technologies, the current priority of the Chinese government is to guide internet technology companies to focus innovation on the physical economy. However, the impact of the incident involving Didi cannot be ignored. Due to the China-US competition and wariness about data flow, more care will be taken with global venture capital investments. In particular, if China’s startups face roadblocks in getting listed in the US — which is the first place that China’s internet unicorns would want to get listed — then the chilling effect will spread.

And so, another question now is: will the Chinese government provide better IPO choices for these internet companies? Within China, apart from Hong Kong, can mainland China build an environment based on the capital market system and looser regulations on capital accounts? And ensure that it can meet startup funding needs in gaining resources and market share, while attracting foreign capital and companies?

Technological innovation and competition are not limited to the level of technology in itself. It is also dependent on support systems such as the capital market, financial market, intellectual property, as well as property rights. All these are areas of interest in the China-US technological competition, and important variables in determining where they stand in future.

Related: Ride-hailing giant Didi slapped with Chinese cybersecurity review days after IPO | Why is Beijing punishing Didi? | Why platform companies seek monopoly and what happens when governments rein them in