Why is Beijing punishing Didi?

China’s online ride-hailing company Didi Chuxing was listed in the US on the eve of the Chinese Communist Party’s 100th anniversary, only for the authorities to announce a cybersecurity investigation into Didi just two days later. Along with other actions taken against major companies such as the Ant group, Zaobao correspondent Yang Danxu asks: Is there a political message for Didi and other companies? 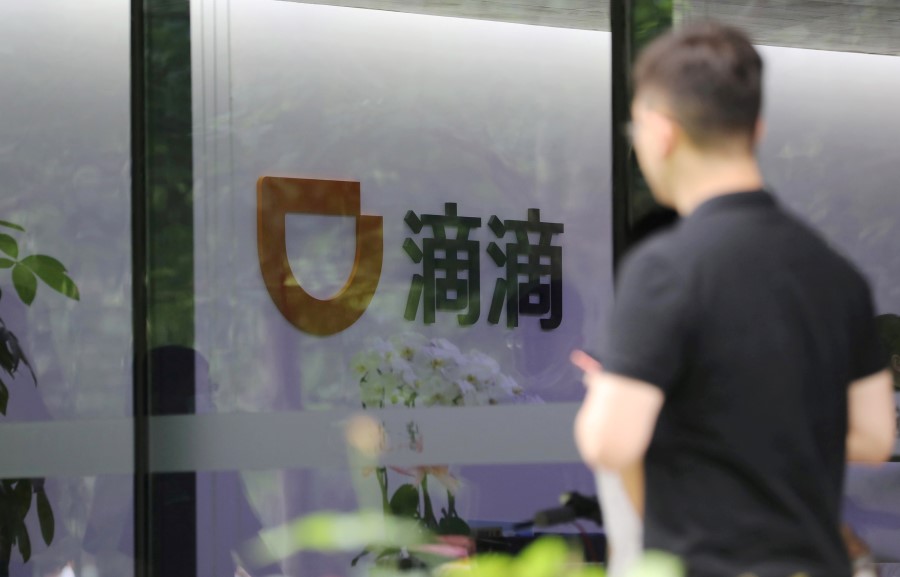 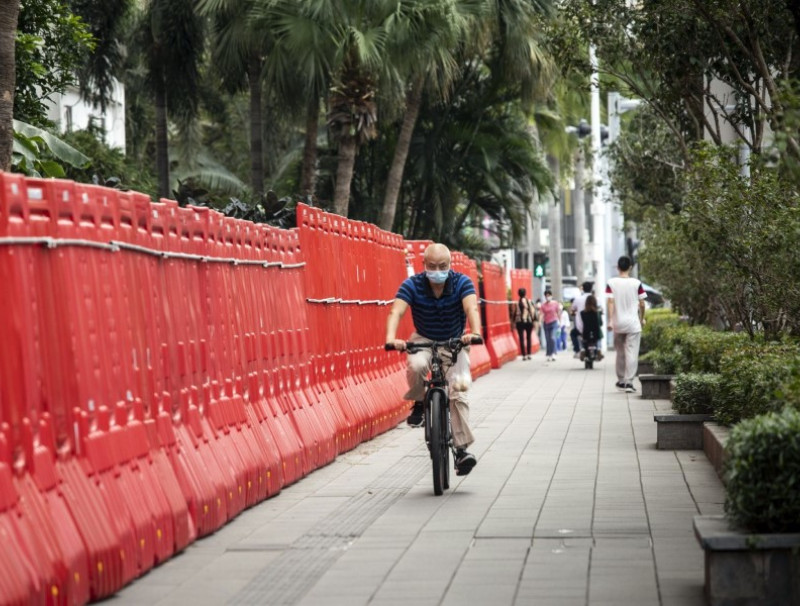 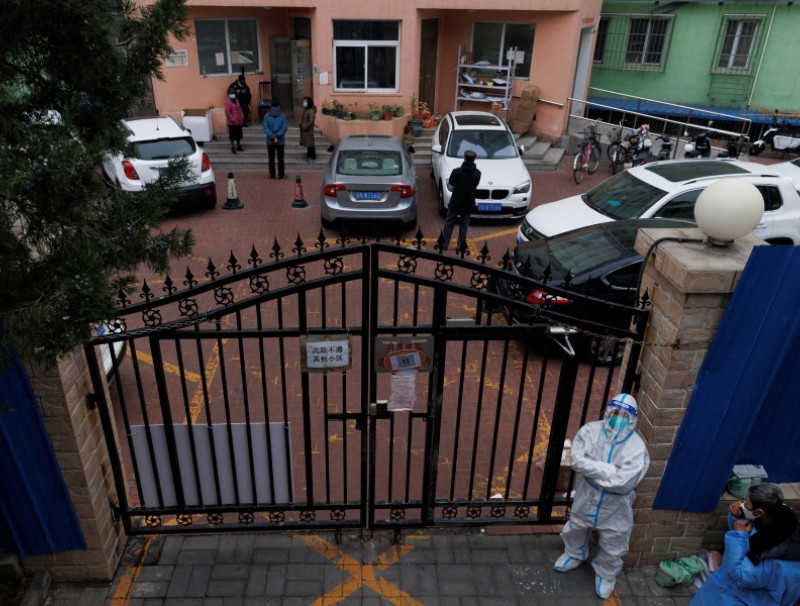 Candice Chan - 21 November 2022
Various areas in China have responded to the new “20 measures” for Covid-19 controls, as announced by the Chinese central government on 11 November. Zaobao’s China Desk takes a look at how various local authorities have — or have not — adjusted their measures and the public’s reaction.
Read more
Translated by Candice Chan on 7 July 2021

The day after the 100th anniversary of the Chinese Communist Party (CCP), the Chinese regulatory authorities hit hard at online ride-hailing company Didi Chuxing, which immediately became the focus of international media. News about Didi attracted more attention on social media than even the CCP’s 100th anniversary celebrations.

On 2 July, the Chinese authorities announced a cybersecurity investigation into Didi, and two days later even the app was removed. Investors were shocked by the sudden action, which the authorities justified on grounds of preventing risks to national data security, safeguarding national security, and protecting public interests. The timing has also provided much room for speculation.

A fellow journalist sighed that with China-US relations the way they are, for Didi to get listed in the US — and on the very eve of the CCP’s 100th anniversary — shows “really low political awareness”.

This is especially important when it comes to major events; one has to have an instinctive feel for the current situation and know what can be done, and what will lead to “serious consequences”.

A lack of political awareness?

To put it plainly, this is a form of political intelligence. Chinese officials need to have political awareness for their career advancement, and the same goes for regular folk or any company doing business in China. This is especially important when it comes to major events; one has to have an instinctive feel for the current situation and know what can be done, and what will lead to “serious consequences”.

My colleague also shared a conversation with a cab driver many years ago while she was working in Beijing.

That was the year of the Beijing Olympics. The driver complained to my colleague that he had to go for refresher classes on driving safety because Beijing had to maintain its image as the nation’s capital, and major safety incidents were an absolute no-no. Cab drivers were also instructed not to get into disputes with passengers, especially Westerners.

My colleague was amused and asked the driver: “You mean if there were no Olympics, you could get into serious accidents, and arguments with passengers?” Without missing a beat, the driver replied: “No! But during the Olympics, if we got into any accidents, if people got hurt or died, or if there were disputes with Westerners, that would be a ‘political issue’.”

Until today, my colleague still finds the conversation telling — even a cab driver in Beijing has such acute political awareness, right down to his bones. How could a company like Didi not be politically aware?

Didi was listed in the US on 30 June, the eve of the CCP’s 100th anniversary. One reading is that Didi wanted to quietly and quickly get listed while the authorities were mostly focused on the CCP celebrations, hoping that its actions would be irrevocable. To be fair, when it comes to something as big as getting listed in the US, it is not realistic to aim for a fait accompli. From recent media reports, China’s regulators knew what Didi was doing in getting listed in the US.

However, Didi is indeed suspected of playing with fire, and this is also one of the reasons why it has drawn the ire of the officials. The Wall Street Journal reported yesterday that weeks before Didi went public in the US, Chinese regulators had suggested that Didi postpone its IPO and urged it to conduct a thorough self-examination of its network security. But because Didi did not receive an outright order to halt the IPO, it went ahead with the plan.

Some analyses also pointed out that the Data Security Law that was passed at the National People’s Congress last month would take effect on 1 September. Once it is implemented, Didi is expected to face even tighter supervision because it controls a large amount of data. Didi could have rushed to get listed before the new law takes effect so that its valuation would not be affected.

Following what happened with Didi, many observers pointed out that amid an escalation of China-US competition, Beijing is trying to direct US-listed Chinese high-tech companies back to the mainland or Hong Kong. To enterprises, doing so is not only to avoid uncontrollable political risks amid China-US competition, but also to make a political stance. But during such a sensitive period, Didi, as one of China’s most valuable tech companies, only considered the convenience and high valuation of listing on the New York Stock Exchange — earning money in China on the one hand, while transferring profits into the hands of foreign investors on the other. This is clearly inappropriate for Beijing.

In the face of Didi’s mishandled US listing, Chinese supervisory departments will not take it lying down. Furthermore, what Didi has gotten itself into this time may have already touched a political red line.

While Didi did learn from Ant Group’s botched IPO last year and kept a low profile during the entire process, it would have misjudged the crux of the issue if it had believed it could scrape through. Ultimately, Ant Group or Didi were hit hard because Beijing thinks that these enterprises harm the interests of the country and people, and pose actual risks.

Didi not only stepped on a supervisory red line but also a higher level political red line. This company that has just gone international may face even harsher punishments as a result.

The business of Chinese internet companies penetrates all aspects of Chinese society. Didi controls a massive amount of China’s geographical and traffic data. Its network security issues far exceed the scope of illegal collection and use of personal information and have entered the realm of national security. To Beijing, this is a risk above all else and will not be tolerated.

Concerns about data security are also exacerbated by the escalating geopolitical competition between China and the US. As Chinese companies very easily become the targets of US supervision and sanctions, Beijing is also worried that Didi, for the sake of getting listed, would make concessions just to accommodate the US’s compliance requirements. And China would lose its sovereignty over data pertaining to national security as a result. Hence, China needs to take measures against enterprises to firmly build a “firewall”.

In this sense, Didi not only stepped on a supervisory red line but also a higher level political red line. This company that has just gone international may face even harsher punishments as a result.