Why half of Chinese youths want to be an influencer

Recently, an influencer from Zhengzhou in China reportedly repaid about six million RMB in back taxes, prompting people to question how much influencers or internet celebrities actually make. Do all influencers earn top dollar? Media commentator Yuan Guobao looks into the highs and lows of this volatile industry. 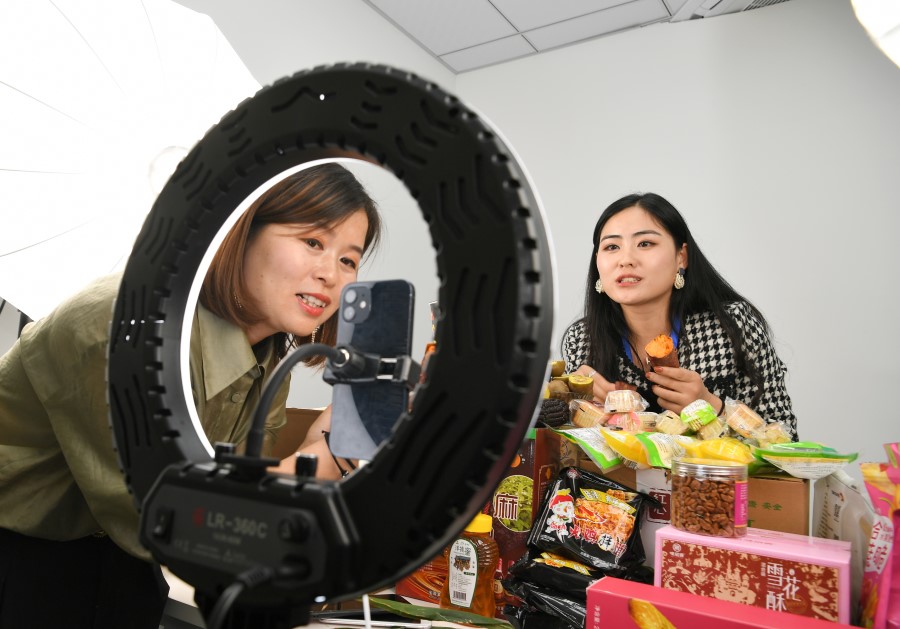 Candice Chan - 5 August 2022
China's "Foundation Plan" for iron ore has gained much official support, and is aimed at reducing reliance on foreign sources of iron, including Africa and Australia. The only way to do this effectively is for China to ramp up mining of its own iron resources. However, these resources are scattered and difficult to access, and of lower grade. This means China has its work cut out if it is to succeed.
Read more
Translated by Candice Chan on 28 October 2021

On 11 October, the top search on Weibo was: “Zhengzhou pursuing more than six million RMB in back taxes from influencer”. The news sparked a furore, with netizens speculating on the identity and annual income of this influencer.

Admittedly, in this information age, through a camera lens, influencers have gotten closer to the masses. Under the halo of their work, many people see influencers through a heavy filter: supporters feel this is the easiest job to make money in the 21st century, while detractors feel that the difference in calibre among industry players makes it a questionable job at best.

The fact is, as an emerging industry in the age of new media, being an influencer is not so different from any other job. Behind the sizeable income are risks that the average person would not be able to take. In this capitalist game, perhaps there are no winners or losers in any true sense.

Top of the pyramid: influencers working in livestreaming e-commerce

This incident involving an influencer and their taxes started with a report in Zhengzhou Wanbao (郑州晚报, Zhengzhou Evening News).

Recently, the tax administration authorities for Jinshui district in Zhengzhou analysed big data automatically pulled from its information systems and found a large and suspicious tax arrear in 2020, linked to an online streamer. Subsequently, this influencer cleared the tax arrears in 15 payments — 6.35 million RMB in owed taxes plus a late penalty of 278,000 RMB, for a total of 6.62 million RMB.

Clearly, the money-making ability of influencers is far greater than most salaried workers. As for the specific genre that the influencer in question worked in, netizens are speculating that it is livestream sales.

This is not without basis. According to a study by iResearch Consulting Group, in 2020, China’s livestreaming e-commerce market was worth over 1.2 trillion RMB, with annual growth of 197%, forecasted compound annual growth of 58.3% over the next three years, and a forecasted worth of over 4.9 trillion RMB by 2023. As of the end of 2020, there are some 1.23 million livestreamers on various platforms with an annual income of over one million RMB, and at least a few thousand livestreamers with an income of over 10 million RMB.

Clearly, the livestreaming e-commerce industry has taken off over the past couple of years to become the top-earning genre among influencers, which has also brought e-commerce streamers to the apex of the influencer pyramid.

However, an industry player feels that the influencer who repaid their taxes is not an e-commerce streamer as people have guessed, but more likely a live vlogger. This person feels that based on this streamer’s income and the region that he hails from, “an ordinary sales streamer would not earn so much”. He added, “High-earning sales streamers are mostly in Hangzhou and Shanghai. This influencer is in Zhengzhou, which really doesn’t have such a strong catchment of sales streamers. But it would not be surprising for a live vlogger to have such an income.”

But what is certain is that no matter which genre, the income of streamers can go beyond hundreds of millions of RMB, which is higher than most industries.

...over 60% of all A-share companies made less in net profits than an internet celebrity [Li Ziqi].

The link between influencers and capital goes back to 2016 and “Papi Sauce” (internet celebrity Jiang Yilei), when the latter obtained 12 million RMB in funding from ZhenFund and Luogic Talkshow, marking the point when influencers started gradually moving towards capital.

And in 2019, the annual income of top sales streamer Li Jiaqi was revealed to be nearly 200 million RMB, and he even became a top search with his reported purchase of a mansion worth 120 million RMB. While his assistant subsequently rebutted the rumours, it showed ordinary folk that it was possible for one’s income to jump from 10,000 RMB monthly to ten million RMB yearly.

Statistics show that the number of MCN organisations have been increasing since 2015. At the end of 2020, the size of China’s MCN market reached around 24.5 billion RMB, more than 30 times the size in 2015.

Although the internet celebrity economy is booming and livestreamers are earning lots of money, this is not the case if we look across the industry.

The Beijing News (新京报) reported that China currently has more than 130 million livestreamers. This means that one in every ten individuals is a livestreamer. According to a report released by the China Association of Performing Arts, most livestreamers only earn around 3,000 RMB to 5,000 RMB a month. Observably, the Matthew effect of the internet celebrity industry, or the adage that the rich get richer while the poor get poorer, is very obvious.

In addition, internet celebrities mainly earn their money through traditional channels, mainly via microcommerce models such as embedding paid promotions, selling memberships, and receiving gifts from VIPs and fans. What’s worse, the specific business models of each monetisation method is not even clear. For example, when an advertisement is placed on a certain platform, how are the relevant parties involved — the livestreamer, platform, MCN organisation, and so on — to split the profits? What are the protocols involved? How much will each party receive? Which channels are necessary and which are redundant? At present, a transparent standard operating procedure that is recognised by the whole industry does not exist.

The Pareto principle applies to every industry and the internet celebrity economy is no exception. In the current internet celebrity industry, only those at the top of the pyramid get a piece of the pie. Those in the middle and lower ranks struggle to stay alive.

Wrangling with MCN organisations over the distribution of profits has almost become the norm in this industry.

Soaring up or crashing down?

But internet celebrities at the top of the pyramid are not having it easy either.

While they have better money-making skills, because they are limited by an MCN organisation, there are still great risks involved. Among them, the distribution of profits will always be a problem. For example, vlogger Li Ziqi is currently in a dispute with Weinian (the MCN agency that manages Li). On 13 September, her assistant clarified on Weibo that rumours that Li’s team got poached are false, but she is indeed facing problems with her agency.

Wrangling with MCN organisations over the distribution of profits has almost become the norm in this industry. But it is much less common for top internet celebrities like Li to be facing such situations.

For a long time, internet celebrities who could only rely on themselves found it difficult to achieve large-scale commercialisation due to limited resources. Supporting MCN agencies were able to provide them with security in the other aspects of the business aside from content creation. Amid intensifying content competition across various platforms, signing on with an MCN agency may be the only choice for new internet celebrities.

But after their brand is successfully built, many internet celebrities do not have as much freedom as outsiders think when it comes to income distribution. Last May, Bilibili blogger “Xiangxiang Da Zuozhan” (翔翔大作战), who is now known as “Baituo le Xiaoxiang Ge” (拜托了小翔哥), uploaded a video claiming that when he requested the company to amend unreasonable terms in his contract, his accounts on two other platforms got frozen instead, while his Bilibili account could be taken down.

This is certainly a fatal blow to any blogger who survives on creating content. Conversely, MCN organisations are also highly reliant on thriving internet celebrities. Once any of them threaten to leave or get embroiled in negative news, MCN organisations lose the upper hand as well.

The fate of Ruhnn Holding, the first internet celebrity e-commerce company to be listed, is closely tied to that of top internet celebrity Zhang Dayi. When Zhang became embroiled in a scandal in April 2020, the company reported a net loss of 56.6 million RMB in the second quarter of the year.

You may rise to fame overnight, but you can also vanish into thin air just as fast.

Thus, as glitzy as the internet celebrity industry may seem, risks and profits are part of the deal. You may rise to fame overnight, but you can also vanish into thin air just as fast. While most people are not trendsetters, they can decide on their own position in the world. Thus, being an internet celebrity who stands at the top of the pyramid is not a game that everyone can excel at.