We live in an increasingly globalized world, and yet nationalism is on the rise. How is the country related to the individual in our times? Many proclaim patriotism on social media, but how does that translate into actions in real life? Deng Xize from Sichuan University gives his take from China. 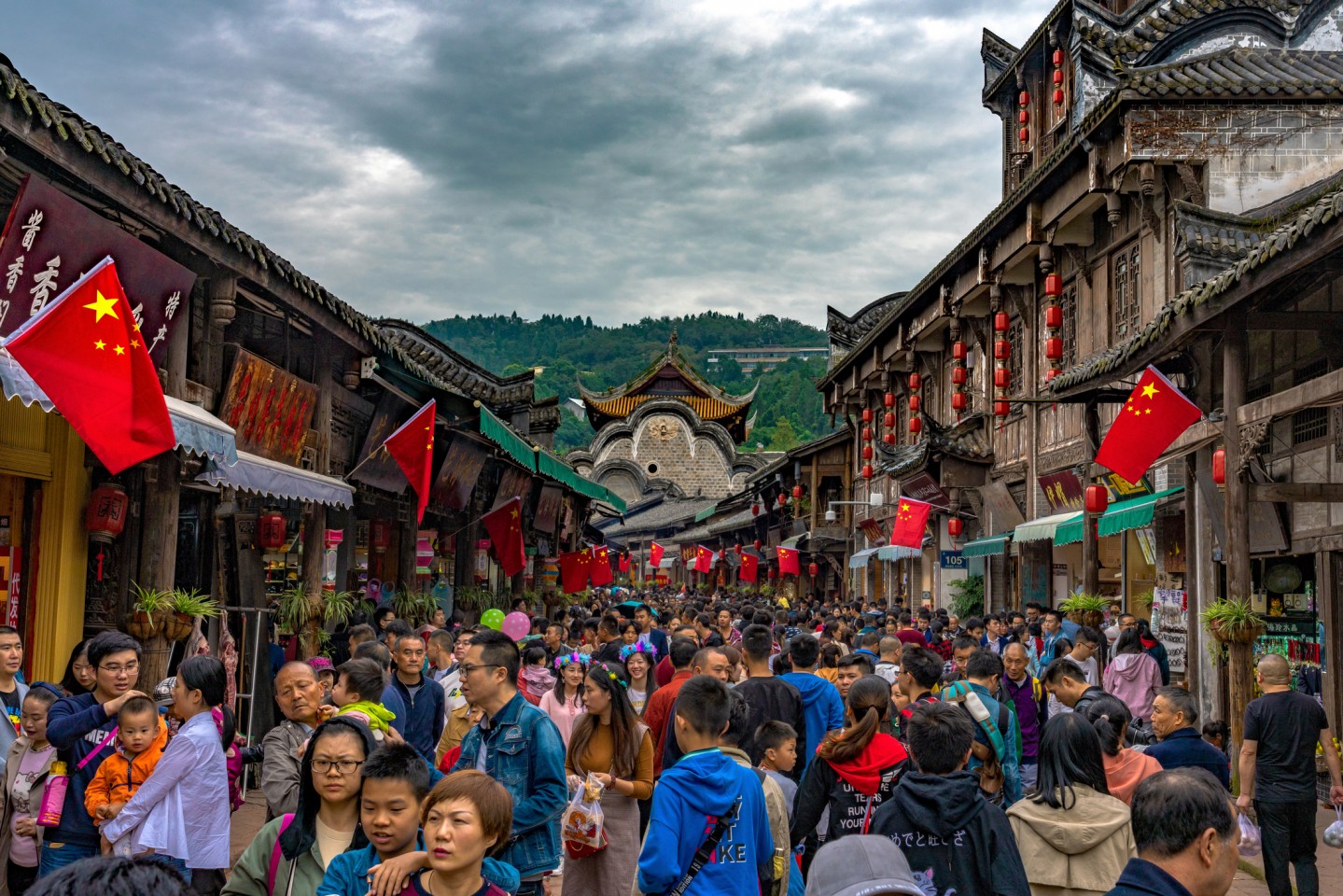 For most people, after posting an update of their patriotism, everything goes back to normal immediately. (iStock)

Grace Chong - 27 January 2023
Regulators are ramping up efforts to cull poorly performing firms and those that violate the rules or break the law. A record number of companies got the boot from Chinese mainland stock exchanges last year, and that number could even double in 2023.
Read more
Translated by Grace Chong on 7 October 2019

Recently, there has been an influx of what I’d call “patriotic fast food” plastered on my WeChat “moments” (the name WeChat uses for its social feed of updates from friends). The reason why I termed these posts “fast food” is because they only fill your stomach temporarily, have low nutritional value, and eating too much of them may make you sick.

If your country is strong, it can invade and rob. It’ll be too busy robbing others to rob you, and may even give you a share of its loot on good days.

I want the country to be better-developed so that I get a piece of the pie too. Selfish, I know.

To me, I deeply feel the close relationship between the fates of the country and its people. I often tell my friends and students that if the Cultural Revolution were to continue for another decade, our generation will be completely wrecked. Our brains either become damaged, or we will be considered “crazy” (if you didn’t go with the flow in that circumstance, you’d really be crazy).

If the country didn’t restore normal education, I’d be inheriting the mantle of my ancestors - farming, and I’d be a problematic farmer at that. If not for the gradual opening up of national policy that allows self-examination and public application for postgraduate recruitment, I would never have come this far.

There’s only a type of love and hate that remains obscure to most: whether someone loves their country or not.

On this level, I’m consciously patriotic. Because of this, I’m often bogged down by gutter oil food safety issues and immensely worried over the South China Sea. I want the country to be better-developed so that I get a piece of the pie too. Selfish, I know.

But what makes me perplexed is, how do we tell if someone is patriotic or not through their behaviour? Just like determining if someone loves another through their behaviour; we know there’ll definitely be differences in the latter, but what about the former? I dare not say. For most people, after posting an update of their patriotism, everything goes back to normal immediately. The selfish remains selfish, the corrupt remains corrupted, and the rebel remains a rebel. There seems to be a clear distinction between love and hate of a multitude of things; there’s only a type of love and hate that remains obscure to most: whether someone loves their country or not.

If you are patriotic, what have you done for your country?

If there is no difference in loving and hating something, is that still love? The article “Examinable loyalty and motives” in my book, The Uncompromising Mind (《唯思想不可随波逐流》) (The Oriental Press, 2017, 东方出版社2017年) reads: “A person takes all the good things first and keeps the bigger portion to himself. This person says he loves you. Will you believe him?” “A person abandons you in the face of danger and leaves you to face it alone. This person says he’ll protect you. Will you believe him?” “If he is your friend, and he sincerely says he has your interests at heart, will you believe him?” “Some officials in the past may still dare to bare their assets but officials today are reluctant to do so. Yet, they blatantly swear loyalty to the party and the people, and pledge against corruption. Will you believe them?”

Of course, I’m not being a perfectionist about patriotism. We should not stand on moral high ground to condemn others, neither should we employ moral coercion.

If you are patriotic, what have you done for your country?

Perhaps people would interrogate me, “So how have you shown your patriotism?” In all seriousness, my reply would be that I can’t do much, but I can at least do the following. First, I will strive to speak the truth at all times, be it in my writing or teaching. Second, I will never become a puppet or a brown noser in my academic and teaching career, nor forsake what I stand for to conform to society. Third, I will provide my students and readers with unorthodox teachings and thinking skills for the betterment of human civilisation. Fourth, I will gladly take some risks if that’s what it’d take to fulfil my aforementioned points. If I wasn’t patriotic, I wouldn’t need to do any of these.

Perhaps I was born a lone-thinker. But I’m pretty big-hearted by nature; I’m not a lone-ranger nor a hermit. I just never enjoyed group activities since I was a child. I was never the ebullient kid that my other classmates were whenever we celebrated Children’s Day. Is the celebration for me? Are my classmates exuberant just because the teachers wouldn’t scold us on Children’s Day (most of the time)? When I was studying at teachers’ college, the highlight of the school year was the annual Sports Day that lasts for three days. I don’t enjoy sports and have no interest in watching the fun. I attended the Sports Day for three years, but the total time I spent there were less than 30 minutes. I was always wary of group activities from a young age. I believe that the masses are but a mediocre bunch and so it always pays to be wary of mass behaviour (being mediocre is not a bad thing. From another perspective, I even believe that being mediocre is the best thing; mediocre people are trouble-free). Therefore, up until now, I avoid group activities, including work meetings and group tours. The kind of interaction that I desire is one that is free of concerns and worries, one that allows mutual criticism and reprimand. I wonder if I am the “reincarnation” of the author of The Crowd: A Study of the Popular Mind (endnote 1).

Wang Gungwu: When “home” and “country” are not the same