A recent survey of 1,064 Chinese adults done right before the US presidential elections shows that Chinese people are much more favourably disposed towards Singapore than other rich nations such as Australia, Japan and the US. What does China see in Singapore? 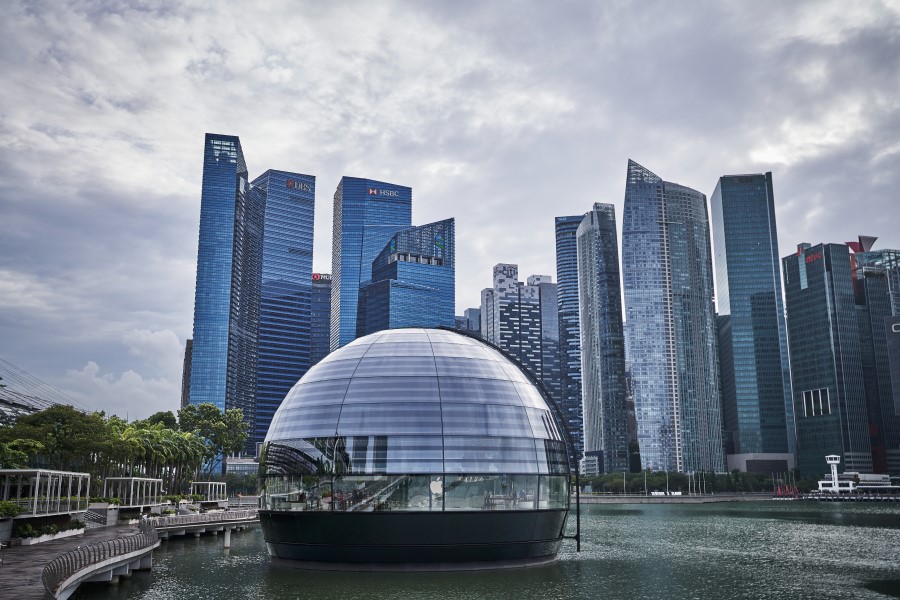 Candice Chan - 7 April 2021
China was among the fastest in vaccine development, but its progress in actual vaccinations has not been satisfactory. In this “second season” coronavirus fight to recover economically and reopen borders, vaccinations will be key. Will China resort to the crude measures it used in the early stages of the pandemic fight to increase its vaccination rates? Zaobao correspondent Yang Danxu reports.
Read more
Translated by Candice Chan on 1 February 2021

The year 2020 marked the 30th anniversary of the establishment of diplomatic ties between Singapore and China. The governments of the two countries recently reaffirmed that it is in their common interest to sustain their friendship. This sentiment is shared by the Chinese people. In our survey conducted in China in November 2020, Singapore is the most liked among 15 high-income countries in the world. Seven of ten mainland Chinese respondents hold either “very favourable” or “favourable” view of Singapore. Such positive feelings certainly benefit from and reflect a relationship marked by long-standing economic and diplomatic ties.

Economic exchanges have been the bedrock of the relationship, and bilateral cooperation has been extensive. Singapore played an important role in facilitating China’s integration into the global and regional economy. It lobbied for China’s accession to the World Trade Organization (China joined in 2001) and coordinated with other ASEAN member states to secure the ASEAN–China Free Trade Agreement signed in 2002.

The high regard for Singapore held by the Chinese is in stark contrast to their plummeting views of other advanced economies such as Australia, Canada, Japan, and the US.

In 2013, China became Singapore’s largest trading partner, while the latter emerged as the top foreign investor in China, with major projects such as the China-Singapore Suzhou Industrial Park, Sino-Singapore Tianjin Eco-City, and Chongqing Connectivity Project. Singapore has shown consistent support for China’s Belt and Road Initiative since Prime Minister Lee Hsien Loong’s visit to China in 2014.

Diplomatically, Singapore has been Beijing’s go-to convener for the two historic meetings with Taipei. The 1993 meeting between Wang Daohan and Koo Chen-fu, top officials responsible for managing cross-strait affairs, was the first official meeting across the Taiwan Strait since 1949. In 2015, Singapore hosted the Xi Jinping–Ma Ying-jeou summit, which was the first time the top leaders from both sides shook hands since Mao Zedong and Chiang Kai-shek did in 1945.

The high regard for Singapore held by the Chinese is in stark contrast to their plummeting views of other advanced economies such as Australia, Canada, Japan, and the US. In particular, slightly more than three quarters of Chinese polled hold either “very unfavourable” or “somewhat unfavourable” views of the US.

This divergence should not be surprising given how Singapore’s recent policies towards China differ from these countries on issues ranging from the Covid-19 pandemic to 5G technology.

Since the early days of the pandemic, Prime Minister Lee has expressed his confidence in China’s ability to handle the crisis. In March 2020, he remarked that China’s response to Covid-19 was much stronger and more comprehensive than its response to the severe acute respiratory syndrome (SARS) outbreak in 2003, and that the Chinese government was doing the best it could.

Meanwhile, the US and its allies criticised the Chinese government for its lack of transparency in handling the pandemic, with President Trump even calling Covid-19 “kung flu” in a racist play of words. While taking a less hostile approach, Australian Prime Minister Scott Morrison repeatedly called for an independent investigation into the origins of the pandemic, soliciting a warning from Beijing that following the US could damage the bilateral relationship “beyond repair”.

Singapore has continued to allow Huawei to bid for contracts and contribute to some aspects of the national 5G network...

On the technology front, the “Five Eyes” intelligence network of nations led by the US have sought to prevent Huawei from participating in the development of their critical infrastructure since 2019. They claim that the Chinese tech giant could tap on its extensive infrastructure for spying, with Canada arresting Huawei’s Chief Financial Officer over allegations of bank and wire fraud at the request of US authorities, pursuant to the extradition treaty between Canada and the US.

In contrast, Singapore has continued to allow Huawei to bid for contracts and contribute to some aspects of the national 5G network, allowing the company to develop the remaining frequency spectrum after allocating the majority to the country’s own Singtel and Starhub. Singtel and Starhub have chosen not to go with Huawei for their 5G networks.

Singapore, however, chose not to meddle with the South China Sea issue.

Finally, Western military pressure on China has ramped up significantly in recent years. Even during the pandemic, for example, American warships sailed through the Taiwan Strait an unprecedented 13 times in 2020, with Canada conducting similar operations. US freedom of navigation operations in the South China Sea also nearly doubled between 2018 and 2019. Again, American allies such as Canada and Australia have joined the US in sending warships to the South China Sea, and Australia has also explicitly echoed the US in arguing that Beijing’s territorial claims in the region are “illegal”.

Singapore, however, chose not to meddle with the South China Sea issue. Nevertheless, it has urged China to clarify its territorial claims and expressed its desire that China plays a role in maintaining regional stability.

In his visit to China in 1984, President Ronald Reagan made it clear that “friendship between people is the basis of friendship between governments”. He would be disappointed seeing the mutually strong negative feelings between his country and China today. While Joe Biden surely needs to reflect on this as he crafts his China policy, other US allies may also need to find ways to salvage their reputations damaged during the Trump era. For Singapore, its approach to China seems to have paid off in building goodwill among the Chinese people, which will undoubtedly help further strengthen the bilateral relationship in the post-pandemic world.

This article was first published by ISEAS – Yusof Ishak Institute as Fulcrum Commentary “Singapore in the Eyes of the Chinese: Amity and Likability” by Kwek Jian Qiang, Li Xiaojun, and Adam Y. Liu.