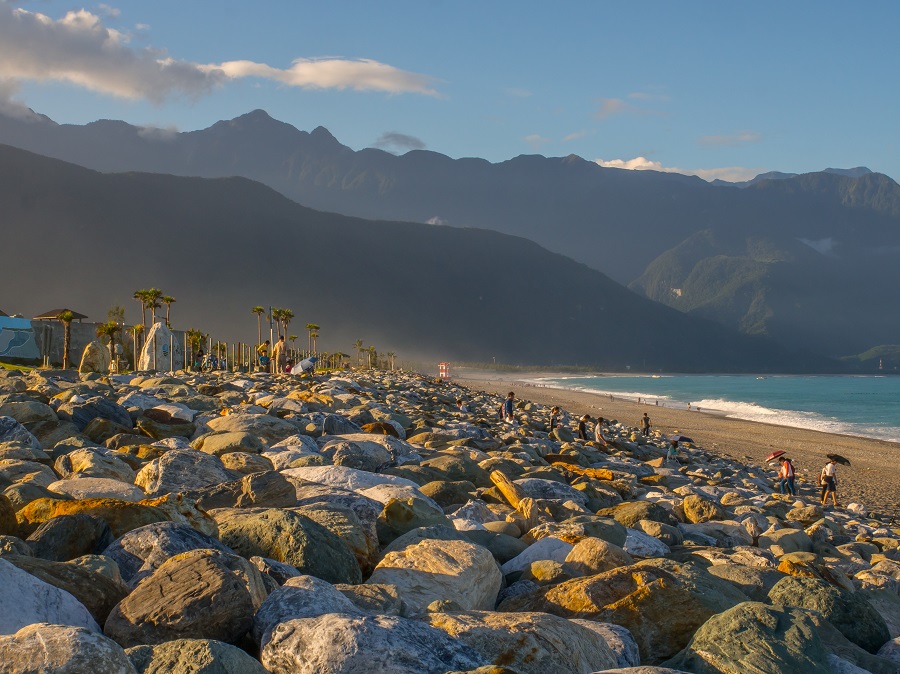 Grace Chong - 30 January 2023
Amid ongoing tensions, a high-level visit by US Secretary of State Antony Blinken to China in the coming week shows hope for improved relations between the two economic powerhouses. Zaobao correspondent Yu Zeyuan notes that while the meeting may not produce practical results, it is a much needed exchange to manage and control China-US relations from worsening.
Read more
Translated by Grace Chong on 24 February 2021

I stayed at the old campus of the National Hualien University of Education for a year in 2009. At that time, the university founded in 1947 had already merged with the National Dong Hwa University (NDHU).

The president of the NDHU gave me a tour of the new campus at Shoufeng Township and also invited me to stay there. But in the end, I chose to stay at the old campus in Meilun district instead.

I knew that the NDHU had invited a renowned American architect to design the campus when the university was first established. He left for the US after a brief stay in Taiwan, but his team came up with a beautiful computer-generated nature-based design that suited the new campus surrounded by mountains and the sea.

But I have a stubborn predilection for a certain architectural style. I have always believed that human-centred architecture must converse with nature, and nature is the wind, the sunshine, the mountains, and the sea — actually, it is what we traditionally call feng shui (lit. "wind water") or Chinese geomancy. Computer drawings will not produce a mindful and thoughtful design.

The old campus in Meilun district is plain and modest. It is located not far away from the Taroko National Park near Sanzhan River which I love, and also a mere ten minutes away from Qixingtan Beach. Besides, there are huge Royal Poinciana trees and India Padauk trees that are over half a century old on the campus, and in the year I visited, it was especially quiet since most students and teachers went over to the new NDHU campus following the merger. This made it extremely conducive for strolls, reading, and painting.

After dusk, I often strolled around the Four-Eight Highland military base. Surrounded by high walls, the inside of the military base is hidden from the outside world. But gunshots similar to those coming from shooting ranges would occasionally ring out. A bicycle track was built along the walls, and a 30-minute walk down the hill led to Qixingtan Beach. There, one could listen to the waves crashing on the shore until night fell and the stars filled the sky.

The screw pine is a plant I have been familiar with since my childhood. In the early days, dense jungles of screw pines grew along the Tamsui River coast. The screw pine has a twisted stem and its cluster of leaves has firm, sharp spines all around the edges, like knives and spears. After they wither and turn brown, the leaves look like the long dishevelled hair of female ghosts in ghost stories. Chilly, howling winds at night only make the sight more eerie.

The legend of “Sister Lintou” is one of the most widely known folktales among the Taiwanese people. While the story has different versions, it goes that after Sister Lintou was swindled and abandoned, she hung herself on a screw pine tree in despair and helplessness. Her soul has since been wandering around screw pine jungles as a result. She always had a black umbrella in hand, waiting for the boat that transports lost souls to the place of their longing.

I suppose grief and resentment will one day go away. And on this stormy shore, the indomitable souls of this island will one day discard their sorrow cowering beneath the black umbrella, and brave wild winds and waves with greater strength and valour.

The screw pine jungle used to be my playground when I was young. I would pluck the pineapple-like screw pine fruit and kick it like a ball. But I have never understood how Sister Lintou could have hung herself on such a shrub. Wouldn’t her body have been pierced by the spear-like leaves the moment she stepped into the screw pine forest?

When I listened to the story of Sister Lintou as a child, I always felt an indescribable sense of melancholy. How deep must one's hurt and sorrow have been, not to have let their soul be set free?

In my childhood, people often disposed of the dead bodies of their cats and dogs by the river. Each time I was near the screw pine jungle, the wind would carry with it the lingering smell of death as the decaying animal remains dangled off a shrub or floating in the waters, like vengeful ghosts on a bitter hunt for their killers and abusers from past lives.

It is bright and sunny today. Every single screw pine shrub seems to be glowing under the clear blue sky. This is my first time looking at screw pines this healthy and cheerful. I suppose grief and resentment will one day go away. And on this stormy shore, the indomitable souls of this island will one day discard their sorrow cowering beneath the black umbrella, and brave wild winds and waves with greater strength and valour.

Related: What I Ching and the mangrove tree flowers tell us about life | As pure as the driven snow, in a virtual and surreal world | Suzhou Museum: Why I.M. Pei failed to learn the lessons of the ancient Chinese | History, collective memory and the beauty of Taiwan's old train stations