The Thai military has been affected by the Covid-19 pandemic. Thanks to Chinese largesse, however, it will be able to secure the military kit it wants and continue its exercises with the People's Liberation Army. 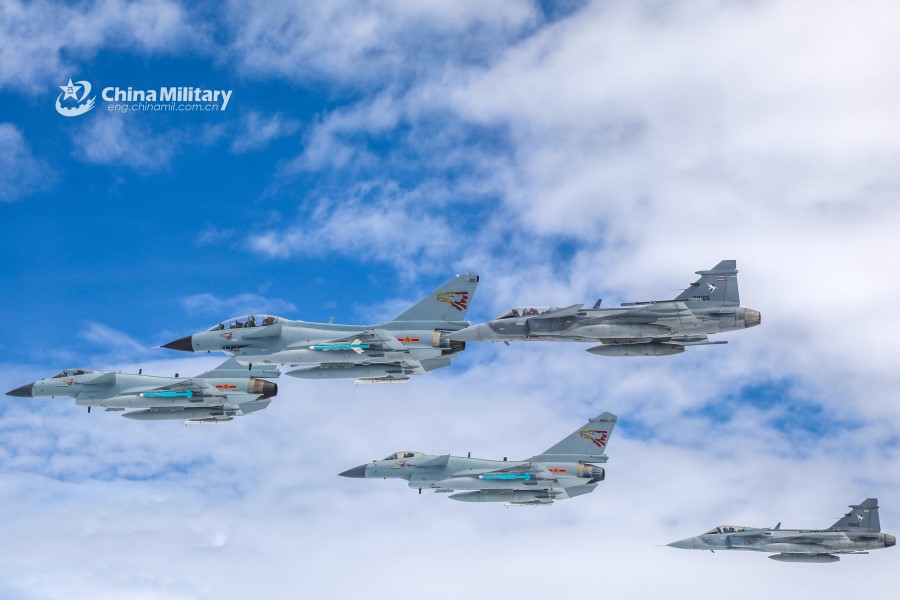 Candice Chan - 6 December 2022
Commentator Chen Kuohsiang notes that even after the 20th Party Congress and talks between Chinese and US Presidents Xi Jinping and Joe Biden during the G20 summit, the Chinese economy is not facing an easy time, not least because of Covid-19 controls, the US's trade restrictions and China's stringent policy on private enterprises.
Read more
Translated by Candice Chan on 2 June 2020

It is axiomatic that when countries enjoy high economic growth rates they can afford to raise defence budgets and splash out on new weapons. It is also true that when economic growth screeches to a halt, governments are forced to slash defence spending and cancel or at least postpone new acquisitions.

This is the situation that many Southeast Asian leaders now face. The impending global economic recession caused by the Covid-19 pandemic will hit Southeast Asia hard as worldwide demand for manufactured goods and commodities weakens, supply chains are dislocated and millions of would-be tourists stay at home.

Six million Thais have lost their jobs and another four million could be unemployed by the end of the year.

Shrinking revenues, huge economic stimulus packages and ballooning deficits mean that regional states will have less money to spend on their armed forces until their economies start to grow again. We are already starting to see evidence of this in Southeast Asia.

Among the ten ASEAN members, Thailand has been one of the worst affected. The country’s already anaemic economy is forecast to contract by 6.7% in 2020. Six million Thais have lost their jobs and another four million could be unemployed by the end of the year.

To pay for measures to contain the virus, Prime Minister Prayut Chan-o-cha ordered government ministries to cut their budgets by 10%. In April, after facing growing public criticism over its spending plans, the Ministry of Defence announced that some major acquisitions would be postponed, including two submarines from China, jet trainers from South Korea and a second batch of 60 Stryker armoured fighting vehicles from the US. Defence spending would be cut by US$565 million: the army would take a 57% hit, the navy 33% and the air force 23%.

The Thai armed forces is the only Southeast Asian military to hold annual exercises with all three branches of the People’s Liberation Army (PLA).

For the Royal Thai Armed Forces (RTAF) it is deja vu all over again. When Thailand’s economy buckled during the 1997-98 Asian financial crisis, it was forced to postpone buying new fighter jets, submarines, tanks and artillery. The pride of the Thai navy, the pocket aircraft carrier HTMS Chakri Naruebet, became a symbol of the RTAF’s pecuniary pickle. Commissioned only three months before the Thai baht collapsed in July 1997, lack of funds to operate the vessel kept it confined to port for years except for occasional deployments to assist with disaster relief missions.

What makes the 2020 crisis different from the 1997 one, however, is that the RTAF now has a rich benefactor that will ensure its requirements are met: China.

Thai-China defence cooperation is longstanding, but since the 2014 coup it has advanced by leaps and bounds. China has sold the RTAF 50 VT-4 main battle tanks and 30 ZBL-09 armoured vehicles, and has orders to supply it with three S-26T submarines in a hard to resist buy-two-get-one-free deal worth US$1.03 billion and a US$192 million, 22,000-tonne Type 071-E Landing Platform Dock (LPD, a large amphibious landing ship). The Thai armed forces is the only Southeast Asian military to hold annual exercises with all three branches of the People’s Liberation Army (PLA). Meanwhile, Thailand’s treaty ally, the US, kept the RTAF in cold storage until the Trump administration defrosted the relationship in 2017.

... when China (or any country for that matter) sells weapons to another country it gains influence within its armed forces.

Thailand’s economic crisis is unlikely to lead to a diminution in Sino-Thai defence cooperation for three reasons.

First, when China (or any country for that matter) sells weapons to another country it gains influence within that country's armed forces. That is because the equipment they buy will need spare parts and munitions throughout the course of their operational life (usually 20 to 30 years) and because the vendor also has to provide operational, language and even doctrinal training to the military personnel using it. As China expands its influence within the RTAF, it helps increase the wedge in the US-Thai alliance that has been growing since the 1997-98 financial crisis.

Second, and related to the first, China is keen to increase its arms sales across Southeast Asia, both to generate revenue and, more importantly, to deepen its influence with the region’s armed forces. Thailand — the first Southeast Asian country to buy Chinese tanks, submarines and an LPD — is good advertising for China’s state-owned defence companies. This may inspire other ASEAN members to follow suit.

Third, Thailand’s military-backed and pseudo-democratic government — largely composed of retired military officers who led the 2014 coup — is determined to ensure delivery of the relatively inexpensive Chinese-manufactured weapons so the RTAF can match the capabilities of neighbouring countries. This is especially true for the submarines, as Vietnam, Singapore, Indonesia, Malaysia and even Myanmar already operate such vessels and the Thai navy does not want to be the odd man out.

And if the RTAF can’t find the money to exercise with the PLA, China will subsidise those exercises (as it has done with neighbouring Cambodia).

As such, China will almost certainly agree to defer the annual instalments on the first submarine (which ironically is under construction in Wuhan where Covid-19 originated) and offer a generous financing package for the second and third vessels. It may also agree to build the necessary support and maintenance infrastructure for the subs free of charge. The sale of the LPD will also go ahead, once China has proffered the necessary sweeteners. We can also expect China to sell, at a bargain basement price, the Thai army the other 50 VT-4 tanks it wants. China may also accept a mix of hard currency and barter trade arrangements, as its strategic partner Russia does.

And if the RTAF can’t find the money to exercise with the PLA, China will subsidise those exercises (as it has done with neighbouring Cambodia).

At the end of the day, it will be a small price for China to pay in the intensifying competition for influence between itself and the United States in Southeast Asia. It will also strengthen China’s image in Thailand that Beijing is an all-weather friend who can always be counted on when the Kingdom faces a crisis. How the Trump administration will choose to respond remains to be seen.

This article was first published as ISEAS Commentary 2020/69 "Will the Covid-19 Crisis Affect Thai-China Defence Cooperation" by Ian Storey.