Following a nationwide power shortage, China moved to rein in coal prices starting in October 2021. But experts reveal that prices have become a huge problem again this year, as imports grow pricier due to the war in Ukraine and regulations such as the price cap prove inefficient. 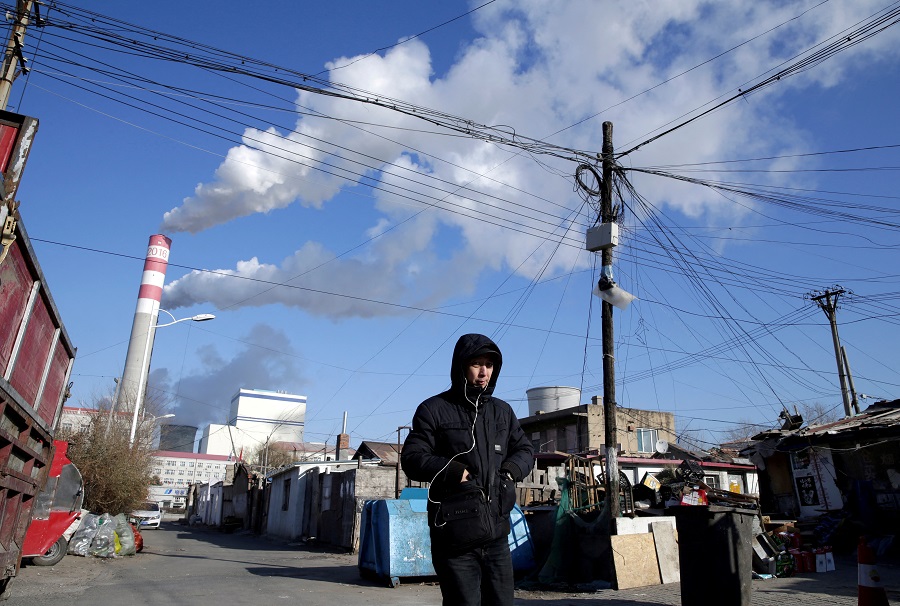 Grace Chong - 25 January 2023
With rumblings of US House Speaker Kevin McCarthy possibly visiting Taiwan in spring, Yang Danxu observes that this will not be the last we see of the “Taiwan card” being played by US politicians as they move into the second half of the current US presidency.
Read more
Translated by Grace Chong on 16 June 2022

On the last day of China’s Labour Day holiday in early May, some truckers in Inner Mongolia did not take a break. They were in a queue stretching dozens of kilometres, waiting to load up on coal at the privately owned Erlintu mine.

The line of idling vehicles was so long, it snaked back across the border into Shaanxi province, said Gao Jinxin, who works as a local miner in the Inner Mongolia autonomous region.

Demand for Erlintu’s coal has gone through the roof as China’s regulators have pushed coal miners to focus on meeting long-term contract deliveries first, Gao explained.

That has led to a shortage of coal for retail sales — those not conducted under long-term contracts — which Erlintu offers.

This has also pushed up the price of buying coal immediately, also known as the spot price. Since the week of 10 March, the price for a tonne of the benchmark 5,500 kilocalorie per kilogram (kcal/kg) thermal coal has mostly been more than 1,155 RMB (US$173). Even after that figure was set as the cap for coal prices by the National Development and Reform Commission (NDRC), on 7 May, prices remained well above that level.

As of the week of 26 May, the latest weekly report available, the price had reached 1,255 RMB, figures from the China Electricity Council (CEC) showed.

Even the price of long-term contracts jumped to 719 RMB per tonne in May, close to the upper limit of 770 RMB, according to a research note by Guotai Junan Securities Co. Ltd.

China moved to rein in coal prices starting in October 2021, following a nationwide power shortage, after a drive to cut coal output collided with a spike in power demand, and record prices had put downward pressure on stockpiles.

One of the biggest problems with the price cap mechanism... is enforcement.

The market stabilised late in 2021 after a series of government measures to boost coal supply and revamp the power pricing system.

But prices are likely to be a problem again this year, experts cautioned, as imports grow pricier due to the war in Ukraine and regulations such as the price cap prove inefficient.

One of the biggest problems with the price cap mechanism — introduced for different types of sales at different times in the first half of this year — is enforcement.

A spokesperson for NDRC said on 17 May that the economic planning body is closely monitoring coal prices and will take actions against any entity that prices the fuel excessively high, including investigations, and public criticism.

“Local governments in coal-producing regions have little incentive to enact the rule as lower coal prices will drag down local GDP and lower local tax revenue.” — a coal trade expert

Since the start of May, local officials in the provinces of Shanxi and Shaanxi and the autonomous region of Inner Mongolia have summoned misbehaving mine officials to meetings and asked them to sign pledges to obey the pricing rules.

However, no coal mining companies have actually been punished since the price limit was rolled out, a source at a privately owned power station in Guangdong province said.

“Without any actual reward or punishment, these measures mean nothing,” the power station source added.

A coal market analyst agreed, saying that “once people know that they don’t need to pay anything for a violation, even well-behaved entities will start breaking the rules.”

But enforcement is not the only issue. Given that different price ceilings are applied in different regions, they are easy to evade.

The price caps in neighbouring Shanxi, Shaanxi and Inner Mongolia range from 690 RMB to 855 RMB. This means that if coal producers are willing to bear the additional logistical costs, they can send their product to another region to sell at a higher price.

Another issue is that the current pricing mechanism only applies to slack coal, a specific type used by power stations. Other types of coal, including lump coal for chemical producers and heating, are not affected. This pushes miners to focus less on slack coal, to avoid the price cap, and thereby reducing supply and putting upward pressure on its price.

“The price is determined by supply and demand. Even with a government-set price ceiling, there is always a way to get around it,” said the expert, who emphasised that the key solution is not price controls, but improving supply.

“If the Ukraine war didn’t happen, coal supply in China would have remained stable this year,” said an expert familiar with coal-related policies.

But industry sources are not particularly optimistic about the supply outlook this year.

“If the Ukraine war didn’t happen, coal supply in China would have remained stable this year,” said an expert familiar with coal-related policies. As European countries have reduced their purchases of Russian oil and gas, they have bought more coal and pushed up global prices.

Since late February, spot prices at the world’s two largest coal ports — the Port of Newcastle in Australia, and Northern Europe’s Amsterdam, Rotterdam and Antwerp (collectively known as ARA) — have all soared from around US$200 per tonne to either more than US$300 or US$400 per tonne. On 3 June, the spot price in Newcastle reached US$411.60 per tonne, according to information provider Wind.

This has led buyers in coastal Chinese provinces to make more purchases from domestic miners, the expert said.

After last year’s power shortages, authorities gave the green light to 200 domestic coal miners to increase their annual output by a total of 320 million tonnes. In the first four months of this year, China’s coal output rose 10.5% year-on-year to 1.45 billion tonnes, according to the National Bureau of Statistics of China.

But this figure viewed in isolation does not tell the whole story. One coal market analyst told Caixin that some of this increased tonnage comes from lower quality coal.

... as demand goes up and spot prices rise, it is getting harder for suppliers to source additional coal to make deliveries on time.

The rising challenge of sourcing retail coal has had an effect on long-term contracts, which are often topped up with coal bought at the spot price.

The NDRC has demanded a 100% long-term contract delivery rate to power generators, but Caixin learned from sources that long-term contracts are still failing to deliver. The department head, for instance, said that its worst supplier only met about one-fifth of the contracted volume.

Another purchasing officer, who works at a Hunan province power plant, mentioned the same issue. Some of the plant’s contracted suppliers typically buy some of their coal from other miners to fulfill the contract, but as demand goes up and spot prices rise, it is getting harder for suppliers to source additional coal to make deliveries on time.

“Prices of thermal coal have been rising from the start of the year,” CEC wrote in the report. “In the first quarter of 2022, power stations paid 130 billion RMB more for thermal coal... More than half of the country’s power generators have sunk into the red.”

According to the CEC, the country’s electricity consumption only grew 5% year-on-year in the first quarter, two percentage points lower than the average over the last two years, due to Covid-19 restrictions.

CEC predicted that power consumption will rebound in the following months, ending up with annual growth of 5% to 6% this year.

This article was first published by Caixin Global as "In Depth: China’s Never-Ending Coal Price Woes". Caixin Global is one of the most respected sources for macroeconomic, financial and business news and information about China.