In the face of some turbulence in China’s economic indicators lately, academic Xu Le looks at certain bright spots amid falling aggregate demand and aggregate supply for a realistic gauge of China’s economic prospects in the coming months. 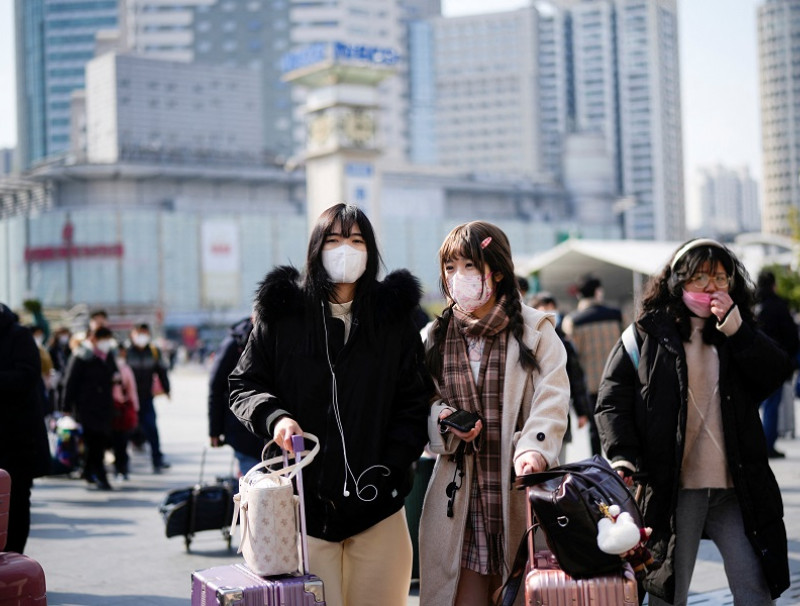 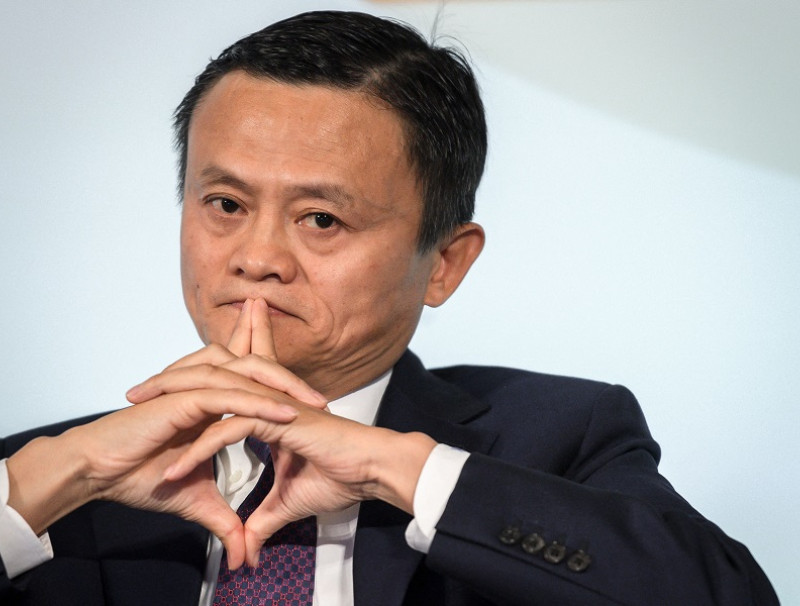 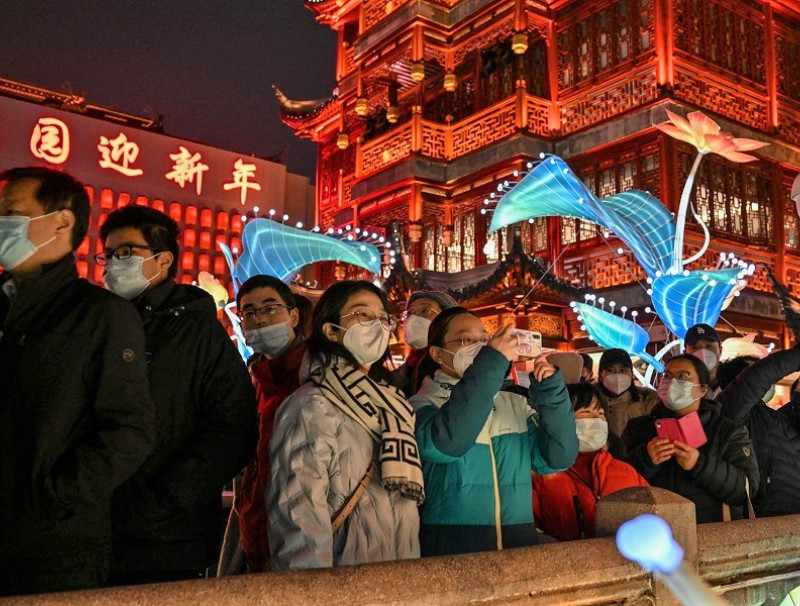 Grace Chong - 19 January 2023
China’s reopening to the world on 8 January has led to hopes that the Chinese economy will rebound sooner and faster than expected. Lianhe Zaobao correspondent Chen Jing speaks with experts and business owners to find out the obstacles ahead for China, and how China's reopening will impact the regional and global economy.
Read more
Translated by Grace Chong on 8 November 2021

China’s slowing economic growth poses challenges for the world’s economic recovery. According to recent data from the National Bureau of Statistics (NBS), China’s third quarter economic growth rate is 4.9%, which slowed down from the 7.9% growth in the second quarter. In particular, the manufacturing Purchasing Managers’ Index (PMI) in October was at 49.2, down from 49.6 in September, indicating that factory activities are shrinking.

Meanwhile, the Producer Price Index (PPI) hit a record high, rising 10.7% year-on-year in September, reflecting that industries face a higher cost in making products. It raises the pressure to pass on higher costs to consumers, which may lead to worldwide inflation.

China has been viewed as one of the engines for global recovery. However, the above data, along with several recent challenges such as a power crunch, the Evergrande Group debt crisis, supply chain bottlenecks and more disruptive pandemic restrictions, could hinder the recovery. Do these challenges bring in any market systematic risks? Can China’s policies restore economic growth? Should the other countries be alarmed by China’s economic slowdown?

The answer may be found in taking a closer look at China’s aggregate demand and aggregate supply.

Before the spread of the Delta variant, China successfully brought the number of infections to zero. Retail, tourism and manufacturing industries quickly resumed to pre-Covid levels. But the highly contagious Delta variant broke the peaceful equilibrium.

Aggregate demand is a measurement of the total amount of demand for all final goods and services produced in an economy. Consumption, investments and net exports are three important factors to determine the total demand.

Weak consumption has been a persistent problem in China, slowing the recovery of its economic growth. In 2020, China’s per capita consumption spending experienced a real decrease of 4% after deducting price factors.

Despite the rebound in the first three quarters of this year, the August retail data is very disappointing, growing only 2.5% from a year ago which is well below the 7% growth expectation. This is a result of China’s “zero tolerance” policy for Covid-19 cases and local lockdowns imposed in order to control the highly contagious Delta variant. The policies disrupted retail sales from returning to pre-Covid levels.

Before the spread of the Delta variant, China successfully brought the number of infections to zero. Retail, tourism and manufacturing industries quickly resumed to pre-Covid levels. But the highly contagious Delta variant broke the peaceful equilibrium. Since July, new infections have appeared in several cities which then halted all trains and flights, closed the local highways, conducted mass testing and imposed lockdowns.

There is no sign that these measures will be eased in the near term. The intermittent Covid-19 outbreaks together with the zero-Covid policy pose an economic threat and create uncertainty. On one hand, residents would have to stay at home, which decreases the demand for some consumer goods. On the other hand, some small businesses, such as retail stores, restaurants and travelling agencies, will incur higher operating costs due to the uncertainty. Some workers would even have to face lower income or even unemployment. This would further dampen domestic consumption.

Panic among investors and homebuyers will affect property sentiment. People with shrinking assets are likely to reduce their consumption and investment, affecting the aggregate demand even more.

China’s recent property crackdown policies have cast another shadow over the economy. The authorities decided to cut its reliance on real estate, a key driver of GDP growth. Housing activity accounts for about 29% of China’s GDP, which is far above the 10-20% seen in most developed nations, according to The Guardian.

Frantic real estate developers have loaded up on debt, bringing a crisis to the whole economy. Most prominently, the Evergrande Group, one of the largest property developers in China, racked up more than US$300 billion in debt because of the crackdown on property developers’ reckless borrowing and a sluggish property market. Whether the authorities will step in with a rescue is uncertain.

Panic among investors and homebuyers will affect property sentiment. People with shrinking assets are likely to reduce their consumption and investment, affecting the aggregate demand even more.

Fortunately, China’s export sector has outperformed expectations since the effective containment of the virus in early 2020. The outbreak of Covid-19 in developing countries, such as India, Thailand and Vietnam, has fuelled global demand for China-made products. China’s exports figures in September were unexpectedly robust, rising 28.1% year-on-year from a year ago. It reflects the solid global demand for Chinese products.

Aggregate supply not enough to meet demand for Chinese products

Will there always be enough supply to meet the global demand for Chinese products? To have sufficient supply, producers must have sufficient raw material and labour at reasonable prices. Unfortunately, China is struggling with severe energy and labour shortages.

Recently some local authorities in China have announced plans for power cuts in the coming months. This is because the country has failed to balance electricity demand with supply.

Factories need more power to meet a surging demand for Chinese goods. But many coal mines have been shut down in recent years due to China’s push for a greener electricity supply. The reduction of coal mines and a higher demand for electricity have naturally pushed up coal prices.

The power shortages have affected as much as 44% of the country’s industrial activity, according to estimates by Goldman Sachs. Many factories would have to either cut production or pass on the higher cost of production to consumers. That would lead to inflation both domestically and globally.

Wages have been rising but jobs are still unfilled. Many factories have turned down overseas orders and scaled down their production. This capacity limitation is undoubtedly slowing down economic growth.

At the same time, Chinese factories are facing a labour shortage. The younger generation have a disdain for factory work, as they perceive it to be dull and back-breaking. Even though many factory owners have upped their salaries and improved working conditions, it is still hard to find workers.

What’s more, China’s working age population, referring to those between 15 and 59 years old, is shrinking. It was down from 70% of the total population in 2010 to 63% in 2020, according to a Wall Street Journal report.

Wages have been rising but jobs are still unfilled. Many factories have turned down overseas orders and scaled down their production. This capacity limitation is undoubtedly slowing down economic growth.

China is restructuring its economy, shifting the manufacturing sector to higher value-add areas, and reducing high debt levels to avoid a debt crisis. It will definitely experience pain in the short term, presenting a lower-than-expected economic growth.

Currently, Chinese regulators are making every effort to deal with the default of property developers and trying to reduce systematic risks. If the debt crisis brought by the Evergrande Group cannot be resolved effectively, it will affect the GDP growth in the fourth quarter, as well as affect overseas financial markets negatively.

Last month, China loosened its pricing control on electricity, allowing energy firms to set prices in the open market. While this would push up the prices of electricity, it would also incentivise firms to supply more.

Earlier this year, China announced that it would allow couples to have up to three children. Subsequently, the government decided to regulate the private tutoring industry to alleviate financial burdens of young couples, with the hope that it would encourage them to have more children. The policy may not have a positive impact on economic growth in the short term. But in the long run, with more people responding to the policy, couples may have more children and this could help to fill the labour gap.

China views boosting domestic consumption as a priority in its 14th Five-Year Plan from 2021 to 2025. To achieve this goal, many provinces and municipalities are adjusting their minimum wages to increase household income. However, due to the recent inflation in food prices, the rising wages may not be enough to outpace the inflation.

Economy
China’s economy is bound to recover in 2023