Even as China talks of a “dual circulation” system and building a “super-sized domestic market”, it seems that its population of 1.4 billion has yet to translate into a strong consumer market. Zaobao correspondent Yang Danxu looks into what it will take for the Chinese government’s plan to work. Shoppers walking past a store of Italian luxury brand Prada at a shopping complex in Beijing, China, 19 September 2020. (Tingshu Wang/Reuters)

Candice Chan - 11 August 2022
China’s Big Fund has come under scrutiny following a series of high-profile corruption investigations involving key persons in the chip industry. The CHIPS Act was also recently signed into law in the US to counter China, which makes things even more difficult for the sector. Zaobao correspondent Chen Jing speaks to industry experts to find out how the Big Fund can come out of this crisis.
Read more
Translated by Candice Chan on 16 February 2021

Dual circulation refers to a new development paradigm in which domestic and overseas markets reinforce each other, with the domestic market as the mainstay.

“China enterprises still have a lot of growth pressure, motivation, and business imperatives, and so have to focus more on mining the potential of the domestic market.” - Zhongyuan Bank chief economist Wang Jun

Unsurprisingly, this strategy — proposed amid intensifying China-US tensions and a deteriorating external environment due to the pandemic — is set to be included in China’s 14th Five-Year Plan for 2021 to 2025, due to be unveiled at next month’s Two Sessions.

Zhongyuan Bank chief economist Wang Jun told Lianhe Zaobao that China-US trade frictions have dented efforts by many China enterprises to open up overseas markets, and while China will continue to open up, it will definitely be more difficult to open up external markets.

He said, “China enterprises still have a lot of growth pressure, motivation, and business imperatives, and so have to focus more on mining the potential of the domestic market.”

The Chinese authorities have not clearly defined “super-sized domestic market”, but academics and analysts generally feel that it will be reflected in the scale and quality of local consumption.

China Center for International Economic Exchanges (CCIEE) chief researcher Zhang Yansheng said it can be foreseen that local consumption will make up a significantly larger portion of GDP, while the number of middle-income earners — currently about 400 million — will also double.

China has a population of 1.4 billion, but this huge base has not yet formed a strong consumer market. While consumption has outstripped investments and exports to be the strongest driver in China’s economy, it contributes less than 60% of economic growth, and the figures lag behind when compared globally.

“As they are climbing, people invest their money and build funds to make a bigger cake for tomorrow, rather than spend it. China’s advantage of a large population has not translated into a super-sized domestic market.” - China Center for International Economic Exchanges (CCIEE) chief researcher Zhang Yansheng

Zhang noted that for a long time, as far as possible, China put its economic surplus towards production and investment.

“As they are climbing, people invest their money and build funds to make a bigger cake for tomorrow, rather than spend it. China’s advantage of a large population has not translated into a super-sized domestic market.”

According to figures from the International Monetary Fund (IMF), China’s household savings in 2018 accounted for 23% of its GDP. This is slightly lower than the 25% in 2010, but it is still far higher than the global average.

As China’s economy levels up, Zhang believes that more economic surplus will go towards consumption, to satisfy growing demand for a better quality of life.

Zhang also cited the Engel coefficient — expenditure on food as a proportion of household income — to show the potential of China’s consumption market.

He predicted, “In the next 15 years, China’s Engel coefficient would drop to approximately 20%. The population of 1.4 billion would spend 80% of their income on things besides food, forming a tremendous demand for goods and services.”

The new-generation Chinese’s change in consumer mentality would also be an important factor in China’s super-sized domestic market.

Zhang pointed out that the younger generation of Chinese born after 1995 is joining China’s consumer army. Their earning power and consumption preferences differ significantly from their predecessors as they are exhibiting a new consumption pattern that is more individualistic, varied, and experiential.

“When the younger generation becomes of age, they would not only account for the size of the super-sized domestic market, but also raise the quality of the market,” he said.

However, economists and analysts interviewed for this report also pointed out that the people’s incomes must increase in order to build a super-sized domestic market.

Without mincing his words, Zhang asserted that more of China’s created wealth must be distributed to the general public to build a super-sized domestic market by increasing labour compensation and reducing taxes. He also felt that people’s worries about spending money should be reduced by adopting social security reforms.

Head of macro research at China’s Minsheng Bank Research Institute Wang Jingwen told us during an interview that there had to be sufficient consumption capacity in order to build a super-sized domestic market. That is, the middle class must continue to grow; this involves constantly growing the pie and also distributing the pie.

Wang Jun pointed out that...barriers in the internal market, imbalanced regional development, as well as local protectionism and differences in business environments would limit the potential of domestic demand.

The crux of the issue, he summed up, was “how to avoid further widening the income gap, and to make income distribution more just and fair, so that more people can benefit from economic development”.

This income gap is also reflected in imbalanced geographical development. Wang Jun pointed out that while China’s market scale is adequately large, barriers in the internal market, imbalanced regional development, as well as local protectionism and differences in business environments would limit the potential of domestic demand.

Some analyses show that the pandemic has intensified structural problems — such as a widening income gap, heavy reliance on inefficient state-owned enterprises, the lack of a comprehensive social security system, and so on — that have long inhibited the purchasing power of Chinese consumers. Strong political will is needed to solve these problems.

Another economist thinks that rising house prices could be another factor inhibiting consumption among the Chinese as younger families are forced to save up for a house instead of spending their money on other items.

According to a study conducted by economics professor Gan Li of Texas A&M University and as quoted in The Wall Street Journal, a “5% gain in China's housing prices leads to a 4.5% decline in consumption among families saving up to buy houses”.

Zhang said, “Houses are for living in and not for hyping up. Actually, there should be another sentence following this: It is not only the wealthy who need a house to live in; the poor need a roof over their heads too.”

Related: 'Driving the blade inwards': Why China may join the CPTPP | China set to overtake US economy sooner than expected, but it is worried | How China’s dual circulation strategy will affect the world economy | Will China's inward economic shift lead to a closed society? | Can the domestic market save jobs, livelihoods and companies in China? 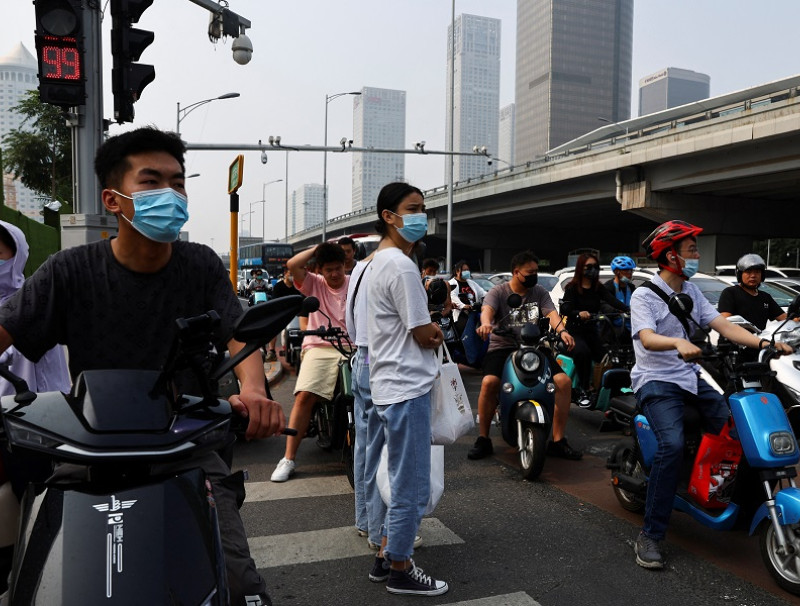