While China’s latest third quarter year-on-year growth rate of 4.9% is still considered strong, some international commentaries have recently revisited the idea that “China’s economy is collapsing”. Taking a hard look at the situation of power cuts, a depressed property sector and the fact that state media saw fit to rebut these conjectures, Yang Danxu notes that there is some truth to slowing growth in the Chinese economy. However, the larger question is not how many percentage points drop here and there, but if downward momentum will shake the nation’s resolve to make structural adjustments for the good of the long-term health of the Chinese economy. 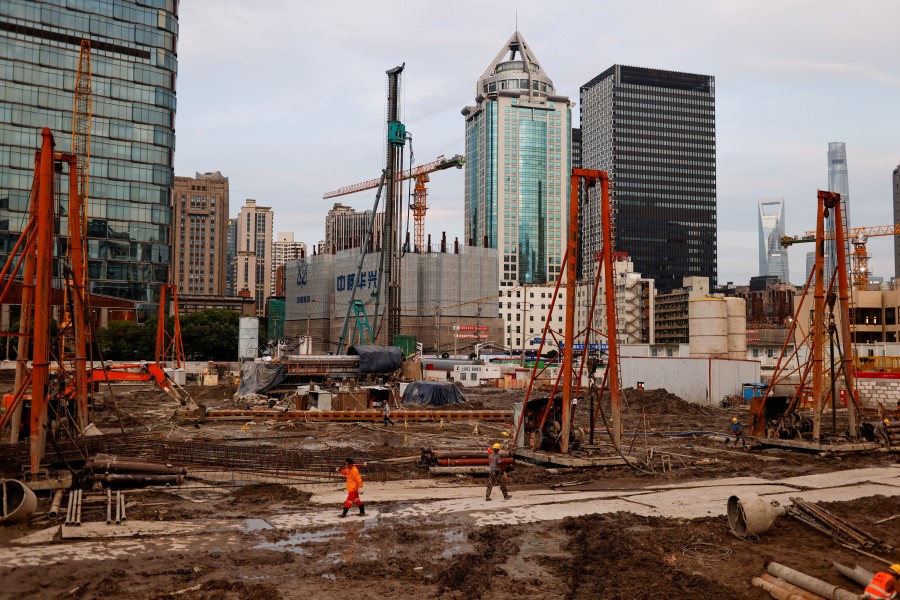 Candice Chan - 25 January 2023
While the Americans have made noticeable progress in their “pivot” to Asia, the crux of successful regional engagement rests on Washington’s ability to work with and around China’s indisputable links and influence in this part of the world, while managing its own relationship with Beijing.
Read more
Translated by Candice Chan on 28 October 2021

Following the release of China’s latest economic figures, the theory that “China’s economy is collapsing” has resurfaced.

A Business Insider article on 24 October described China's economy — the second largest in the world — as “teetering on the brink of disaster”, adding that if China goes down, the whole world will collapse with it.

And this week, New York Times columnist and economist Paul Krugman wrote: “Warnings about the Chinese economy aren’t new — but until now the worriers, myself included, have been consistently wrong. Back in 2013, I suggested that China’s growth model was becoming unsustainable, and that its economy might be about to hit a Great Wall; obviously that didn’t happen.”

Eight years on, Krugman feels that “the more closely you look at how China has been able to keep its economy going, the more problematic it looks. Basically, China has masked underlying imbalances by creating an immense housing bubble. And it’s hard to see how this ends well.”

18 months after the outbreak, the momentum of China’s economic recovery is slowing.

Indeed, there have been worrying signs in China’s economy recently. Last week’s official figures show that in the third quarter of this year, China’s economy grew just 4.9% year-on-year, the slowest growth in a year. But while 4.9% growth is still impressive compared to other countries, before the pandemic it would have been hard to imagine China’s economic growth falling below 5%. This also sends a strong message that 18 months after the outbreak, the momentum of China’s economic recovery is slowing.

Before the third-quarter figures were released, there were already signs of China’s economic slowdown. In September, China went through a rare energy crisis, with sudden power rationing in northeast China, bringing the focus on how daily life was affected. This was already preceded by a sustained energy shortage among manufacturing facilities, where many factories had to stop operations due to energy restrictions.

Another sign is the rapid cooling of the property market. The Chinese authorities have always tried to clamp down on property speculation and limit excess loans when it comes to property companies. These harsh measures are working — investments, sales, and new constructions are all on a downward trend.

Last month, it was big news that Chinese property company Evergrande was in debt to the tune of nearly 2 trillion RMB (S$421.8 billion). Investors around the world were worried that the Evergrande crisis might spread and a China-style Lehman Brothers crisis would come crashing in. While the Evergrande debt crisis is under control, there is a lot of attention on whether the property-reliant Chinese economy will be shaken by property cooling measures.

The unpredictable pandemic and China’s firm zero-Covid policy also continues to affect the economy. In July, the pandemic situation in Nanjing led to a strict localised lockdown, dealing a big hit to the tourism, food and beverage, and other industries. Quoting statistics from Flight Master, The Economist reported that in August, airlines were operating at less than half their capacity, and at two-thirds their capacity in September.

In October when the tourism industry gradually regained its footing, another wave of local infections broke out again in the middle of the month. Inter-provincial tour groups were later suspended in Beijing, Inner Mongolia, Guizhou, Gansu, Ningxia, Shandong and so on. Recently, this saying has gone viral online: “This year, the tourism, exhibition and hotel industries are just like a donkey pulling the mill. When the donkey is healthy, the mill is broken. When the mill has been repaired, the donkey is sick. When both the donkey and mill are ready, the reins are broken. When the mill and reins have both been repaired, the donkey has gone crazy.”

Just when the state of China’s economy is being questioned and the Chinese are getting more and more anxious, Chinese state media Xinhua News Agency published a lengthy commentary titled “Key insights into China's current economic situation” on 26 October. Through interviews with “a number of authoritative departments and individuals”, the commentary answered questions on everyone’s minds such as the growth rate, power supply and the property market, in an attempt to reassure the outside world.

It is the Chinese Communist Party’s (CCP) tradition to have “authoritative individuals” respond to major social concerns. Some observers think that these commentators are most likely higher-ups directly in charge of China’s economy, and that their views could even represent the economic opinions of CCP leaders. Releasing this commentary at this point in time shows that confidence in China’s economy has been shaken and this situation has drawn the attention of the higher-ups.

...the biggest risk for China does not lie in the need to accelerate economic growth above five percentage points, but in the fact that the process of economic transformation and structural adjustment that has finally started may be stymied by other factors yet again.

Will China push through on structural adjustments?

Objectively speaking, based on the resilience and strong fundamentals of China’s economy, it is somewhat of an exaggeration to say that China’s economy is “teetering on the brink of disaster”. However, the optimistic outlook of a quick recovery of the Chinese economy after the pandemic is indeed no longer valid. But how officials will choose between a short-term economic slowdown and a long-term economic structural adjustment will be even more noteworthy. In terms of structural adjustments, will policies become more conservative? Will China return to the old path in making structural adjustments?

Over the years, Chinese officials have attempted to correct economic imbalances by proposing the need to stimulate domestic consumption, and directing consumption to act as the main driver of economic growth. But under the pressure of the unstable pandemic situation and China’s zero-Covid policy, domestic demand has remained weak but huge foreign orders have continued to make the export industry shine. As the property market enters a cold winter, the authorities’ determination to regulate the property market will likely be swayed, and so will their resolve to break away from the economy’s dependence on property. Under the pressure of energy shortages, the government was also recently forced to rely on traditional energy sources and fully promote coal mining and production.

Perhaps we need not be too bothered by the “China’s economy is collapsing” theory which resurfaces once every few years. But the biggest risk for China does not lie in the need to accelerate economic growth above five percentage points, but in the fact that the process of economic transformation and structural adjustment that has finally started may be stymied by other factors yet again.

Related: Why China will continue to experience power cuts | How China’s housing market landed in the deep freeze | High debts, big money: Can Evergrande continue its high life by living on the edge? | China's zero-Covid regime: My home quarantine experience in Beijing | How to build a ‘super-sized domestic market’ in China