Are the Chinese embracing the 'iron rice bowl' again?

More young Chinese job-seekers are looking for "iron rice bowls" within the government. It is even becoming increasingly common for PhD holders to apply for regular jobs. Nothing wrong in that per se, but for a nation seeking greater innovation and technological supremacy, would this be a stumbling block? 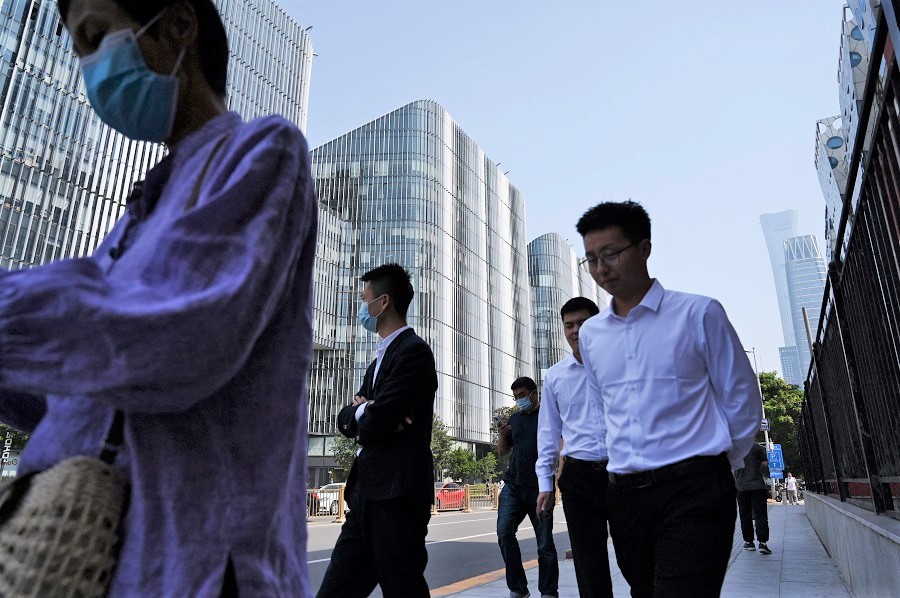 Grace Chong - 5 December 2022
Through the eyes of her cat Pudding, Beijinger Lorna Wei gives a snapshot of her daily life when her residential building went under lockdown last week.
Read more
Translated by Grace Chong on 28 October 2021

What is the most popular occupation in China this year? The answer may come as a shock: a job in the postal department in Tibet’s Ngari prefecture.

Registration for China’s annual national civil servant exam closed on 24 October. A record high of over 2.02 million people signed up this year, which means that there are around 60 people vying for each position. The most popular position even attracted over 20,000 sign ups.

This highly coveted position is a managerial role in the postal department of Tibet’s Ngari prefecture. As the post does not specify the candidate’s major or say that he/she must have grassroots work experience or a certain political status, the position has proved very popular among candidates and it even made it on the list of top searches on Weibo. A netizen teased, “Could the applicants have taken ‘Ali’ [Ngari prefecture is ‘Ali’ in Chinese] for Jack Ma’s ‘Ali[baba]’?”

The Covid-19 pandemic is an important reason why people are more aware of the advantages of working within the system.

"Iron rice bowl" not dowdy at all to the young

Positions previously thought too obscure or difficult are now sought after by many. PhD holders, traditionally believed to be suited for research jobs, are now fighting even to become a teacher at the grassroots. When did the draw of an "iron rice bowl" within the system become so attractive to China’s younger generation?

Statistics show that the registration rate for the national civil servant examination, also known as guokao (国考), exceeded 1 million for the first time in 2009. Since then, the number of applicants has been increasing, but grew significantly over the past two years. Last year, over 1.57 million people qualified for guokao in a 9.72% increase from 2019. This year, at least 1.83 million people qualified, increasing the year-on-year growth rate to 15.8%.

The impact of Covid-19

The Covid-19 pandemic is an important reason why people are more aware of the advantages of working within the system. Under China’s zero-Covid policy, tourism, food and beverage, film and other industries are facing enormous pressure and uncertainty. After China’s Ministry of Culture and Tourism suspended inter-provincial tour groups last weekend, someone who works in these industries shared online that he/she has decided to switch career paths and has “already signed up for this year’s guokao” because the situation is still bleak and he/she is under enormous pressure to survive.

Compared to these unpredictable occupations, a job within the system that guarantees a stable income can provide more job security amid the pandemic. Becoming a civil servant in big cities, an employee at a state-owned enterprise or a teacher would also help youngsters solve hukou (Household Registration System) conversion problems or housing matters that have thus far prevented them from settling down in the cities where they work. It is thus unsurprising that so many people are fighting for an iron rice bowl.

This wave of people flocking to take guokao over the past couple of years is a contrast to the wave of public servants who left to go into the business sector in the 1990s; figures from the Ministry of Human Resources and Social Security show that in 1992, 120,000 civil servants did so, while another 10 million civil servants went on leave without pay, to start their own companies. These people who left the civil service were in time to catch China’s market economy as it took off, and also catalysed the rapid growth of private sector companies.

The context of the move from the public to private sector was a speech by late Chinese leader Deng Xiaoping on his Southern Tour, where he reiterated the importance of reform and opening up, and encouraged people to “boldly try, boldly venture”. Now, 30 years later, China is shifting from “letting some people get rich first” to “common prosperity”, and moving towards its aim of becoming a “strong modern socialist country”.

Under the banner of common prosperity, the authorities have hit hard at many sectors that are developing at a tangent from the planned direction. From clamping down on internet titans and the “disorderly expansion of capital”, to “wiping out” the tutoring industry, to cleaning up the entertainment industry and online gaming industry — all these strong moves have significantly weakened rapidly growing industries, and many white-collar workers in big companies became at risk of losing their jobs overnight.

With rapidly changing industry policies and job outlooks uncertain, the anxieties of those in the private sector are instinctively channelled to the pursuit of an iron rice bowl. While incomes within the civil service are not necessarily higher than in emerging industries, there is no pressure of the “996” culture of working from 9am to 9pm, six days a week, or worrying about being retrenched the next day; plus a civil service job comes with decent social standing, which makes it the safest and most stable option.

...having everybody chase an iron rice bowl does not speak well of an era, but on the contrary, sounds an alarm.

With uncertainties and pressure due to the pandemic and the latest social changes, everyone is once again after an iron rice bowl, reflecting the dilemma in China’s socioeconomic development. The authorities have designated Zhejiang with its developed private sector economy as a pilot region for common prosperity, but private companies have suffered repeated hits in their drive for development; the government has designated basic research as a core area of development over the next five years, but has been unable to retain academic elites whose job is to focus on research. And resolving these problems is not just about asking why young people are only after a stable life and not going into entrepreneurship and innovation.

It is not a bad thing for a doctorate holder to be a teacher, as this would help to bring a different dynamism to the education sector. But if the best option available to a doctorate holder is to be a secondary school teacher, that would be a tragedy for higher education and the research sector. By the same logic, bringing good talents into the civil service would improve administrative management — however, having everybody chase an iron rice bowl does not speak well of an era, but on the contrary, sounds an alarm.