US rallying 'wolfpack' to contain China, but will it work?

China has drawn a lot of flak recently for its aggressive and brash approach known as “wolf-warrior diplomacy”. But wolfish talk of another kind is making the news: the idea that the US is the “alpha wolf” or leader of the pack that is forging a global coalition against China. Not only that, like a wolfpack, such a coalition threatens to encircle and pounce on China at the right moment. Are these fears unwarranted? 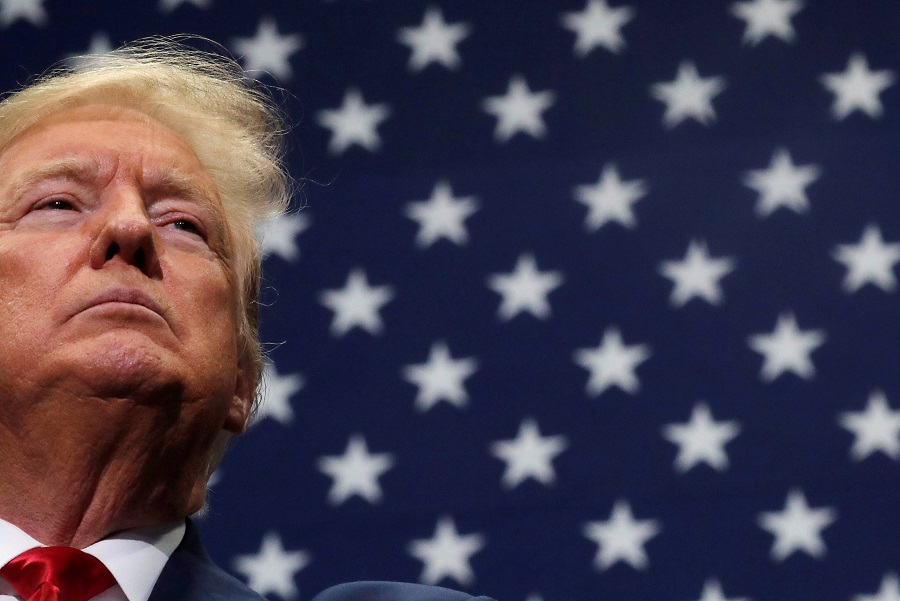 US President Donald Trump reacts during a campaign rally in Charlotte, North Carolina, US, on 2 March 2020. (Carlos Barria/File Photo/Reuters)

Grace Chong - 30 January 2023
Amid ongoing tensions, a high-level visit by US Secretary of State Antony Blinken to China in the coming week shows hope for improved relations between the two economic powerhouses. Zaobao correspondent Yu Zeyuan notes that while the meeting may not produce practical results, it is a much needed exchange to manage and control China-US relations from worsening.
Read more
Translated by Grace Chong on 17 July 2020

Even the fiercest tiger is afraid of a wolfpack, a Chinese saying goes. Faced with a blood-thirsty wolfpack, mighty animals tremble in fear. Under siege by them, even the king of beasts will not be spared. During WWII, Nazi Germany’s navy commander-in-chief Karl Dönitz was called the “alpha wolf” as he created the “wolfpack tactic” in U-boat (submarine) warfare, and led the Nazi Germany navy to achieve many successes in the early stages of WWII.

In the wolfpack tactic, U-boats lie in wait for their prey, as if on a hunting expedition. Once an enemy is spotted, underwater tracking is initiated and the first boat that spotted the enemy ship (the “alpha wolf”) would rally the others to converge like a wolfpack and attack. In the same way, it can be said that the US is planning to use the wolfpack tactic in going all out to attack China in the fields of military, politics, economy, technology, culture and so on.

However, “troublemaker” Pompeo still thinks this is not enough and wants the European Union (EU) to participate as well.

China can feel the wolves closing in

US Secretary of State Mike Pompeo recently pointed out that the US is forming a global coalition against China that includes the Five Eyes alliance countries of Australia, Canada, New Zealand, the UK and the US; the ten member states of ASEAN; Quad members US, Japan, India, and Australia; and the G7. If South Korea — an important military ally of the US — were to join as well, this global coalition would easily comprise 21 members. However, “troublemaker” Pompeo still thinks this is not enough and wants the European Union (EU) to participate as well.

At the same time, with encouragement from Pompeo, US President Donald Trump now wants to expand the G7 to G10/11, which could include countries such as Russia. If that’s the case, the global coalition against China would be even more comprehensive. Once Pompeo’s political agenda becomes a reality, the US’s wolfpack tactic becomes a possibility.

Regardless of the opponents they were facing, the US would always rally the help of a pack of smaller wolves.

As the US was never a tiger, there can be no discussion about whether it is a real tiger or a paper tiger. On the contrary, the US has always been a North American wild wolf. Since it is a wolf-like country, it has to behave like a wolf, establish a wolfpack that belongs to the alpha wolf, and tackle any type of prey with a wolfpack tactic. The first and second world wars were, in essence, fierce battles fought between different wolf packs. Whoever won became king and established a new world order.

During the Korean War, the US led a pack of 17 wolves and invaded the Korean peninsula in a bid to unify the lands. However, it was brutally defeated in the end. During the Vietnam War, the US also led its two wolf pups, South Vietnam and South Korea, in the battle against North Vietnam and other countries, but they eventually landed themselves in dire straits as well.

US playing role of ’alpha wolf‘

It can be said that the US has been using the wolfpack tactic in every battle following the Vietnam War. Regardless of the opponents they were facing, the US would always rally the help of a pack of smaller wolves. Even when it was up against a small and docile rabbit-like Grenada, the US, as an alpha wolf, had also sought help from six other wolves in the Caribbean, in a typical military wolfpack tactic. In particular, when it is dealing with major world powers like China and Russia, it needs to mobilise as many wolves as it can.

Apart from not engaging in high-tech cooperation with China themselves, the US also restricts the EU and other countries from collaborating with China.

The US adopts the wolfpack tactic in the economic sphere as well. Pompeo’s suppression of China’s high-tech enterprises like Huawei, and his calls for countries to avoid products and services provided by Chinese enterprises comes down to his hope that the US, in its position as the alpha wolf, would be able to rally other countries to jointly boycott its competitors and enemies. At the same time, Pompeo also promises benefits to his pack of wolves. For example, by helping countries recover economically through shifting value chains that were originally in China to ASEAN countries, India, and so on. These seemingly enticing actions are indeed convincing to some countries.

The US is also using the wolfpack tactic in the realm of technology. Worried that China would someday make breakthroughs in the high-tech field, the US has long imposed tough restrictions on China’s tech companies. Apart from not engaging in high-tech cooperation with China themselves, the US also restricts the EU and other countries from collaborating with China. Failure to comply with these restrictions would result in sanctions from the US.

However, convergent values and ideology is not the only factor: the world is highly interest-driven and in fact, is what we call a “community of interest”.

For example, the US bans countries from working with China on core equipment like lithography machines used in chip manufacturing. It also says “no” to China in high-tech industries such as aerospace, biotechnology, and artificial intelligence. Apart from banning direct technical cooperation with China, normal academic exchanges in the technological field are also strictly prohibited.

China has always adopted an active and peaceful foreign policy that is not only strong, reasonable, and disciplined, but also promotes a community of shared future for mankind.

The US’s wolfpack tactic against China will prove futile in the end. New Zealand, a member of the Five Eyes alliance, for one, is already having different ideas from the US. ASEAN member states like Singapore, Cambodia, Thailand, Laos, Brunei, the Philippines and so on would also push back. Among the Quad countries of the US, Japan, India, and Australia, Japan would not go along. Germany and France of the G7 would certainly not submit to the US, just as Russia clearly would not. It is also uncertain if South Korea would even help the US.

Thus, how can the wolfpack — in the form of a global coalition against China — that Pompeo is pinning high hopes on be established? China has always adopted an active and peaceful foreign policy that is not only strong, reasonable, and disciplined, but also promotes a community of shared future for mankind. This is a positive energy that the world severely lacks. Wars and battles are commonplace in this world, but a rational peaceful coexistence is rare. The wolfpack tactic is long outdated and old-fashioned. The key to strong diplomacy is in building up one’s capabilities and honing one’s skills. It is not in trying to make up the numbers with a disorderly and unorganised group of nations.

Related: Is China the 'big bad wolf' the US has made it out to be? | Trump or Biden, America's distrust of the Chinese Communist Party will stay | There will be no peaceful rise — China-US relations enters a new phase | Will China and the US fight another wrong war, with the wrong enemy, at the wrong place and time?