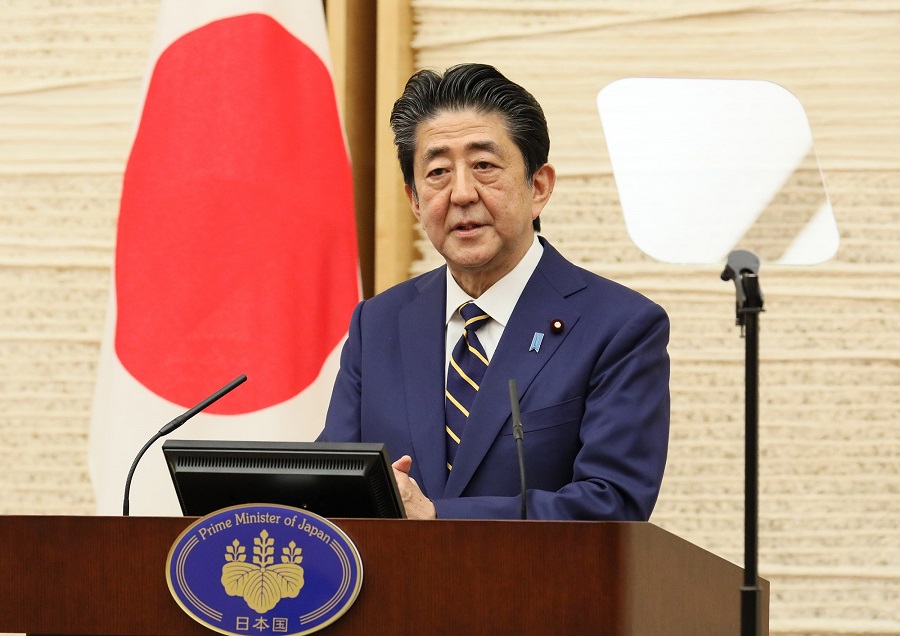 Candice Chan - 5 August 2022
China's "Foundation Plan" for iron ore has gained much official support, and is aimed at reducing reliance on foreign sources of iron, including Africa and Australia. The only way to do this effectively is for China to ramp up mining of its own iron resources. However, these resources are scattered and difficult to access, and of lower grade. This means China has its work cut out if it is to succeed.
Read more
Translated by Candice Chan on 3 December 2021

The situation in the Taiwan Strait is becoming a major bargaining chip affecting global politics, and a difficult issue that calls for Beijing’s increasing attention. About two weeks ago, the leaders of China and the US held their first virtual meeting, with Chinese President Xi Jinping laying his cards on the table about the Taiwan issue during the conversation with US President Joe Biden. And even as China set out its red lines to the US, Japan was making its move too.

On 1 December, former Japanese Prime Minister Shinzo Abe was invited to speak via video link at a forum organised by Taiwanese think tank the Institute for National Policy Research. In a rare display of strong, direct language, Abe said Japan would not stand by if China attacked Taiwan. “A Taiwan emergency is a Japanese emergency, and therefore an emergency for the Japan-US alliance.”

Abe mentioned Xi three times, and warned him not to misjudge Japan’s resolve and determination to defend the Senkaku/Diaoyu islands, adding that Xi should not “step onto a wrong path”, and a "military adventure would be a path leading to economic suicide".

And that same night, Assistant Foreign Minister Hua Chunying called an emergency meeting with Japanese ambassador to China Hideo Tarumi and said that Abe “gave brazen support to Taiwan independence forces”, with a reminder of Japan’s history of aggression against China and a warning that Japan will get burned if it plays with fire and goes further down the wrong road.

As for Abe’s momentary political stance on Taiwan, it shows total “strategic clarity”.

Mainland Chinese state media was even stronger and more direct in their choice of words. The Taiwan.cn news website Taiwan Today (今日台湾) under the Taiwan Affairs Office (TAO) posted on its official WeChat channel, warning that if Japan interferes with the reunification process, there will be a “reckoning of old and new scores”.

As to why Abe said what he did, there has been much speculation on both sides of the Taiwan Strait.

Abe stepped down as prime minister last year due to health reasons, but has remained in the political arena as a member of parliament. He is no longer in an official position to speak on behalf of the Japanese authorities. For him to openly say that a “Taiwan emergency is a Japanese emergency, and therefore an emergency for the Japan-US alliance”, and speak for the government in declaring that Japan will intervene in the event of a military conflict in the Taiwan Strait, and to remove the “strategic ambiguity” in the US stand in defending Taiwan, can be said to be overstepping his authority. As for Abe’s momentary political stance on Taiwan, it shows total “strategic clarity”.

Some analyses have it that Abe’s sudden outburst has surpassed what has been said on the Taiwan Strait issue by Japanese prime ministers in and out of office. However, if one has been following the news within Japan, one would find that this has actually been brewing for some time. Since this year, there has been a lot of international attention on US-Taiwan relations, but key changes on the future of the Taiwan Strait in “rejecting reunification” are in fact happening in Japan, whose strategy on Taiwan is shifting rapidly and dramatically.

On 5 July this year, then Deputy Prime Minister of Japan and Minister of Finance Taro Aso said in a speech: “If a major incident happened (over Taiwan), it’s safe to say it would be related to a situation threatening the survival (of Japan). If that is the case, Japan and the US must defend Taiwan together.”

Although Aso walked back his comments the next day, and then Japan Prime Minister Yoshihide Suga clarified that the statement “does not presuppose military involvement at all”, the 2021 defence white paper released on 13 July said for the first time, “Stabilising the situation surrounding Taiwan is important for Japan’s security and the stability of the international community.” Japanese Defence Minister Nobuo Kishi is also Abe’s younger brother.

On 11 November, Abe became chairman of the Hosoda faction (Seiwa Seisaku Kenkyukai) of the ruling Liberal Democratic Party (LDP), the largest faction of LDP. This marked his return to an intraparty bloc following a nine-year absence, and his official control of a faction with 89 members, which is enough to influence the LDP’s presidential election. Japanese media reported that after Abe resigned from his position as Japanese prime minister in September 2020, he has been working behind the scenes in the Hosoda faction. Kishida was also able to come to power because of Abe’s support.

However, the fact that Kishida values Japan-China relations and the appointment of  Yoshimasa Hayashi — who is not exactly on good terms with Abe — as Japanese foreign minister, are seen as challenging the Abe Doctrine. Some commentators inferred that Abe’s warning in the aforementioned speech was not so much aimed at Xi as it was a warning to Kishida.

Does Abe’s statement challenge the Kishida cabinet or does it represent the Kishida cabinet itself? Based on what Chinese state media are saying, Beijing assesses that Kishida already knew about it and had consented to it. More importantly, Abe himself wields actual power within the LDP and his doctrine represents mainstream Japanese politics. That is to say, in the event of a military conflict, Japan will help Taiwan “reject reunification” together with the US.

...whether Japan will be involved in the war and allow the US military to make full use of its military facilities against the mainland would be an important factor in determining the outcome of the war.

In terms of international relations, Japan is hoping to play a role in advocating a free and open Indo-Pacific, and is supported by the US. In addition, compared to the US, Japan is more anxious about China’s rise and is more willing to help defend Taiwan. Japanese public opinion does not support being friendly with China as well.

Japan’s strategic adjustment has a direct impact on the mainland’s plan to resolve the Taiwan issue by force. This is because, in the event of a war in the Taiwan Strait, whether Japan will be involved in the war and allow the US military to make full use of its military facilities against the mainland would be an important factor in determining the outcome of the war.

Following Kishida’s appointment of China-friendly Hayashi as foreign minister, mainland public opinion once believed that this would be an opportunity to “break the ice” in China-Japan relations. But this hope was dashed all too soon and all too suddenly. To the mainland, achieving reunification is an unshakeable mission while Japan sees it as a threat to itself. In the days to come, the Taiwan Strait situation and China-Japan relations will not be smooth sailing.

Related: No concrete vision for future Japan-China relations despite telephone talks between Xi Jinping and Fumio Kishida | The real reason why Japan is following the US’s lead | Japanese academic: Will Japan send troops to 'protect' Taiwan? | How Japan will deal with China-US conflict and the Taiwan issue under the new Suga administration | Why the status quo in the Taiwan Strait is quietly changing | Has the US shifted its position on Taiwan, again?