Wuhan coronavirus: Lack of urgency and transparency to blame?

Wuhan is now a quarantine zone with a death toll in China of 17 and more than 570 infected. Cases have also been surfacing elsewhere such as Taiwan, Hong Kong, Japan, South Korea and the US. In light of such rapid escalation, Yang Danxu questions why it has taken this long for the Chinese authorities to step up their crisis efforts. The outbreak of the Wuhan coronavirus is rapidly escalating. In this photo taken on 21 January 2020, people wearing protective masks are seen arriving at Beijing railway station to head home for the Lunar New Year. (Nicolas Asfouri/AFP) 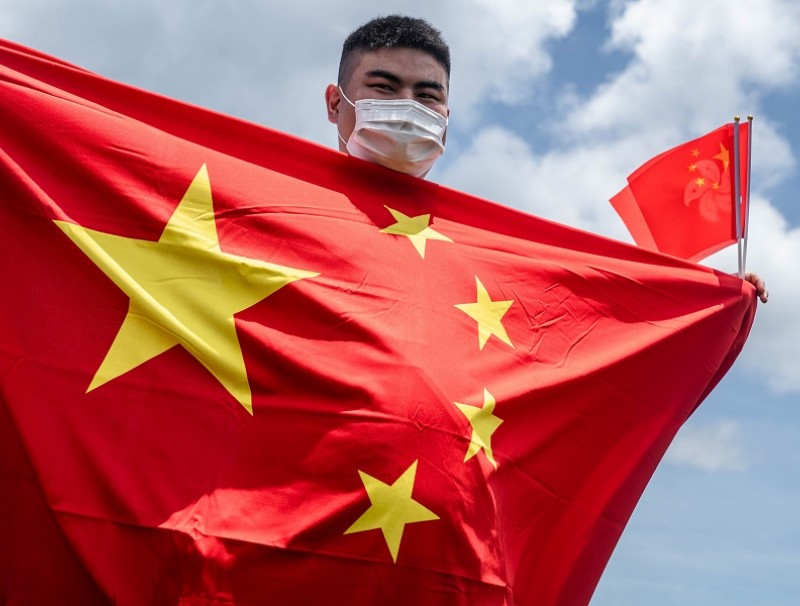 Grace Chong - 3 July 2020
From the speed and single-mindedness with which Beijing has passed the national security law for Hong Kong, it is evident that it is highly suspicious of foreign intervention and threats to national sovereignty. With the enactment of this law, it may have reaffirmed its authority and returned Hong Kong firmly under its wings, but has it achieved the return of the hearts and minds of the Hong Kong people? And while Beijing believes that it owns Hong Kong, some Hong Kongers and the Western world think otherwise.
Read more
Translated by Grace Chong on 23 January 2020

The real-time updated Wuhan coronavirus webpage on my phone shows a big China map. Close to half of it is marked red, indicating the regions where confirmed cases of the coronavirus are found.

In the short span of a few days, the Wuhan coronavirus has rapidly spread across over 20 Chinese provinces, cities, and districts. There are also confirmed cases in Macao and Taiwan, while suspected cases have emerged in Hong Kong. (NB: Hong Kong has just confirmed its first two cases.) Internationally, confirmed cases have been found in Japan, Korea, Thailand, and the US. The speed at which the virus is spreading is indeed shocking.

Why was it so coincidental that cases of the coronavirus were only reported outside of China, and that the first three confirmed cases were discovered in Thailand and Japan?

On 31 December 2019, Wuhan officials declared the outbreak of a string of pneumonia-like virus with unknown cause for the first time. 22 days have passed since the day that the virus was first declared until 20 January 2020, when China began to classify cases under a Class B infectious disease, which allows for greater resources to be mobilised. What happened during these 22 days? Why was the alarm only sounded on 20 January 2020, when it should have been sounded much earlier?

Numerous suspected cases have “crossed borders”, but apart from Wuhan, there was no mention of the outbreak in other Chinese regions. Outsiders are already perplexed: Wuhan has a population of 11 million. It is a major transportation hub of central China, gloriously named the “thoroughfare to nine provinces”. Why was it so coincidental that cases of the coronavirus were only reported outside of China, and that the first three confirmed cases were discovered in Thailand and Japan?

... is China following the footsteps of what happened during the SARS epidemic and making the same mistakes?

On 20 January 2020, Chinese President Xi Jinping spoke on the matter for the first time and seemed to have provided the answer for the puzzling phenomenon: the coronavirus has already spread domestically to regions outside of Wuhan, and there’s no time to lose to “resolutely curb” the spread of the outbreak. Following President Xi’s call to action, various regions then sprang into action, promptly reporting confirmed and suspected cases of the virus. The whole country has finally entered into a state of high alert.

Yet, the tardy response triggered an even bigger question: in these 22 days, is China following the footsteps of what happened during the SARS epidemic and making the same mistakes?

Objectively speaking, having experienced the 2003 SARS epidemic, authorities are unlikely to cover up, make false reports, or lie about the situation in view of the gravity of the coronavirus outbreak. Compared to the 2003 SARS epidemic, there has also been a clear improvement in the authority’s response measures. However, in light of the current progress of events, regardless of whether local officials attempted to conceal the outbreak, outsiders are generally unconvinced that the Wuhan coronavirus was reported in a timely, comprehensive, and accurate fashion during these 22 days.

If the news had not circulated among the masses and the media did not expose it, what would the situation be like?

Wuhan was hesitant and uncertain in its report of the outbreak in the early stages. The officials’ habitual downplaying of the crisis, underestimation of the issue, and even the mindset of hoping to miraculously escape the calamity, contain the outbreak, and trivialise the matter, need careful scrutiny.

Some details call for close examination. Going back to 30 December 2019, the first hint of the mystery pneumonia did not come from an official announcement, but an emergency notice circulating among the masses, purportedly from the Wuhan Municipal Health Commission. Only on the afternoon of 31 December — after Chinese media picked up this news — did the Wuhan authorities make its first announcement, with 27 people already infected. What does it mean, when media reports break news before official announcements? If the news had not circulated among the masses and the media did not expose it, what would the situation be?

The day after the outbreak was exposed, the Wuhan police announced that eight members of the public were under investigation for spreading rumours that SARS was back. We now know that the mystery pneumonia is not SARS. But does the immediate reaction of the Wuhan authorities show that they put public order and the need to maintain societal peace and calm above all else?

On 20 January 2020, Chinese pulmonologist Zhong Nanshan revealed for the first time that medical personnel had been infected. The Wuhan authorities only announced the next day that there were 15 confirmed cases among medical personnel. Previously, the authorities stuck to vague lines such as “not ruling out the possibility of limited human-to-human transmission”, and “relatively low risk of sustained human-to-human transmission”, without revealing key evidence of medical staff getting infected. Global Times editor Hu Xijin questioned whether the Wuhan Municipal Health Commission would have continued to hide this information if Zhong had not raised a red flag.

Wuhan only began infrared temperature screening for airports, train stations, and long-distance buses on 14 January, and set up a disease control centre only on 21 January to check people moving in and out of Wuhan. But by then, the carriers of the virus had already gone as far as the US. What assessment do we give to the speed and effectiveness of this crisis response?

Initially, local hospitals were equally lacking in vigilance and professionalism. Sanlian Lifeweek Magazine (三联生活周刊) yesterday ran a shocking report — interviewees described how infected people lied to the hospital and hid the fact that they worked at Huanan Seafood Market (said to be the source of the virus) in order to get treatment, while confirmed cases were not quarantined at all in a crowded hospital setting, and a doctor was asked to explain himself to the authorities after expressing concern about the outbreak on social media.

Is all this due to slow response, or the intention to hide facts? From the hospital lapses to the downplaying and delayed reaction from the local public health department, every single factor has come together and evolved into the worrying Wuhan outbreak. Do we have to suffer again the lessons from SARS 17 years ago? On the bright side, given that China’s top health experts have been activated following clear instructions from China’s top leader, the people of China and the world can only hope that information will be sufficient and responses will become stronger and more effective.

Wuhan has since imposed a massive quarantine to stop the spread of the virus. Starting on 23 January at 10 am, all bus, subway, ferry and long-distance bus systems in the city of 11 million people will be suspended, and authorities have asked residents to stay in the city.