In a record listing of 2019, Alibaba’s stock price in Hong Kong rose by 6.6% during its first day of trading on the Hong Kong Stock Exchange. Doing so in the midst of uncertainty in Hong Kong seems risky, but Alibaba’s gambit to reach investors in Asia may just pay off in the long run. 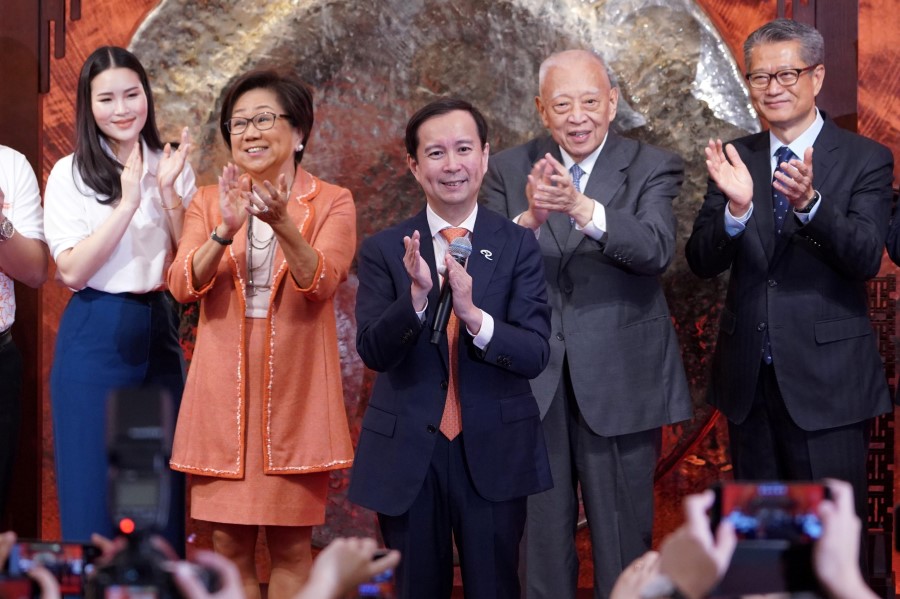 Candice Chan - 29 June 2022
Over the past couple of years, there has been an influx of migrants from Hong Kong to the UK. Communities have been forming in various cities, such as London and Manchester. And as Hong Kongers find jobs and settle in, the British way of life rubs off on them. But underneath all that, they remain Hong Kongers at heart.
Read more
Translated by Candice Chan on 28 November 2019

Alibaba’s American Depository Receipt (ADR) price opened at US$190.4 and closed at US$194.7 on 26 November on the NYSE. Each Alibaba’s ADR represents 8 Hong Kong shares.

The many reasons for Hong Kong

With months of unrest and uncertainty, it does not look like an ideal time for Alibaba to have their secondary listing in Hong Kong now.

On the other hand, with the ongoing trade war and tensions between China and the US, there is increasing political risk in Alibaba’s stocks listed in New York. Although the stock price has nearly tripled since 2014, some analysts believe that the shares are still undervalued. The market capitalisation of Alibaba’s US$500 billion is still much lesser than that of Amazon.com, which has a market capitalisation of nearly US$900 billion.

The decision to be listed in Hong Kong provides access to capital in Asia, which helps to mitigate the risks that Alibaba is facing.

On top of the existing tensions, Alibaba’s stocks in New York face a delisting risk. On September 27, 2019, officials in the Trump administration have been discussing proposals to delist Chinese companies (including Alibaba) from the US stock market.

The decision to be listed in Hong Kong provides access to capital in Asia, which helps to mitigate the risks that Alibaba is facing. Stock Connect, a collaboration launched in 2014 between the Hong Kong, Shanghai and Shenzhen Stock Exchanges, allows international and mainland Chinese investors to trade securities in each other’s market from their home exchanges. With the listing, mainland investors can bypass capital controls and invest in Alibaba stock from their home exchange through Stock Connect, while Alibaba can also bypass capital controls by receiving Hong Kong dollars that are pegged to the US dollar.

Secondly, due to the time difference, when a major company event happens during business hours in China, the stock market in New York is unable to respond immediately. The dual listing in Hong Kong and New York offers round-the-clock trading opportunities to Alibaba’s investors. In particular, this will make Alibaba shares more accessible to Chinese investors as they will be able to make trades during their business hours. The above will help mitigate the risks for Alibaba and increase the liquidity of Alibaba shares in the market.

Lastly, listing Alibaba in Hong Kong is a preference Jack Ma had a long time ago.

In 2013, before Alibaba was listed on the NYSE, Jack Ma planned for the listing of Alibaba’s stock on the HKEX. The plan was called off as the HKEX did not allow a dual-class structure, which allows unequal voting rights that would give Alibaba’s partners control over a majority of the board, even though they only owned around 13% of the company.

The loss of Alibaba’s IPO against NYSE (which allows dual-class share structure) was a wake-up call to the HKSE in 2013, and eventually, the exchange revised the rules and allowed dual-class shares structure for technology firms to be listed in Hong Kong in April 2018.

While fulfilling a longtime goal, the listing decision is also considered one of the few positive things that has happened in Hong Kong since the protests started in June 2019, earning Alibaba goodwill in China. The listing could also prompt technology companies in China to opt for Hong Kong over the US when they go public.

Where is Alibaba heading to?

Alibaba has said that it would use the capital raised from Hong Kong to drive user engagement, improve operational efficiency and pay for continued innovations.

It looks like Alibaba could use US$13 billion to facilitate their research and development in technologies, for example, in Artificial Intelligence (AI).

Clearly, Alibaba’s ambition is beyond China. The secondary listing in Hong Kong is a milestone for Alibaba to return to home ground...

In October 2017, Alibaba set up the DAMO (Discovery, Adventure, Momentum and Outlook) Academy, and announced a plan to invest US$15 billion in a new global research and development programme. As part of the programme, Alibaba planned to set up research labs in China, the US, Russia, Israel and Singapore. In Feb 2018, Alibaba has set up a joint AI lab in Singapore to explore real-life artificial intelligent solutions. More applications in human-machine interactions could assist Alibaba users with better engagement and further development with data intelligence, financial technology, quantum computing could help Alibaba to improve their operational efficiency. The new influx of capital could give a boost to cutting edge research on these fronts.

Furthermore, capital would continue to promote Alibaba’s globalisation strategy. Two years ago, Alibaba has expanded to Southeast Asia by its US$2 billion acquisition of the region’s top e-commerce platform, Singapore-headquartered Lazada. In 2018, Alibaba invested another US$2 billion in Lazada. In the same year, Alibaba bought Daraz, the online marketplace covering Pakistan, Bangladesh, Sri Lanka, Myanmar and Nepal.

Clearly, Alibaba’s ambition is beyond China. The secondary listing in Hong Kong is a milestone for Alibaba to return to home ground, and gain better access to the global capital market. With the vision to rely on technology, and provide services to buy, sell, finance and deliver goods around the world, we shall wait to see their next step.