Arms sales: A new vector of Sino-Indian competition in the Indo-Pacific

The sale of BrahMos supersonic cruise missiles to the Philippines, even when it is a product of collaboration with Russia, is the first indigenously developed weapon system India has sold in the region, and could drum up interest from other Southeast Asian countries such as Vietnam and Indonesia. With this development, India-China competition in the Indo-Pacific is set to increase as India sends a signal that it is able and willing to respond in kind if China continues to arm India’s adversaries and influence its neighbours. 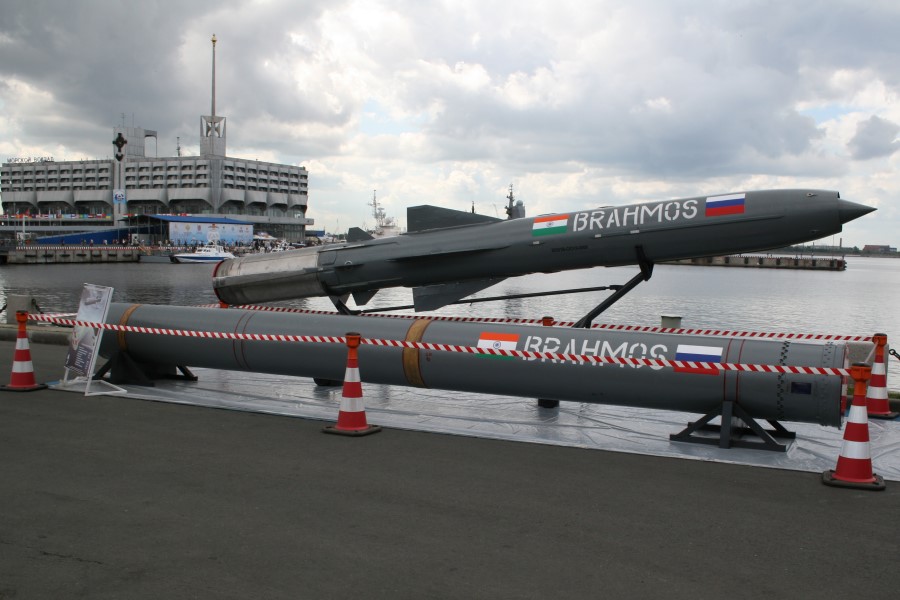 The BrahMos missile jointly developed by India and Russia, on display at IMDS-2007. (Wikimedia)

Candice Chan - 5 August 2022
China's "Foundation Plan" for iron ore has gained much official support, and is aimed at reducing reliance on foreign sources of iron, including Africa and Australia. The only way to do this effectively is for China to ramp up mining of its own iron resources. However, these resources are scattered and difficult to access, and of lower grade. This means China has its work cut out if it is to succeed.
Read more
Translated by Candice Chan on 8 February 2022

The Philippines agreed to buy BrahMos supersonic cruise missiles from India in the last week of January. Pegged at US$375 million, the agreement will allow India to export three batteries of its land-based version of the BrahMos ship-killing missiles to Manila. The BrahMos batteries will be operated by the New Coastal Defense Regiment of the Philippine Navy.

With a weight of 3.25 tons and a range of 280km, the missiles will provide Manila a capability to punish adversaries all along the South China Sea, especially in the contested territories on Scarborough Shoal across the Island of Luzon or the Mischief Reef in the Spratlys across Palawan.

BrahMos travels at almost three times the speed of sound, follows shallow radar-evading trajectories, and is highly manoeuvrable. Therefore, it is a potent cruise missile system that can saturate enemy ships and even carrier battle groups. The batteries will also strengthen Manila’s maritime domain awareness capability as the surveillance and guidance radar of the BrahMos battery can locate targets and movement beyond 500km.

The acquisition of BrahMos by the Philippine Navy is significant for two reasons. First, it reflects a turning point in India’s role in the Southeast Asian region. India’s “Look East” policy, enunciated after the Cold War, primarily viewed the region through an economic lens. Though India’s defence engagements with Southeast Asian countries prospered, they were restricted mainly to joint exercises and training with Southeast Asian states. As a defence supplier, India’s role was limited to supplying spare parts of Russian-origin equipment to Vietnam, Malaysia and Indonesia. The sale of BrahMos, even when it is a product of collaboration with Russia, is the first indigenously developed weapon system India has sold in the region.

With the sale of BrahMos, India is set to redefine its role as a supplier of high-end lethal military weapons to Southeast Asia.

India is now eyeing the growing defence market in the region to bolster its homegrown defence manufacturing industry. The Philippine Army has also expressed interest in buying the BrahMos systems for its artillery requirements. Manila’s acquisition of the missiles will help sustain greater interest in BrahMos among other Southeast Asian countries such as Vietnam and Indonesia. On the other hand, Malaysia has shown considerable interest in India’s indigenous third-generation fighter aircraft, Tejas.

With the sale of BrahMos, India is set to redefine its role as a supplier of high-end lethal military weapons to Southeast Asia.

The BrahMos missile deal also points to the intensifying competition between India and China in the Indo-Pacific. In the last decade, China has made major inroads in South Asia and the Northern Indian Ocean, a region India considers its sphere of influence.

The People’s Liberation Army Navy (PLAN) regularly sails in the Indian Ocean and surveys strategic waters in the Andaman Sea and the Bay of Bengal. Its nuclear and conventional submarines regularly make port calls in India’s neighbourhood.

The saturation of the region with asymmetric weapons systems such as BrahMos will make it extremely difficult for the Chinese Navy to dominate the South China Sea with ease.

Furthermore, China has supplied arms to India’s adversaries, such as Pakistan, but it has also obtained considerable influence in its neighbourhood by providing defence equipment to Sri Lanka and Bangladesh. China’s arms exports have complicated India’s security threat dynamics in South Asia and the northern Indian Ocean region.

The anti-ship capability of BrahMos is a significant shot in the arm of the considerably smaller Philippine Navy. If such weapon systems are acquired by other smaller states in the South China sea whose territorial interests clash with Beijing, the PLAN’s task to enforce Chinese sovereignty over the entire nine-dash line will face punishing reactions.

Creating obstacles for the Chinese Navy in the South China Sea

The growing capabilities of coastal states in the South China Sea also complicate the PLAN’s plans to expand its influence beyond the first island chain. The more obstacles China faces in the region, the greater is the difficulty for the PLAN to project power in the Indian and the Pacific oceans. Not without reason, therefore, India’s sale of BrahMos has not been contested by Washington DC or other Quad members even when the BrahMos missile contains Russian-origin equipment.

The Indian government plans to export US$5 billion worth of defence equipment by 2025. For a country that is the second largest importer of military equipment globally, this is indeed an ambitious target. India is desperately eyeing the emerging demand for military equipment in Southeast Asia to fulfill its export goals. Military sales to Southeast Asia also help to elevate India’s strategic role in the South China Sea, where New Delhi has little physical presence.

Lastly, it is a signal to Beijing that if China continues to arm India’s adversaries and influence its neighbours, New Delhi now has both the willingness and means to arm and enable its nemesis in Southeast Asia. Given that the bilateral relations have gone into deep freeze over the territorial dispute in the high Himalayas, arms sales have now emerged as a new vector of Sino-Indian competition in the Indo-Pacific.

Related: With China’s increasing assertiveness, India’s active role in the Indian Ocean matters more than ever | Why India’s influence over South Asia will continue to weaken | China has a long-term strategy in Southeast Asia. But what about India?