Taiwan is America's best asset against China, but for how long?

Despite concerns that Taiwan might lose US support under the Biden administration, so far it seems that the opposite is true — the US has in fact maintained or even stepped up its support for Taiwan. But as platforms and mechanisms evolve in relation to containing China, how valuable will Taiwan still be as a geostrategic asset? 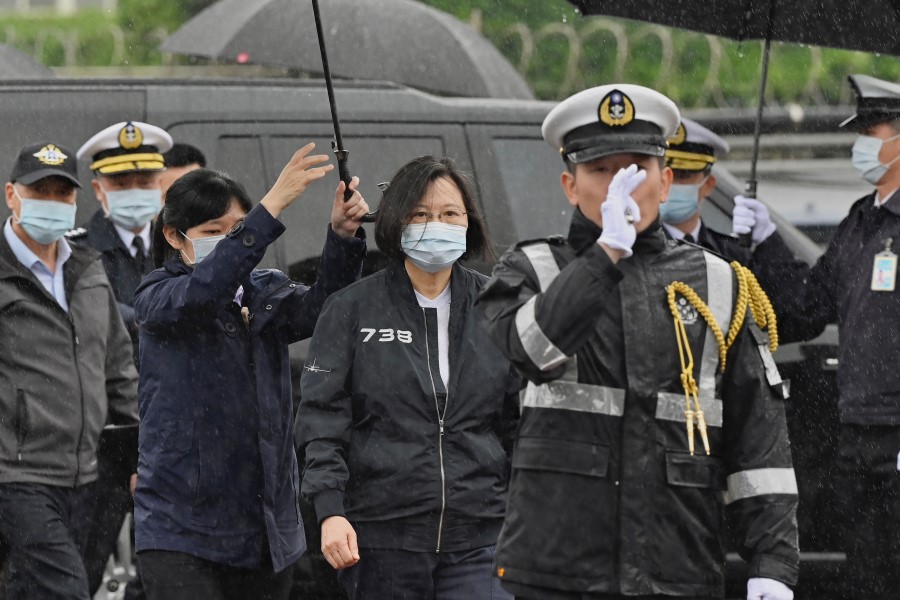 Candice Chan - 6 December 2022
Commentator Chen Kuohsiang notes that even after the 20th Party Congress and talks between Chinese and US Presidents Xi Jinping and Joe Biden during the G20 summit, the Chinese economy is not facing an easy time, not least because of Covid-19 controls, the US's trade restrictions and China's stringent policy on private enterprises.
Read more
Translated by Candice Chan on 5 April 2021

When Joe Biden became the US president, many Taiwanese were worried that Taiwan would lose the support it got from the US under Donald Trump.

During Trump’s time, the US gave Taiwan a lot of unexpected support. From Trump’s first phone call with Taiwan President Tsai Ing-wen, to the final moments of Trump’s presidency when former US Secretary of State Mike Pompeo lifted “self-imposed restrictions” on contacts between US officials and their Taiwanese counterparts, all of it showed the special support that Taiwan received.

Now, it looks like Biden taking office has not led to less US support for Taiwan, but in contrast to Trump’s high-profile approach, the Biden administration seems to be taking action without talking about it. And this might have started with Taiwan’s representative in Washington Hsiao Bi-khim getting invited to Biden’s inauguration.

The new normal of closer ties between the US and Taiwan

Continued US support for Taiwan can be seen from the following.

First, following Trump’s term, the US has enacted bills to strengthen its relations with and support for Taiwan.

On 24 March, Senator Ted Cruz introduced the Reassurance on Commitments Act of 2021 (ROC Act) to provide for the “proper treatment of Taiwan government representatives”, and prohibiting the Biden administration from reinstating the 2015 Obama administration policy guidelines. And on 26 March, Republican Senator Marco Rubio and Democratic Senator Jeff Merkley reintroduced the Taiwan Relations Reinforcement Act, which seeks to update the US’s Taiwan policy to better reflect US values and current realities.

Second, military support, including stepping up awareness in the US of the military pressure that Taiwan faces from mainland China. Admiral Philip Davidson, commander of the US Indo-Pacific Command, recently warned that China could invade Taiwan in the next six years, while on 23 March, Admiral John Aquilino — nominated to be the next head of the Indo-Pacific Command — told the Senate Armed Services Committee that “this problem is much closer to us than most think”.

The intention behind such warnings is to ramp up arms sales to Taiwan, and help Taiwan to develop its defence capabilities in the face of imbalanced military strength.

Furthermore, the strengthening of the US-Japan alliance will also bring Japan and Taiwan closer together, so that in the event of a military conflict in the Taiwan Strait, Japan can intervene in some way or offer assistance to Taiwan.

Finally, giving recognition and support to Taiwan's political system, and expanding Taiwan's international space based on this. In mid-March, at a House Foreign Affairs Committee hearing, current US Secretary of State Antony Blinken praised Taiwan as “a strong democracy, a very strong technological power, and a country that can contribute to the world, not just to its own people.” Similar comments have become increasingly frequent in the past few years, and they are among the key reasons why the US supports Taiwan expanding its international space.

...when the mainland’s strength, especially its military strength, extends beyond the first island chain and even covers the entire western Pacific region, how much of Taiwan’s geostrategic value will remain?

One could say that the US has not kept its distance from Taiwan with Biden taking office. On the contrary, the Biden administration has stuck with a lot of the Trump administration's approach to Taiwan's issues and affairs. This means that in the next few years, the commitment of the US to Taiwan will remain strong. This can be seen as the new normal between the US and Taiwan following Trump. Obviously, behind this new normal is the changing relationship between China, the US, and Taiwan.

So, the question now is whether such support will continue or even grow. Logically, as long as China and the US continue with their big country competition, given Taiwan’s strategic position in the first island chain, the answers to the above questions are almost certain.

Can Taiwan’s geostrategic importance be maintained?

The US is already preparing for such an eventuality. As the power gap narrows between China and the US, and that between China and its neighbouring countries widens, the US has to adjust its strategy, organisational structure, and response plan correspondingly.

In the latter part of the Trump presidency, the Indo-Pacific strategy took shape in the region in the form of the Quadrilateral Security Dialogue (Quad) mechanism. Consisting of the US, Japan, India, and Australia, the Quad has become a new and important “organisation” and force to contain China. Although the Quad is an informal grouping at the moment, as its agenda develops, even if it does not morph into a full-fledged organisation, it would still be an important platform for the US to fight against China as Quad members are major powers of the region.

Thus, such a mechanism based on regional powers and which may include more regional countries or economies in the future has the effect of replacing the first island chain. The four members of the Quad have conducted military exercises in the Indo-Pacific region. A possible military alliance is the first thing that unites these countries together.

This is not only because it has become increasingly difficult for the first island chain to contain China and prevent it from expanding its influence, but also because the region’s other platforms and mechanisms cannot fully fulfil the strategic goal of containing China. An important fact is that mainland warplanes are now routinely circling Taiwan. Thus, the US is left with no choice but to adjust the organisational structure that it has put in place in the region and change the way that it has intervened and participated in regional affairs in the past.

The US needs powerful partners such as Japan, India, and others to contain China. Taiwan is clearly not up to playing such a role.

If so, Taiwan’s role would be diminished and it would no longer possess critical strategic value. Notwithstanding that the US could include Taiwan in the Quad and American politicians do respect Taiwan’s political system because it offers a stark contrast with the mainland’s, Taiwan’s importance would be weakened due to changes in China-US competition.

Especially in the latter case, even if American politicians endorse Taiwan’s political system, democratic values will never surpass practical geopolitical issues. Since its founding, a realist US foreign policy has served the interests of the country. Idealistic Wilsonianism has never really materialised. Following the Cold War between the US and the Soviet Union and the US-dominant order that came after it, postwar systems that continued in the Wilsonian tradition have never truly come to pass.

Hence, one should not assume that the US would firmly support Taiwan just because its politicians lavish praise on Taiwan’s political system. Even if Taiwan can be subsumed under the US’s Indo-Pacific strategy, in view of the change in approach to containing China, it would be difficult for Taiwan to maintain its erstwhile strategic value as part of the first island chain. The US needs powerful partners such as Japan, India, and others to contain China. Taiwan is clearly not up to playing such a role.

Related: Will China take Taiwan by force within six years? Taiwanese think not and experts are worried | Can Taiwan fight for as long as it takes? | Taiwan would once again be abandoned amid China-US competition | Failed 'coercive diplomacy'? Beijing might harden its stance on Taiwan after Czech delegation's visit