Susannah Patton, director of the Southeast Asia Program at Lowy Institute, reflects on the thaw in Australia-China relations, surmising that the resumption of dialogue may mean Australia is no longer a regional outlier. But unchanging imperatives may see Australia’s continued investment in capabilities for the regional deterrence of China, which may worry some in Southeast Asia. 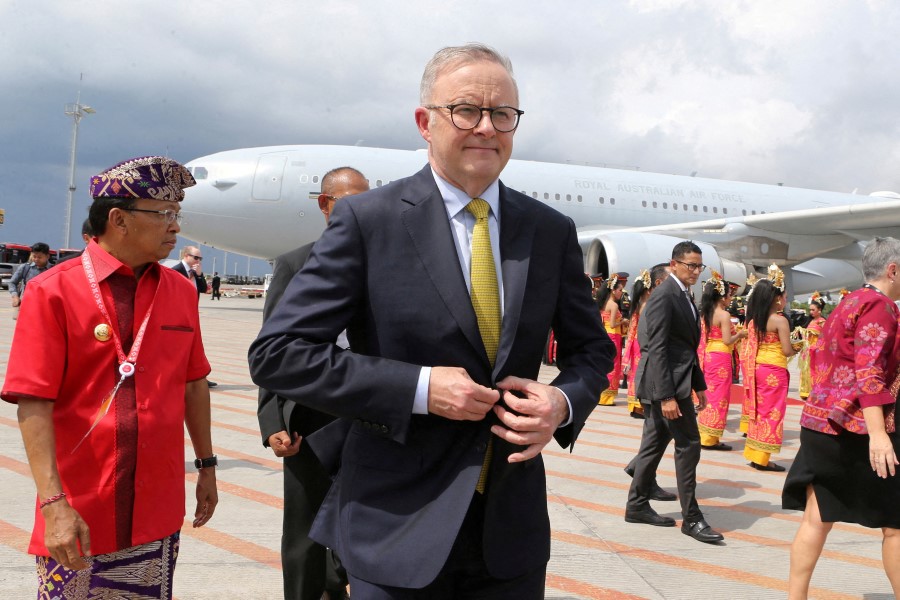 Candice Chan - 30 January 2023
A mall in Shenzhen came under fire for putting up white lanterns with black text as part of its Chinese New Year decorations, while an “ugly” rabbit-shaped light decoration was removed from another mall in Chongqing. Academic Zhang Tiankan muses on tradition and innovation, and the evolution of traditional decorations.
Read more
Translated by Candice Chan on 5 December 2022

At last month’s G20 Summit, the region’s attention was fixated on the meeting between US President Joe Biden and Chinese leader Xi Jinping, the first in-person meeting the two men have held as top leaders of their countries. The three-hour meeting was intended by both sides to show they were responsible leaders, committed to avoiding conflict or the slide into cold war that many in the region fear.

Another much briefer meeting the next day, between Xi and Australia’s new prime minister, Anthony Albanese, may also have important consequences for countries in Southeast Asia and beyond. This meeting was the first formal bilateral meeting held at the leader level between Australia and China since 2016. It is part of a thawing in relations since the Albanese government took office in May 2022 and follows the renewal of contact between the two countries’ foreign and defence ministers.

What lessons should Southeast Asian countries draw from the thaw in Australia-China relations?

First, Australia did not make major concessions to secure a thaw. China’s grievances with Australia were well-known. They included Australia’s decision to exclude Huawei and ZTE from the construction of Australian 5G networks, “interference” in the affairs of Taiwan, Hong Kong and Xinjiang, Australia’s own foreign interference laws, cancelling the Victorian state government’s Belt and Road Initiative agreement with China, and calling for an inquiry into the origins of Covid-19. Australia did not rescind or resile from any of these decisions to secure improved relations with China.

... Albanese and his foreign minister, Penny Wong, have been measured in their language on China.

Australia’s new government did seek to lower tensions with China by limiting public criticism or commentary. In particular, Albanese and his foreign minister, Penny Wong, have been measured in their language on China. Wong has consistently called for the relationship to be “stabilised” but has noted that Australia will continue to speak when necessary and make decisions in its own national interest. While this language has successfully reduced tensions, it is a far cry from the Chinese ambassador to Australia’s wish that the two sides ”adopt positive policies towards each other”.

China also did not secure major concessions from Australia at the bilateral meetings held in 2022. Albanese noted that at the meeting he put forth Australia’s positions, and China’s foreign ministry also did not claim any substantive changes in Australian policy positions. Just a few days after the meeting, Albanese made public comments claiming that Taiwan was unable to join the Comprehensive and Progressive Agreement for Trans-Pacific Partnership (CPTPP) because it was not recognised as a nation state, and was only represented at APEC as an economy. While some commentators sought to portray this as a concession, Australia quickly sought to correct Albanese’s statement, suggesting Albanese likely misspoke, rather than changed his position in response to pressure from China.

...the overall economic impact of China’s campaign of economic coercion against Australia has been relatively limited.

Second, the economic damage that Australia has sustained from its downturn in relations with China has been relatively modest. Since 2020 China has imposed trade restrictions on several important exports from Australia, including coal, beef, wine, lobster, timber and barley. Though it has at times imposed bans and restrictions on trade with other countries, its campaign against Australia is considered to be its most comprehensive set of punitive trade measures imposed on any country.

The prospect of suffering such economic coercion by China, with all its economic might, would horrify many countries in Asia. Yet as Richard McGregor of the Lowy Institute recently documented, the overall economic impact of China’s campaign of economic coercion against Australia has been relatively limited. While some individual sectors and producers have suffered, several of Australia’s most important exports to China, including iron ore and liquified natural gas, have been unaffected by trade restrictions, because China is reliant on importing these commodities from Australia.

No longer a regional outlier

Third, the resumption of dialogue between Australia and China should be positive for Australia’s ability to play a constructive regional role. Australia needs to have diplomatic engagement with China not just on bilateral issues, such as the arbitrary detention of Australians in China or trade restrictions, but also on regional issues. These include the South China Sea, Taiwan, and China’s proposed membership of the CPTPP.

However, warming relations will not mean that Australia necessarily accommodates China’s positions on these matters. China’s proposed membership of the CPTPP is a case in point. Southeast Asian members of the CPTPP, including Singapore, Malaysia and Vietnam are reportedly supportive of China joining the CPTPP. But Australia’s trade minister has said he sees no prospect of China joining the group.

But Australia’s attitude to China will remain far more wary and cautious than that of countries in Southeast Asia.

Resuming dialogue with China, then, will mean that Australia is no longer a regional outlier as it has been over the past years. But Australia’s attitude to China will remain far more wary and cautious than that of countries in Southeast Asia. Australian public opinion about China is unlikely to recover quickly. In 2022, Lowy Institute polling showed that some 75% of Australians thought it was either somewhat or very likely that China would pose a military threat to Australia in the next twenty years. So while Southeast Asian countries, wishing for a less tense and confrontational region, may hope that Australia’s improved ties with China constitute a “reset”, Australian analysts mostly see this as impossible.

This means Australia will continue to seek closer ties with the US and Quad countries and to invest in longer range and more lethal military capabilities to contribute to regional deterrence of China, including through the AUKUS technology sharing partnership.

Some ASEAN countries, especially Indonesia and Malaysia, are wary about what this direction in Australian strategic policy will mean for them. They worry that Australia is adding to regional tensions, or undermining ASEAN centrality. Australia’s new government has sought to portray its regional strategy in a more “ASEAN-friendly” way: emphasising that Australia seeks “strategic equilibrium”, rather than a regional balance of power. Yet this rhetorical shift is unlikely to change regional opinions while the fundamentals of Australian strategic policy remain unchanged.

Southeast Asian countries should also ask themselves why China is adopting a more benign posture towards countries such as Australia. Many analysts see China as seeking to establish more stable relations with the United States and its western allies, including in Europe and Australia. In this sense, the China-Australia relationship is heavily determined by broader US-China dynamics. This has important implications for all regional countries, who may also one day find that their own ability to navigate a beneficial relationship with China is constrained by factors outside their control.

Ultimately, many of the lessons from Australia’s China thaw are yet to be written. Will direct Australian advocacy to China’s leadership see the removal of trade restrictions, or the release of Australian citizens unjustly detained in China? For many in Australia, movement on these issues, rather than the simple existence of diplomatic dialogue, will be the true test of whether Beijing genuinely seeks constructive and positive relations with Canberra.