Biden has not lived up his promises for Southeast Asia

As it pertains to Washington’s relations with Southeast Asia, the Biden administration is not faring much better than its predecessor. A low-hanging fruit would be the supply of Covid-19 vaccines. 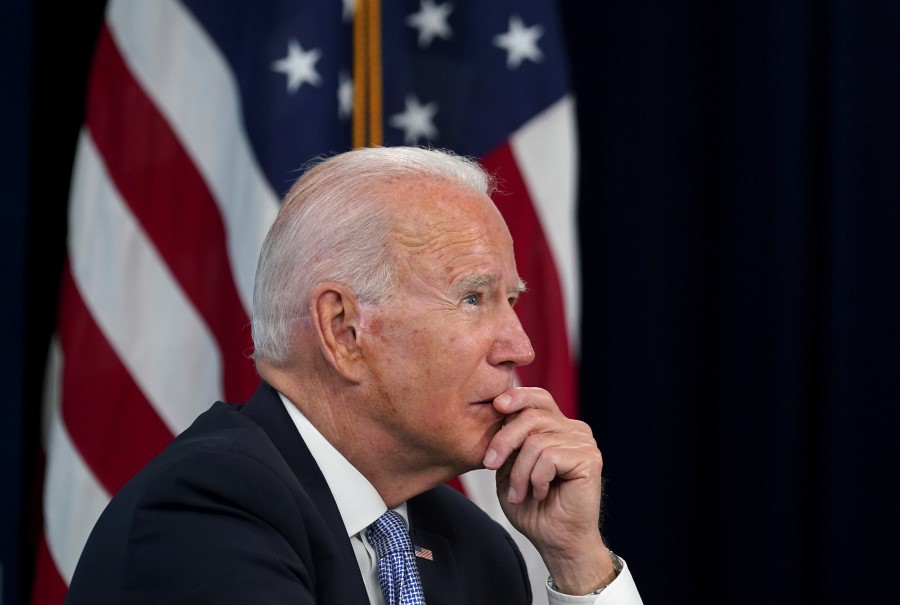 Candice Chan - 30 November 2022
An incident involving errors with Covid test results at a test facility in Lanzhou has opened the doors to deeper digging by netizens, indicating a pattern of outbreaks wherever there are facilities established under the Shenzhen Nucleus Gene Technology Co. Coincidence, or something else?
Read more
Translated by Candice Chan on 29 June 2021

On 25 May, Southeast Asia’s foreign ministers sat in front of their computers, anticipating their first formal meeting with US Secretary of State Antony Blinken. But due to a wonky video connection, he never appeared. US officials suggested that Blinken’s deputy, Wendy Sherman, fill in. The Southeast Asians baulked. They wanted to meet with their equal, not his number two.

Washington would prefer to write off this episode as one error amid other successes, but the truth is that Biden has not lived up his promises for Southeast Asia. He has not yet articulated an agenda for the region apart from trying to bring them to America’s side in the ongoing US-China competition. If you’re Southeast Asian, that’s a poor message because China-focused US engagement can do only so much to advance one’s national priorities. And because no country in the region wants to alienate China.

Biden nonetheless has a panoply of options to improve US-Southeast Asia relations. The question is if he will act on them.

Before Biden took office, I wrote that to bring the region back into the American fold, he needed to engage Southeast Asians by walking back Trump’s creation of rival blocs between the US and China (again, no country in the region wants to choose between them), demonstrating American commitment to the region, and offering them tangible benefits. That all remains true, but his progress on these fronts is decidedly mixed. (The coup in Myanmar is another matter entirely, and one about which I have written and spoken elsewhere.)

...this is a region where showing up is half the battle won; yet until June, the Biden administration had been missing in action.

First, in terms of framing and rival blocs, Biden is leaning into the "democracy versus autocracy" narrative, positioning the US with the former and China with the latter. This is not going down well in Southeast Asian countries — many of which are not democracies nor interested in pushing away China. Blinken, though, has taken the route more amenable to Southeast Asians by saying that Washington will not force countries to choose between the US and China. This should be the continued message.

Second, this is a region where showing up is half the battle won; yet until June, the Biden administration had been missing in action. In fact, Biden’s engagement with Southeast Asian leaders during his first three months in power mirrored Trump’s (not a high bar, to begin with). Following the Blinken snafu, though, Biden smartly sent Sherman to Southeast Asia, having her visit Indonesia (including the ASEAN Secretariat), Cambodia and Thailand. Similarly positive was Secretary of Defense Lloyd Austin’s virtual meeting with his ASEAN counterparts on 15 June.

But these visits and meetings have not yet combatted the growing sense in the region that it is a low priority for Biden — that the US’s “Quad” partners Japan, India, and Australia are more important, as are parts of the Middle East (namely Israel and Iran).

More high-level engagement is needed, as Biden seems to recognise: he has signalled his commitment to attend the 2021 ASEAN Summit in Brunei in October. But Biden has not nominated ambassadors to ASEAN, Brunei, Indonesia, the Philippines, Singapore, and Thailand, posts that sat empty for much of the Trump administration. Leaving them unfilled will further signal American disinterest, much to Washington’s disadvantage.

Traditionally, the US’s greatest strength has been the provision of American power to secure peace and prosperity in Asia. But under Biden, when security issues have arisen — such as when Chinese vessels began pressuring the Philippines in the South China Sea in March — Washington’s response was understated, seemingly comprising only public statements. This concerned Manila and others in the region. Similarly, Biden’s Interim National Security Strategic Guidance, issued in March, did not mention the Philippines or Thailand, both of which are US treaty allies. The fact that the Japan-based USS Ronald Reagan left for the Middle East in May did not help. In mid-June, though, the Navy wisely sent the Nimitz-class carrier back to the region — into the South China Sea, at that, for the first time this year.

Between 2008 and 2016, China and Japan doled out over US$40 and US$30 billion in infrastructure financing to the region, respectively. The US, meanwhile, provided only around US$1 billion.

The most key for Biden, however, is offering economic benefits, as China does, namely with the Belt and Road Initiative (BRI). The G7 and White House recently announced a global infrastructure initiative to compete with China’s BRI. This will lean on the Blue Dot Network that the US, Japan, and Australia launched in 2019, but the initiative’s specifics remain vague. The Blue Dot Network itself also remains unproven and barely implemented.

While the intention is good, concrete action is what matters in Southeast Asia. Between 2008 and 2016, China and Japan doled out over US$40 and US$30 billion in infrastructure financing to the region, respectively. The US, meanwhile, provided only around US$1 billion.

Another benefit should be the Covid-19 vaccines. The Quad was supposed to finance the Indian production of vaccines for Southeast Asia, but when India’s Covid crisis worsened, the country claimed all doses it will produce in 2021. COVAX, the global initiative which the US supports, has supplied the region with a limited number of vaccines, but this effort was also relying on Indian production.

Yet when Biden in early June announced his plan to share 25 million vaccine doses with the world, he earmarked only seven million for South and Southeast Asia — a tiny sum for two regions comprising 2.5 billion people. His later announcement that the US would share 500 million doses with lower-income countries is a good sign, but these doses will not be delivered until 2022. And it remains unclear how many of them will go to Southeast Asia.

None of these mistakes is fatal; Southeast Asia is not “lost” to the US, and China, thanks to its own errors, is not close to “winning” it. But the story remains the same as it was when Biden took office: to advance US-Southeast Asia relations, and to cement American power in the region, Biden must convince Southeast Asians in plain and practical terms why American regional leadership benefits them. In this dire moment, vaccines would be a great place to start.

Related: Overzealous attempts by China and the US to sway Southeast Asia countries counterproductive | America needs to value Southeast Asia for its own sake, and not just as a tool to fight China | Why the US is an unreliable partner to Southeast Asia