18 May 2021
By Zhou Nongjian
Political commentator and academic

US-based Chinese researcher Zhou Nongjian takes a close look at Biden’s US$6 trillion stimulus plans to improve the US economy and meet the challenge from China. He asserts that infrastructure-building and poverty assistance plans are stop-gap measures that will not address fundamental problems such as the US’s loss of industries and declining national strength. Is the US president putting the cart before the horse? 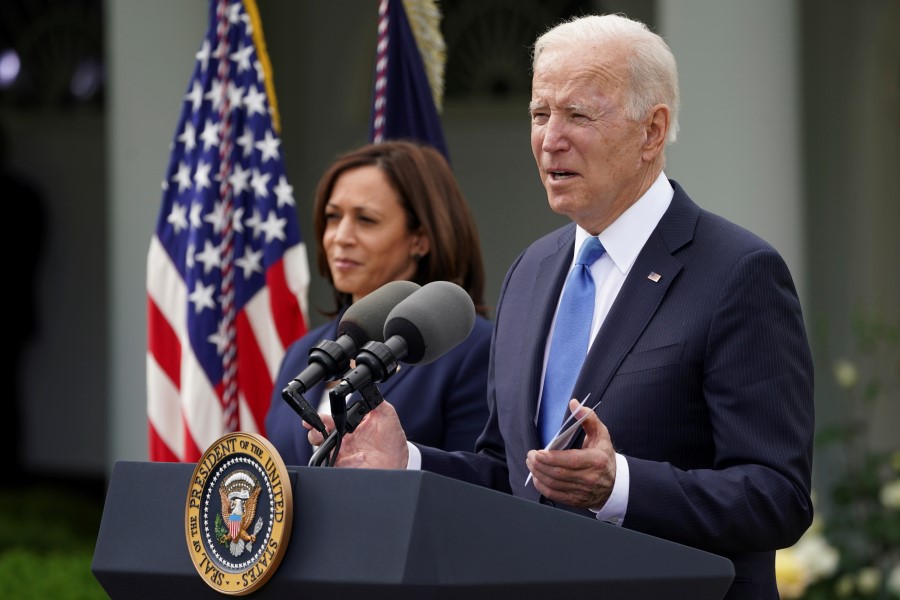 Grace Chong - 28 June 2022
While some pundits have it that Iran sees gaining full membership of the Shanghai Cooperation Organisation in terms of geopolitics, Fan Hongda thinks that the more bread-and-butter concern of strengthening economic and trade cooperation is on its mind. But this is not to say that Iran does not harbour ambitions of playing a greater regional role.
Read more
Translated by Grace Chong on 14 May 2021

US President Joe Biden has crossed the 100-day mark of his term. Even though many policies have been inherited from the previous administration and his ambitious trillion-dollar stimulus plan is still being implemented, a host of Western media from CNN to BBC have been full of praise, making comparisons to the previous Roosevelt administration and saying that Biden could become the greatest president in US history.

However, CNN is puzzled that the speeches in Congress made by Biden and his new administration have not elicited much response from China; Beijing has not shown unease or panic.

The fact is, apart from short-term pandemic and rescue measures, as well as the “correction” to “return to the international community”, the highlight of the Biden administration is the trillion dollar stimulus plan that is still being implemented.

In his first speech to Congress on 28 April, Biden sold his two big plans for infrastructure and poverty assistance. First was the US$2 trillion American Jobs Plan, which in fact is a plan to increase jobs through investing in infrastructures such as public transport, rail, airports, water pipes, roads and bridges, and high-speed broadband.

...the core strategy of the Biden administration can be summed up into three points: infrastructure-building, poverty assistance, and raising taxes.

Second was the US$1.8 trillion American Families Plan, which is in fact a poverty assistance plan that will provide free preschool education for three- to four-year-olds in the US, as well as free community college education and paid family leave for Americans. These two economic measures, along with the American Rescue Plan that has been signed into law, is worth a total of US$6 trillion.

With such high costs, where would the money come from? And here comes the third point: going for the rich. Biden plans to raise taxes on the rich and reform the corporate tax system, pushing up the top tax bracket for Americans making over $400,000 or more to 39.6%, and corporate taxes from 21% currently to 28%.

And so, the core strategy of the Biden administration can be summed up into three points: infrastructure-building, poverty assistance, and raising taxes.

Biden feels that implementing his two big plans would strengthen the US to meet the challenge from China. He claimed that if his plan was not passed, the US position as the world’s number one power would be threatened by China.

First, he faces domestic opposition. After proposing infrastructure and rescue plans and plans to raise taxes, and calling on businesses to foot the considerable bill for his plans, he would face questions and objections from Republicans, big corporations, and even some Democratic senators. And his plans need to be passed by Congress before they can be implemented.

Biden foresaw that his plans would meet with resistance in Congress, and so he said he was willing to negotiate. Even if Biden’s plans are passed in the end, they would likely be stripped down and full of compromise.

Secondly, there are inherent economic contradictions in the three main points of Biden’s “New Deal”, which also includes some wishful thinking given the global context.

Going deeper, Biden’s trillion-dollar stimulus plan mainly focuses on infrastructure and poverty assistance. Actual expenditure on manufacturing and innovative research only account for a very small portion of the plan. Clearly, this is due to an erroneous understanding of cause and effect.

The decline of American industries and the manufacturing sector is not caused by a lack of infrastructure or an impoverished middle class. In fact, it is precisely the loss of American industries and the decline of the manufacturing sector in recent decades that have resulted in a decline in national strength. This in turn has resulted in insufficient financial resources being invested in infrastructure-building, a shrinking middle class and a rise in poverty.

Observably, infrastructure-building and poverty assistance did not prevent the US losses of industry and declining national strength in the past and present, and the situation will only be the same in the future.

Although infrastructure-building can create more jobs, they are but one-off measures — as soon as the project is complete, workers are out of work again. And while poverty assistance can help the poor temporarily, the long-term “robbing of the rich to give to the poor” is unsustainable.

From capital’s perspective, there is no reason to manufacture the same product at a place where labour costs are three to ten times higher and corporate taxes are 10% higher than elsewhere in the world.

In economic terms, while increasing taxes on businesses and the rich is in line with the principles of social justice and “soaking the rich”, given the external environment of globalisation and free trade, things often do not turn out the way we want them to.

Industries once lost are hard to regain

Although Biden was praised for saying that “there is simply no reason the blades for wind turbines can’t be built in Pittsburgh instead of Beijing”, the problem is that capital has no motherland.

From capital’s perspective, there is no reason to manufacture the same product at a place where labour costs are three to ten times higher and corporate taxes are 10% higher than elsewhere in the world. When developing countries around the world are attracting foreign investment with incentives such as low labour costs and tax cuts, short-sighted tax policies that penalise the rich would only result in an increased and quicker loss of capital and industries.

To reduce tax competition, Biden is attempting to join forces with Western European countries to launch a global corporate tax plan. However, even across the whole of Europe, this wish may not be fulfilled, let alone in other developing countries.

Biden associated his massive stimulus plans with the goal of competing with China, even pitching it as a political and ideological tussle and a race to see who emerges victorious in the 21st century. Putting aside ideology, beliefs and the short-term effects of a huge economic stimulus, if we just assess the proposed plans on a long-term basis, Biden’s plans do not seem capable of leading America out of its current predicament.

Related: Biden’s impressive ‘three-in-one’ policy to deal with China | Can Biden’s new infrastructure plan rival China's BRI? | Securing its place in the world economic order: The EU can't afford to wait for the US