Can a museum be over-commercialised?

Criticisms have been levelled at the Palace Museum’s heavy use of the institution’s cultural capital for commercial gains. Museum officials rationalise that government funding alone is not enough to keep them going; tasteful product lines and festive promotions are just some of their means of survival. 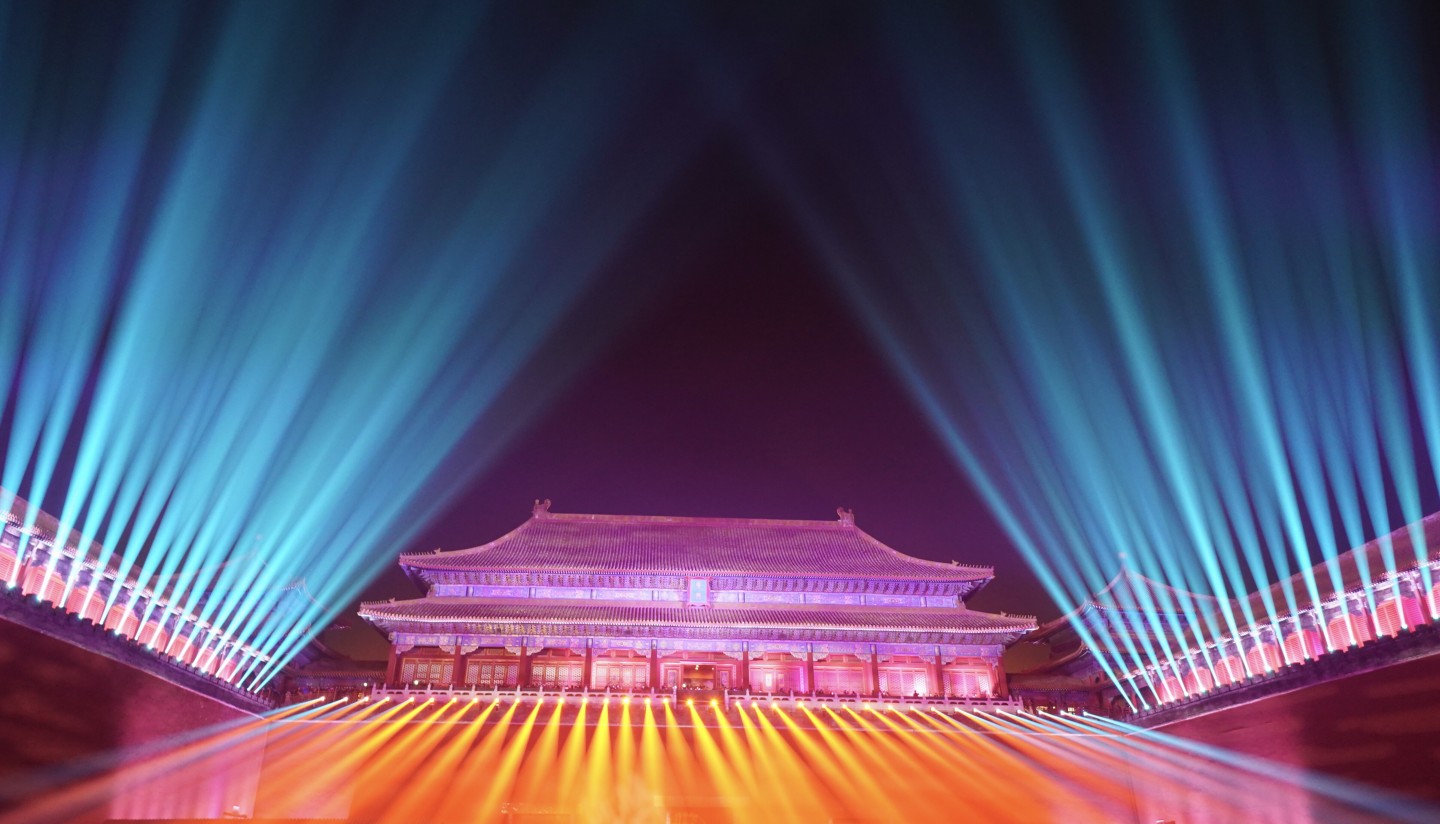 The spectacular light show staged during the Chinese Lantern Festival in 2019. (Xinhua)

Grace Chong - 27 January 2023
Regulators are ramping up efforts to cull poorly performing firms and those that violate the rules or break the law. A record number of companies got the boot from Chinese mainland stock exchanges last year, and that number could even double in 2023.
Read more
Translated by Grace Chong on 4 February 2020

It is customary to have a reunion dinner on the eve of Chinese New Year. This year, a reunion meal priced at a whopping 6688 RMB (approximately S$1338) sparked debate and placed the 600-year-old Forbidden City which houses the Palace Museum in the hot seat.

The mastermind behind this pricey meal is the Corner Tower Restaurant. The restaurant is located at the Southeast wing outside the museum’s Gate of Divine Prowess (神武门), in the area designated for the museum’s non-heritage buildings. However, a mere three days after the palace-themed reunion dinner was launched, it was cancelled. The restaurant shortened its opening hours and brought forward its closing time to four o’clock in the afternoon. The Corner Tower Cafe at the West wing outside the Gate of Divine Prowess, as well as the museum’s Taobao experiential store, were also implicated and forced to suspend their businesses prematurely.

In comparison to various museums struggling to survive on government funding, the Palace Museum’s commercialised operations provide a model for the industry to emulate.

This is not the first time that the museum has used flashy food and beverage (F&B) promotions to draw in the crowds during Chinese New Year. On the first day of the Lunar New Year in 2019, the restaurant’s new item on the menu — “Emperor’s Hotpot” — quickly outshone all other hotpot rivals in Beijing. Yet, in less than a month since its opening, it suspended all operations citing excess demand and an outpouring of public criticism.

Transforming into a cultural internet celebrity

Although the Palace Museum has failed to leverage on profiting from the “Lunar New Year economy” twice now, it is clear that its image has changed since its operations were commercialised in 2012. The museum is no longer just a former home of over 9000 emperors and concubines, nor a palace that houses cold artefacts from the Ming and Qing dynasties — it is a super internet celebrity of the cultural arena. It has become one of the historical and cultural intellectual properties that holds the most commercial value.

Shan Jixiang, former director of the Palace Museum, revealed that early in 2017, the museum had already earned an annual income of 1.5 billion RMB just from its cultural and creative products alone, an amount that exceeds their government funding. In comparison to various museums struggling to survive on government funding, the Palace Museum’s commercialised operations provide a model for the industry to emulate.

Over the past two years, the Palace Museum has received endless public criticism over its rapid commercialisation process, following its dabble in the F&B, cosmetics, and fashion industries. Some are worried that the numerous types of cultural products will deplete the museum’s intellectual property resources. Others point out that the museum’s excessive tie-ups in its eagerness to pursue commercial monetisation is a short-sighted move.

An interviewee, a Mr Hu, compared the National Palace Museum’s Silks Palace in Taipei with the Corner Tower Restaurant of the Palace Museum in Beijing. He didn’t mince his words when he said, “If we look at the price alone, the Silks Palace is just as pricey as the Corner Tower Restaurant. But the ambience, menu, and service of the Silks Palace are impeccable.” He continued, “The Palace Museum is already way ahead of the National Palace Museum in terms of its earnings from cultural and creative products. Why does it still have to hop on the bandwagon of doing elaborate F&B promotions during the Lunar New Year? It can already earn truckloads by modestly operating its restaurant on normal days by leveraging on the museum’s intellectual property.”

Shan Jixiang has reflected on the public’s question about the museum’s over-commercialisation. He believes that a sole reliance on government funding is inadequate for completing massive projects like conservation and maintenance of the museum. “If we do not organise cultural activities, our impact will be limited, and few organisations will want to collaborate with the Palace Museum,” he said. As for the products that drew more criticism, like lipsticks and hotpots, Shan said that those items were not the focus of the museum’s development.

Liu Simin, director of the Tourism Research Institute of the Center For Culture Industry at the Beijing Foreign Studies University (北京外国语大学文创产业研究中心旅游研究所), does not agree with criticisms that the Palace Museum is over-commercialised. He told Lianhe Zaobao that further commercialisation of the museum should be encouraged as long as no damage is done to the cultural relics. He said, “The extent of commercialisation can be very large. Emperors in the ancient dynasties also conducted big feasts for their guests and ministers at the same place, so why can’t the general masses do the same? How can they criticise the museum as being over-commercialised?”

Returning to its deeper cultural roots

Liu explains that the Palace Museum is a protected cultural heritage site reporting directly to the central government. It is run under a “dual revenue and expenditure policy”, in which income from ticketing and exhibitions must be turned over to the state, and budget proposals for conservation and other works have to be put up for funding requests. He said, “Since revenue from the sales of creative products cannot be kept for their own personal use, there is little motivation for excessive commercialisation.”

This year marks the 600th anniversary of the Forbidden City, and the 95th anniversary of the establishment of the Palace Museum. As part of its celebrations, 85% of the Palace Museum will be open to the public, and famous Chinese paintings such as Night Revels of Han Xizai (《韩熙载夜宴图》) and Along the River During the Qingming Festival (《清明上河图》) will be exhibited in succession. Apart from this, the Yanxi Gong, a palace that received a lot of online attention due to the television serial Story of Yanxi Palace, will also be open to the public following its transformation into a foreign cultural relics exhibition space. However, the spectacular light show staged during the Chinese Lantern Festival last year will not be held this year.

The omission of the magnificent light show may not be that big of a loss for the 600-year-old Forbidden City. 52-year-old Hu Quansheng, a teacher who grew up in the Huangchenggen area, told us during an interview, “The Forbidden City and Palace Museum exists so that we can communicate with our old ancestors through cultural relics. By using the relics as a medium, we’ll be able to discover and understand the ancient people’s way of life and learn their way of thinking. The 600-year-old Forbidden City should still return to its deeper cultural roots.”