China and India: When Western democracy fails and only utopia remains 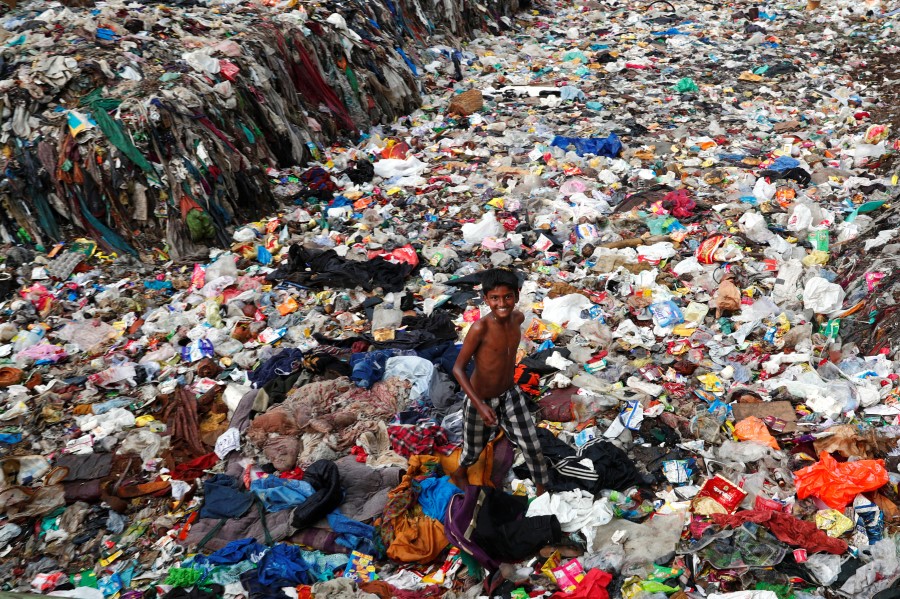 A boy plays on a pile of garbage covering a drain at a slum area on World Environment Day in New Delhi, India, 5 June 2020. (Adnan Abidi/REUTERS)

Candice Chan - 5 August 2022
China's "Foundation Plan" for iron ore has gained much official support, and is aimed at reducing reliance on foreign sources of iron, including Africa and Australia. The only way to do this effectively is for China to ramp up mining of its own iron resources. However, these resources are scattered and difficult to access, and of lower grade. This means China has its work cut out if it is to succeed.
Read more
Translated by Candice Chan on 26 June 2020

The world has been watching the skirmish on the China-India border, which has involved improvised weapons such as batons wrapped in barbed wire, while speculating which side would win if full-scale fighting broke out.

China and India are similar in many ways. They each have a population of 1.2 to 1.3 billion, and at the grassroots level, people are equally poor. India goes by the caste system, with a class of “untouchables”. China has a wide rich-poor gap with a so-called “low-end population”, or class of migrant workers who often work in manual jobs. Corruption is a problem for both governments, and the two countries are striving to take the lead in high-tech education.

But there is one difference: after India’s independence, it established a Western-style parliamentary democratic system and did not follow Marxist-Leninist communism. Indian people do not have the Cultural Revolution gene; the West has long invested in India, and it has long integrated itself with globalisation and established a capitalist society.

But the uniquely Indian society remains different from the Western capitalist parliamentary democracy. People in Western countries have the right to vote, and pay taxes to live in a developed democratic society where their personal rights and interests — including the rule of law, universal education, medical benefits, and being taken care of by social work organisations — are assured. In Japan and Scandinavia, for instance, people are accorded dignity from cradle to grave.

While India’s untouchables and abject poor are unable to become low-wage workers, it is possible in China.

India is different. There is universal suffrage in India, and also a capitalist system. But even with decades of capitalism and globalisation, a large number of poor people from farming villages move all over the country, yet never become low-wage workers in factories in the city.

In China on the other hand, after 30 years of reform and opening up, many workers left the fields in their farming villages and flocked to the cities, where they were taken in by Western capital and state-owned enterprises and became part of the “world’s factory”. While India’s untouchables and abject poor are unable to become low-wage workers, it is possible in China.

This has led to the Chinese mocking the “Indian ah san” (a transliteration of “Indian ah sir”) by asking: “What use is democracy, when it cannot feed people or eliminate poverty?”

Many among India’s sizeable poor population have been displaced between rural villages and cities. In Mumbai and Kolkata, there is an endless stretch of slums, with ramshackle wooden huts amid mountains of garbage. The living conditions of India’s poor are appalling and strikingly visible.

As China’s farmers leave their villages for the cities, even if they are sometimes out of a job and become part of the low-end population, they can still survive in the interim. And with a constant high volume of orders from the West to count on, the poverty in China’s farming villages and cities does not look as bad as in India.

Of course, there are also beggars with disabilities and human traffickers who kidnap children, but like the lakes along the Yangtze River, China’s large cities have become figurative reservoirs. There are no lakes in the flow of people between India’s farming villages and cities, leading to an unprecedented flood of poor people.

Both countries have produced generations of intellectuals who screamed with all they had to make themselves heard. But Western democracy and the national conditions in China and India could not meet these calls, which is why none have totally succeeded.

While India’s abject poor still have voting rights and democracy, the country’s level of healthcare and education, rule of law and incorruptability of the police, fall far short of the West. This has led to the Chinese mocking the “Indian ah san” (印度阿三, a nickname literally meaning “Indian Three” but is probably a transliteration of “Indian ah sir”) by asking: “What use is democracy, when it cannot feed people or eliminate poverty?”

Are parliamentary democracies shaped by their national characteristics? Absolutely. Religion in India does get in the way, but India does not have a national brainwashing mechanism; the Chinese have no religion, but a majority are mindless drones who are products of systematic brainwashing. Both countries have produced generations of intellectuals who screamed with all they had to make themselves heard. But Western democracy and the national conditions in China and India could not meet these calls, which is why none have totally succeeded.

India’s capitalist system led to many poor people leaving their rural lands, but they were not subsumed into the capitalist profit network. India’s poor have become a horde of lost, wandering souls, stuck in purgatory between farming village and city. For them, democratic freedom holds little meaning. 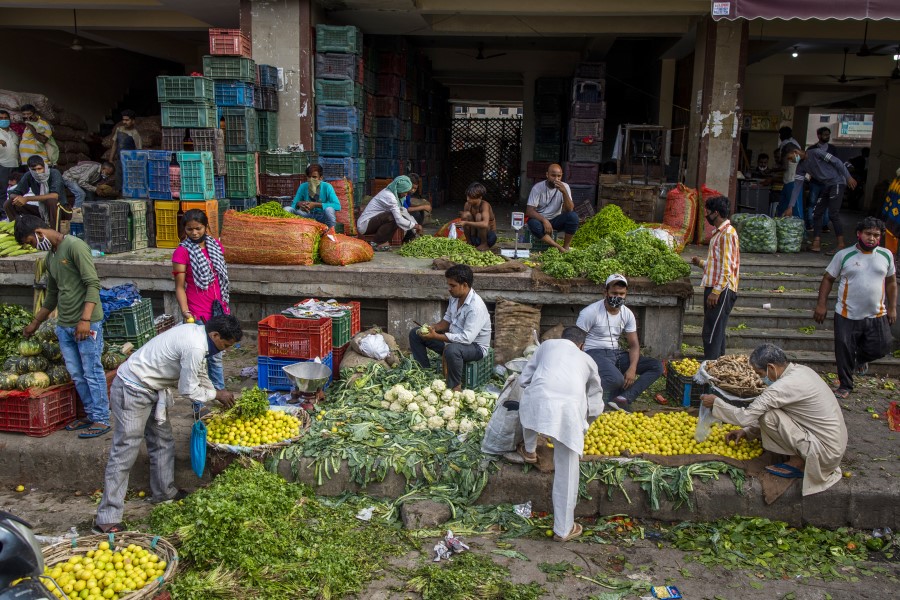 Of course, God said “Let there be light”, and there was light. To some extent, this difference between China and India is a result of Western capitalist colonialism. If US production lines were moved to India, would India become like China, with its farming population being accepted in cities and contributing to the country’s high GDP?

When the coronavirus hit, Indian Prime Minister Narendra Modi implemented a nationwide lockdown, with just four hours’ notice. During that time, the middle classes in India’s cities bought food and medical supplies. But the tens of millions of street vendors and poor people in India’s major cities suddenly had no income and no home.

Indian sociologist Partha Chatterjee feels that people in a Western-style parliamentary democracy have various civil rights, which makes it a true civil society. But while India is considered a parliamentary democracy, this is only insofar as having a parliamentary democratic system, and an imperfect one at that. It has an intellectual class — its technical institutes are excellent — but it cannot channel the talent in India’s people to produce a good system that people are happy with, that will eliminate poverty and provide basic safeguards for the human rights of India’s poor. In that sense, India is a so-called political society. (NB: In Chatterjee’s book Lineages of Political Society, he explains that two different societies coexist in postcolonial India — the civil society which is concerned with modernisation and the political society which is driven by survival needs.)

When the coronavirus hit, Indian Prime Minister Narendra Modi implemented a nationwide lockdown, with just four hours’ notice. During that time, the middle classes in India’s cities bought food and medical supplies. But the tens of millions of street vendors and poor people in India’s major cities suddenly had no income and no home.

India has a large number of poor people, who found themselves wandering around the cities, unable to go back to the countryside and unable to self-isolate. The caste system is itself a form of class isolation; the coronavirus saw limited spread among India’s rich and middle classes, but the hundreds of millions of poor people, some congregating at temples, made it impossible to effectively control the situation.

What can the Modi administration do? No parliamentary democracy is good enough against problems that go back thousands of years. Any Indian government can only issue guidelines and then… do nothing. And the fact is, there is nothing it can do.

India’s democracy and freedom are limited to a framework of values that has been rendered completely hollow by deep structural poverty. Without sufficient values, what is left is only the framework.

“After the great cleansing and sacrifice, once again the people of India will overcome challenges and difficulties and find their soul again.” - Rabindranath Tagore

On its part, China has a powerful totalitarian system in place. It can block information and arrest journalists and human rights lawyers. For instance, little is known about the severity of the second coronavirus outbreak in Beijing.

India has the “transparency” of democracy and capitalism. But in a national crisis, all that is as useless as an animal struggling with one leg caught in a snare.

In 1941, while World War II was raging, Indian poet Rabindranath Tagore left words along these lines: “After the great cleansing and sacrifice, once again the people of India will overcome challenges and difficulties and find their soul again.”

Like the “China dream”, these words are lovely; and likewise, evoke a very unlikely utopia. In this area, China and India mysteriously converge.

This article was first published in Chinese on CUP media as "西方民主水土不服".

Related: China-India border clash: Will India's misperceptions of China's strength lead to war? | Uneasy Dance between an elephant and a dragon: 70 years of diplomatic relations between India and China | India-China relations: Compromises and conflicts amid Covid-19