Following a paper published by Gao Fu, head of the Chinese Center for Disease Control and Prevention (China CDC), China’s angry netizens are asking if the China CDC knew earlier that the Wuhan coronavirus could spread between humans. 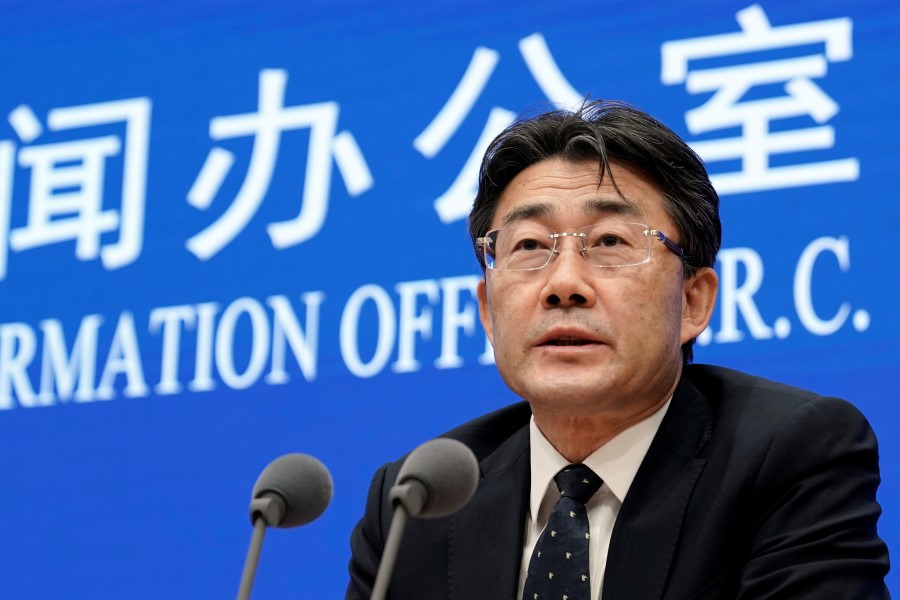 Chinese Centre for Disease Control and Prevention head Gao Fu at a news conference on the Wuhan coronavirus in Beijing, 22 January 2020. Gao released a paper suggesting that the authorities knew of human-to-human transmission of the coronavirus but did not reveal that information. (Jason Lee/Reuters)

Candice Chan - 17 January 2022
China-Russia rivalry in the Central Asian region is intensifying, with the US's departure from Afghanistan and the two countries seeking to fill the power vacuum by working within their Central Asian spheres of dominance. Can the two powers work together to foster greater regional stability or will they let their competitiveness get the better of them?
Read more
Translated by Candice Chan on 1 February 2020

In the past couple of days, there has been a fresh wave of intense online debate over whether experts failed to report the Wuhan coronavirus over the past month.

A paper published on 29 January in the New England Journal of Medicine (NEJM) by a team including Gao Fu, head of the Chinese Center for Disease Control and Prevention (China CDC), has sparked calls for punishment.

... why did the authorities only officially confirm human-to-human transmission in January 2020, when there were signs of it happening in mid-December 2019...

The internet community has asked three questions. First, why did the authorities only officially confirm human-to-human transmission in January 2020, when there were signs of it happening in mid-December 2019 and at which point was the information covered up? Second, was the data collected held back for the paper, or was it suppressed from being released to the public? And third, were the necessary steps taken during the three-week delay in controlling the epidemic, while the researchers with firsthand information were busy writing the paper? Some doctors pulling overtime in emergency departments said they were “beside themselves” with anger.

Gao had two papers published in NEJM on 24 and 29 January. The first paper described the virus and its identification. It cited three cases, the earliest occurring on 20 December 2019. The 61-year-old who was a frequent visitor to the Huanan Seafood Wholesale Market died on 9 January without providing any live samples. Gao Fu’s name appeared next to last in a list of 18 authors of that paper.

The second paper is the focus of controversy. It analysed 425 cases as of 22 January, concluding that there was human-to-human transmission that occurred in mid-December last year, with an average incubation period of 5.2 days. The paper noted a rapid increase in late December of cases with no connection to the Huanan Market, adding that while 55% of cases were connected to the market before 1 January, the percentage of subsequent cases with that connection dropped to 8.6%.

However, China’s media reports show that on 31 December 2019 when Gao Fu led the first team of experts from the National Health Commission to Wuhan to collect samples and data, the conclusion was that the new coronavirus was “preventable and controllable”, and could not be transmitted between humans.

In an interview with China Business Network yesterday, Gao Fu said epidemiological studies and clinical diagnoses should not be confused. “Control and prevention efforts have not stopped. I haven’t slept in a month.”

... strong criticism of the paper is an explosion of public unhappiness at China’s healthcare management organisations...

In another interview with CCTV on 28 January, Gao had optimistically projected that the epidemic would “turn around” soon, with possible improvement by the end of the Chinese New Year period. He also felt that someone who could spread the coronavirus to 10 other people was not a super-spreader.

Global Times editor Hu Xijin yesterday posted on the Global Times social media that the strong criticism of the paper is an explosion of public unhappiness at China’s healthcare management organisations, and the National Health Commission cannot absolve itself from responsibility and shame. Looking back, Gao’s assessment of the Wuhan coronavirus as “preventable and controllable” was reckless and misleading, and created laxity in controlling the epidemic during the initial and intermediate stages.

On 29 January, the Ministry of Science and Technology posted a document on its official website asking for researchers to “write their theses on the soil of the motherland”, and that they should not focus their efforts on publishing papers before the epidemic is brought under control.

On the other hand, some people are defending Gao Fu. They feel that the former Oxford man does not need to go after glory or seek the limelight by writing that paper. They claim it a “fabulous PR opportunity” to publish in a journal with global credibility to expose relevant information, and they hint that the epidemic figures had been stuck at the level of the Hubei provincial government.

Other oncology researchers and medical experts say the writers of the paper might have been indirectly "rescuing" the nation, by using a foreign publication to force the authorities to promptly reveal information on the epidemic. They feel that the study was supported by figures on case and case study analyses, and it would have been possible to write and publish it in two or three days. Also, the NEJM is a well-known international journal, and “there is value in seeing the whole picture through this essay”.