Covid-19 prevention and control has normalised in Shanghai, but the economic costs are still being felt across the country. China has continually implemented new measures to balance pandemic control efforts and stimulate the struggling economy, but is it enough? Chen Jing, Zaobao correspondent based in Shanghai, tells us more. 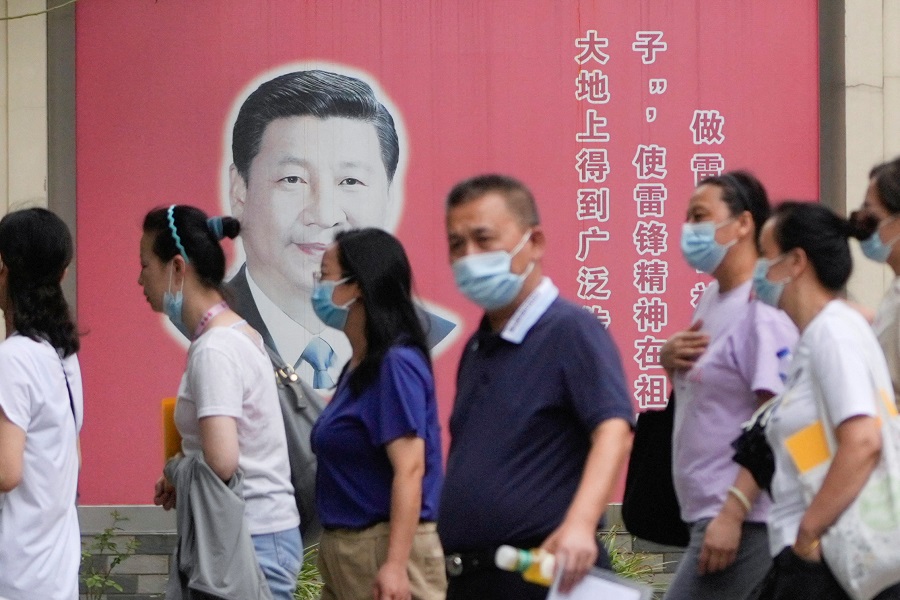 Grace Chong - 25 January 2023
With rumblings of US House Speaker Kevin McCarthy possibly visiting Taiwan in spring, Yang Danxu observes that this will not be the last we see of the “Taiwan card” being played by US politicians as they move into the second half of the current US presidency.
Read more
Translated by Grace Chong on 1 September 2022

After nearly three months, I didn’t think that I would have to go through self-isolation at home again.

The Shanghai authorities reported one new Covid-19 case on 30 August. As I was exposed to a passenger who was on the same flight as the infected person, I had to self-isolate for a week and conduct health monitoring for three days.

After I became a “close contact of a close contact”, I was bombarded with phone calls from the Center for Disease Control and Prevention, the subdistrict office and the residential committee. Grassroots cadres tried to convince me to undergo centralised quarantine at a hotel to reduce the impact on my locality, saying that I wouldn’t have to pay for it anyway. I eventually stayed home for the required isolation, but I became intrigued about the cost of centralised quarantine.

As of 9 am 31 August, officials have identified 1,014 close contacts of the confirmed case and they are undergoing centralised quarantine in accordance with current anti-epidemic measures. Based on the quarantine hotel rates from my stay two years ago when I arrived in Shanghai, the cost for one person per day is roughly 300 RMB (US$43). Thus, the approximate cost of quarantining 1,014 people for a week would amount to nearly 2.13 million RMB, excluding PCR tests and transportation costs.

The costs of contact tracing and quarantine arising from just a single Covid-19 case is already shocking, not to mention that of PCR tests, which has become part and parcel of everyday life for Shanghai residents. Nomura Holdings estimated in May that testing 70% of the population every two days would cost the Chinese government 1.8% of the country’s GDP.

Nearly two million kindergarten, primary and secondary school students who are returning to school in Shanghai this week will be required to take daily PCR tests. Since early this year, various regions in Shenzhen have even required residents to have at hand a negative 24-hour PCR test result.

... the exorbitant economic cost of achieving “zero Covid” has brought into question the so-called “big-picture and long-term planning” (算大账、长远账) that officials have promoted.

These stringent anti-epidemic measures have however still not prevented Covid-19 flare-ups and the resultant shutdown of economic activities. Following a new Covid-19 outbreak in Shenzhen, at least four major conventions have been cancelled this week, including the Pet Fair Asia, which was already postponed for a year and relocated from Shanghai to Shenzhen.

Amid fears that the convention hall would go into a sudden lockdown, thousands of exhibitors abandoned their goods and fled overnight. Some exhibitors took to social media to vent their frustrations, lamenting that their makeshift booths and exhibited goods have all gone to waste, with each enterprise losing hundreds of thousands to millions of dollars. They sighed, “A convention has instead made matters worse for this industry in 2022.”

Prevention and control has become normalised

From quarantines and testing to lockdowns, the exorbitant economic cost of achieving "zero Covid" has brought into question the so-called “big-picture and long-term planning” (算大账、长远账) that officials have promoted. China’s dismal second quarter GDP growth of 0.4% year-on-year highlights the massive impact of lockdowns on economic activity.

Local government finances have also taken a hit due to the anti-epidemic measures, as shown by the 10.2% year-on-year drop in China’s fiscal revenue during the first half of the year. Even in Shanghai, where Covid-19 prevention and control has become normalised, civil servants suffered significant pay cuts due to tight local finances; not to mention the many small border towns under prolonged lockdowns.

Yuyuantantian (玉渊谭天), a media platform under CCTV, quoted data from the National Bureau of Statistics’ research team last week, saying that the total economic cost of China’s stringent anti-Covid measures between 2020 and the first half of 2022 only amounted to 2.3%, less than that of Japan and South Korea (3.9%), which adopted relatively strict anti-epidemic measures, and the US and the UK (5.9%), which adopted a passive approach to the pandemic. This showed that China’s anti-Covid model managed to strike a balance between epidemic prevention and production and development.

A newspaper affiliated with the Central Commission for Discipline Inspection and the National Supervisory Commission (《中国纪检监察报》) published an article on 31 August stating that only the countries that are unable to find an effective anti-Covid strategy to control the pandemic will be left with no choice but to resort to "lying flat" (躺平). It asserted that China has proven time and again that its scientific and precise epidemic prevention and control measures are most effective and come at the lowest cost, because they minimise the impact of the pandemic on economic and social development.

Amid the state media’s staunch defence of the effectiveness of China’s “dynamic zero-Covid” approach, officials are working to stimulate the sluggish economy. Following last week’s announcement of 19 new policies to rescue the economy, the central government sent high-level task forces to five provinces including Henan, Fujian and Shandong to supervise and speed up the rollout of these new measures. China’s finance ministry also announced this week that it would “strengthen macro economic policy adjustment and plan incremental policy tools”.

“Now, China’s economy is like trying to swallow all sorts of pills while being strangled by the throat. People keep asking what remedy would help it stay alive, but everybody knows that the key is for the hand on the throat to let go.” — A Chinese economist

During a 29 August teleconference on improving government services and streamlining administrative procedures to create a good business environment, Chinese Premier Li Keqiang said that the Chinese economy was affected by unexpected factors in the second quarter, and a key task ahead would be to stabilise the foundation of economic recovery. He asserted that the country has rolled out “more forceful” economic policies this year compared with 2020.

Will the successive measures to stabilise economic growth address the immediate needs of the Chinese economy? I recently spoke with an economist who wryly responded that he did not have a solution on how China could boost its economy. He said, “Now, China’s economy is like trying to swallow all sorts of pills while being strangled by the throat. People keep asking what remedy would help it stay alive, but everybody knows that the key is for the hand on the throat to let go.”

The Chinese Communist Party’s 20th Party Congress will be held in mid-October, and the outside world would expect the stringent “zero Covid” measures to be maintained across China leading up to this major political event.

Of greater concern now is whether, after this political shakeup, the authorities would set up an test site where a new method of pandemic control can be trialled at a different economic cost.

Related: Many want out as Shanghai recovers from lockdown | Shanghai's worsening Covid-19 outbreak is turning political | Covid-stricken Shanghai is down, but is it out? | Escape from Shanghai: The sorry state this megacity finds itself in | Reflecting on two months of lockdown in Shanghai | Shanghai's Covid shutdown is disrupting domestic and global supply chains | Can Shanghai meet its zero-Covid deadline and resume production?