In the current political climate, the possibility of a phase two trade deal between China and the US is practically a non-starter. So be it, says Zhu Ying. China has shown that it wants to walk its own path, and will probably do so even more resolutely as it bristles at criticism of “socialism with Chinese characteristics”. 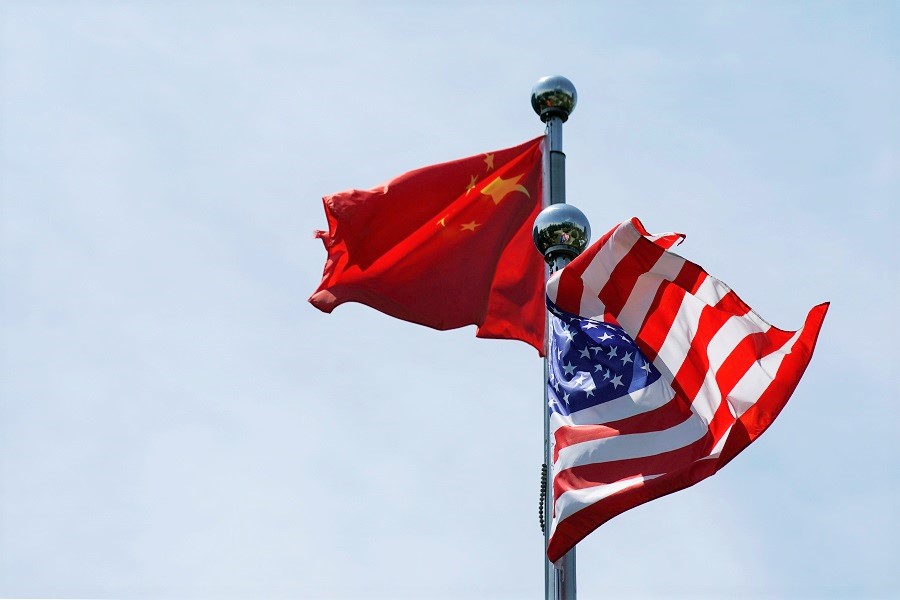 Chinese and US flags flutter before a trade meeting in Shanghai, China, 30 July 2019. (Aly Song/File Photo/Reuters)

Grace Chong - 2 August 2022
Taiwanese commentator Chen Kuohsiang believes that China’s economy is under threat, with the unravelling of intertwining issues in the financial industry, property sector and government finances that cannot be easily resolved. How will China boost its investment-led economy, push down unemployment rates, and regain consumer and investor confidence?
Read more
Translated by Grace Chong on 29 July 2020

First, Trump already failed to get what he wanted in the phase one trade deal. Would he be able to get what he wants in phase two trade negotiations? No! What is the aim of the US’s trade war with China? US trade representative Robert Lighthizer participated in a Chatham House webinar on 9 July. In response to a question on the end goal of the US’s China strategy, he said their current focus was to “stop an aggressive force”. He said that creating rules that “benefit all of us is in our interest”, and that the phase one trade deal was an attempt in that direction. He stressed that such rules needed to accommodate for the fact that “some people operate on a basis that is not market-driven and economic”.

If we see the phase one trade deal as an attempt to change China’s economic system, then Trump has clearly lost.

Phase one deal loses its shine

Trump can brag that China has committed to purchasing an additional US$200 billion worth of goods and services over two years under the phase one trade deal, but does that mean that the Trump administration has succeeded? Purchasing more has always been the Chinese government’s only way of dealing with the intensifying China-US trade war. This time, Trump has merely written this existing practice into the trade deal as a means to constrain the Chinese government’s behaviour. Based on this point, the Trump administration has gotten something out of China.

He (Trump) seems to think that the Chinese government already knew about the coronavirus outbreak when it signed the trade deal in January.

However, this gain is doomed to be lost because of the Covid-19 outbreak. The China-US phase one trade deal includes a force majeure clause that allows both parties to “consult each other” should there be “a natural disaster or other unforeseeable event” that prevents either party from performing their contractual obligations. This paves the way for China to renege on the agreement citing its inability to purchase the stipulated amount of US products as a result of the pandemic.

In fact, Trump seems to be aware of a secret behind the trade deal. He seems to think that the Chinese government already knew about the coronavirus outbreak when it signed the trade deal in January. Thus, China signed the deal without hesitation, and prevented the China-US trade war from escalating. Based on this point, China won. The Trump administration thought that it could keep China in check by imposing rules on them. Yet, China was saved by the same rules designed to constrain them. Hence, Trump no longer wants to negotiate a trade deal with China. He has already lost all hope in them.

Second, does Trump have time to negotiate a phase two trade deal with China? No! Before the US contains the coronavirus outbreak and restores its economy to its previous state, the China-US trade war will not be a priority. Until the end of 2020, Trump will be busy with his re-election campaign and will not initiate trade negotiations with China.

Even if Trump is re-elected and continues being President in 2021, nobody knows if the US would have contained the coronavirus by then. If the coronavirus is contained, Trump’s priorities would lie with economic recovery and handling the aftermath of the outbreak. Only after all these issues have been managed can the implementation of the China-US phase one trade deal be considered. Trump’s stance towards China after the dust settles is still unpredictable as well. However, one can expect Trump to at least vent all his anger at China because of the pandemic. Thus, whether negotiations between China and the US would resume remains a question.

Third, can Trump overcome the challenges of agreeing on a phase two trade deal? No! If a phase two trade negotiation were to be initiated between China and the US, the US would certainly target the issues associated with China’s economic model, such as demanding China to stop subsidising its state-owned enterprises. From a market economy perspective, such subsidies do play a huge role in creating overcapacity. Overcapacity not only distorts the allocation of resources in the Chinese market, it does the same to international markets as well. The US and even the European Union’s criticism against China in this aspect is driven by an inherent logic based on economic laws.

China’s increasingly powerful navy already boasts of a significant 300 ships and submarines — 13 more than the US navy, and three times the Russian navy’s fleet of 83. It does not stop here.

Why? China’s increasingly powerful navy already boasts of a significant 300 ships and submarines — 13 more than the US navy, and three times the Russian navy’s fleet of 83. It does not stop here. China is also building a 50,000-ton aircraft carrier, with US aircraft carriers standing at 100,000 tons. Center for Strategic and International Studies researcher Richard D. Fisher predicts that China will ultimately have a fleet of 15 or more aircraft carriers. Based on China’s naval expansion, China’s steel production can be said to be laying the material foundation for building a powerful Chinese navy. Naval power adds confidence to China’s unwavering determination in safeguarding national sovereignty and territorial integrity.

China-US rivalry in the South China Sea has reaffirmed the Chinese view that American imperialism will always try to bring Chinese socialism down, and further bolstered the Chinese ruling party’s belief in the power of the “four confidences”. China is the only country in the world with a national system cohesive enough to achieve major successes. It quickly caught up with Western powers and earned bargaining power with the West. It is moving towards the centre of the world stage, and establishing “a community with shared future for mankind”.

Thus under the guise of applying market economy principles, the US government is pushing China towards “structural reforms” in a bid to weaken the latter’s state-owned enterprises. However, doing so only reinforces the Chinese ruling party’s view that the US is bent on bringing down the Chinese government and containing China. Given its adverse reaction, the Chinese ruling party would most surely not want to negotiate issues involving its economic model with the US. Although China signed a phase one trade deal with the US, it has never planned on negotiating “structural reforms” with the US — where is the basis for a China-US phase two trade deal then?

China’s ability to implement a national security law for Hong Kong amid worsening international environments is sending strong signals to the world: China’s top priority lies in safeguarding social stability and national security. As a famous quote by Dante Alighieri goes, “Follow your own path and let people talk!” China will walk its chosen path and let Western countries talk!

Related: 180 years later, China is still an outsider to the Western-led world order | There will be no peaceful rise — China-US relations enters a new phase | The return of Mao-era practices: New threat to China's political and economic modernisation | Trump threatens terminating phase one trade deal but can China fulfil pre-pandemic promise?