In the first of four articles, cultural historian Cheng Pei-kai shares his impressions of the Moscow he knew from a decade ago. He notes that in bleak and cold surroundings, facing an autocratic regime, a nation’s people found a way to survive. And whether it was against Napoleon or Hitler, the heavens always stood on the side of lumbering Russia as it waited out its opponents. 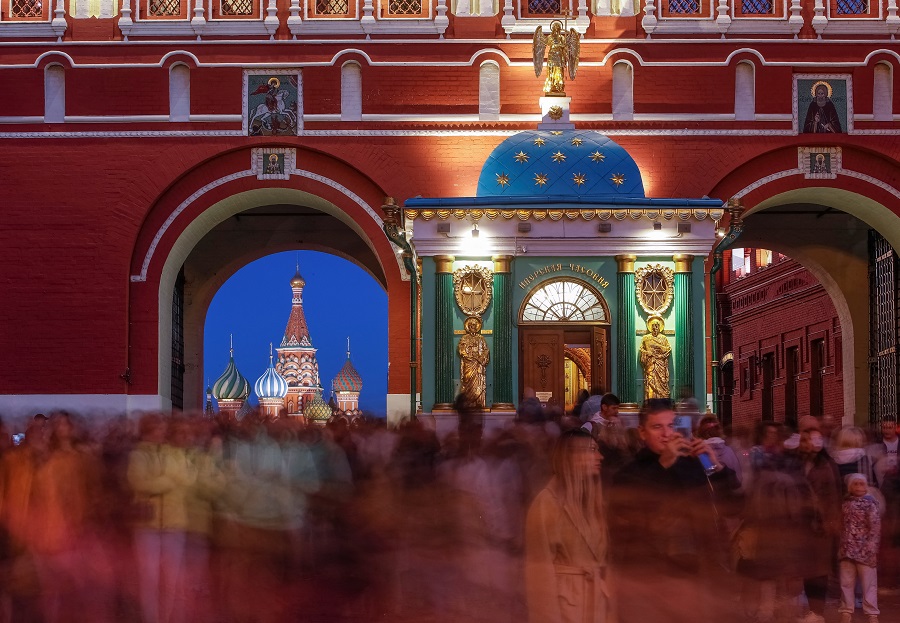 Grace Chong - 25 November 2022
China’s resurgence of Covid-19 infections has widened the gap between the young workers opposed to the tightening of controls, and the older generation that feel safer with strict measures in place. Given that the elderly make up a high proportion of the Chinese population, Chinese authorities seem to be holding fast to the dynamic-zero policy. Zaobao correspondent Wong Siew Fong tells us more.
Read more
Translated by Grace Chong on 20 September 2022

Moscow, a gloomy Moscow. An icy earth blanketed in snow, burying laughter and the bright summer’s day. Even without going to Moscow, one has an impression of it — a capital marked by human resilience and the capacity to face the harshest adversity. To survive long winters under ruthless autocracy, one can only face cruelty with indifference, fight brutality with crudeness and brace -30°C temperatures with vodka.

When I think of Moscow, the image in my mind is often of war, of the strength of conviction, however brittle, to fight against reality, and of the indomitable spirit of sacrifice for intangible ideals and beliefs. In the writings of renowned Russian writer Leo Tolstoy, the tangled web of war and peace is a tragicomedy in which God tests our deeply contrarian hearts. While humanity has sunk low, it retains dignity in suffering and joy in survival.

I have an innate fear of Moscow, but also a heartfelt admiration for it. What often comes to mind is Napoleon’s proud invasion of Moscow, arriving only to find it empty and deserted. I often wonder how it must have felt to tower over an abandoned Kremlin? Their arrogant intrusion turned out to be just a show without a Russian audience. The scariest thing was that the stage was set by the Russians themselves as they waited for the French troops to perform the Empty Fort Strategy.

I am awestruck whenever I listen to Tchaikovsky’s 1812 Overture.

Being an intelligent man, when did Napoleon realise his predicament and that there was nowhere to retreat? After a day, two days, three days, a week, a month… Where were the Russian troops? Winter came at last, and that was when Napoleon, born and raised on the warm Mediterranean island of Corsica, finally realised the icy resilience and coldness of the Russians. But it was too late.

I am awestruck whenever I listen to Tchaikovsky’s 1812 Overture. When the Russian troops counterattacked and defeated the French troops, the church bells rang out in unison, chiming like a hurricane sweeping across the land. I think that the Russian people’s composure and outburst of power after a long period of depression comes not only from the wintry weather, but also from the religious faith on which surviving in a harsh living environment depends.

My first impression of Moscow when I visited the city was of its vast size, and the strange impression of things being large but impractical.

When I arrived at the guest house of the Financial University, I was greeted by an empty hallway. I only reached the gloomy lobby after passing through three thick and heavy doors. I tried to rationalise the design in my brain, telling myself that it must have been planned in this manner to withstand the harsh winter conditions. While it seemed like a waste of space, it was actually extra protection for the winter. But I still felt that the overall design was extremely awkward, giving a sense of helplessness, desolation and being at risk of being swept up in a blizzard at any moment; it was a sombre, sweeping form of spatial oppression.

Perhaps because Russia is so sparsely populated, Russians have grown accustomed to the empty spaces that allow them to do a high kick, throw a punch and somersault anytime and anywhere. After all, the country is huge and there is no need to consider the price per square foot. Buildings can be built in whatever way they like, which was an eye-opening experience for someone like me used to living in the pigeonholes of Hong Kong’s tiny living spaces.

The gods let him know the price of going against the heavens and gave him what he deserved. Hitler was also dealt with in the same way.

Moscovites also move slowly. I wonder if it’s related to the cold weather — after all, it’s better to keep still than to move about, because moving burns calories. The receptionist who handled my paperwork was a plump lady who appeared to be in her forties. She took my passport and flipped its pages back and forth. I don’t know if she was finding some information or if she had not seen a Hong Kong passport before and needed more time with it. Or, she could have simply thought that it was amusing and fun to do so. In any case, she took her time and she was not one bit concerned about wasting the other’s time or the queue that was forming. After five minutes, she finally returned my documents and handed me a key. I finally got checked in.

With time and space on their side

I couldn’t help but extrapolate — didn’t the Russians also use such delay tactics when fighting Napoleon? When winter came, the heavens took care of Napoleon himself. The gods let him know the price of going against the heavens and gave him what he deserved. Hitler was also dealt with in the same way. The heavens have always stood on the side of the lumbering Russians. No matter how powerful Hitler’s Blitzkrieg was, he could not fight the heavens — he was still destroyed and never came back.

Back when Chiang Kai-shek fought Japan, he bought time with space, allowing Japan to push forward its front line but leading it into a swamp. The prolonged war ultimately defeated Japan. The Russians are even more capable of that — time and space are on their side and they can afford to wait it out. Like Zhou Botong, the character in Jin Yong's martial arts novels who loves the game of holding one’s breath, the one who holds his breath the longest clinches the final victory.

Perhaps I can learn the art of Russian-style victory after living in Moscow for some time.

This article was first published in Chinese on United Daily News as “莫斯科印象” in 2013.

Related: Lessons from Ukraine: Russia might fall into decline by going against global sentiment | Putin and Russia's greatest 'contribution' to history | An ostracised Russia's descent into war and lessons for China | Emperor Putin's missed opportunities and delusions