Did the Rooster or the Horse win?

The two most important award ceremonies of the Chinese film industry- the Golden Rooster Awards and the Golden Horse Awards- were held on the same day this past weekend, in Xiamen and Taipei respectively. Yang Danxu gives her take on each show and how little signs and symbols in each mirror the one-upmanship in cross-strait relations. 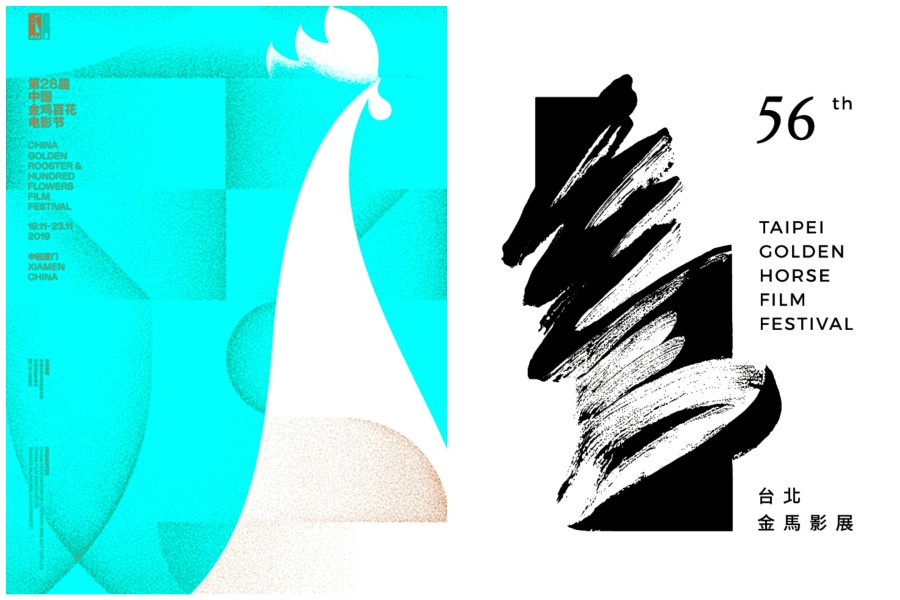 The Golden Rooster Awards and Golden Horse Awards went head-to-head this year, including the poster designs.

Candice Chan - 8 July 2020
China’s gaokao began yesterday, with millions of students taking this national university entrance exam (gaokao). One phenomenon that got Zaobao correspondent Yang Danxu curious was students wearing purple underwear to the exams. She examines this and other superstitions that give students a mental boost in the exam, and says that the gaokao needs to remain fair.
Read more

Candice Chan - 6 July 2020
Australia’s recently-released defence update may be the most consequential document yet in terms of Canberra’s defence relations with Southeast Asia. Australia is asking its Southeast Asia partners to do more, while offering them more in return. It is also boosting its military self-reliance and its alliance relationship with the US.
Read more

Candice Chan - 3 July 2020
There is little doubt that the US is in disarray at the moment. Hong Kong political commentator Chip Tsao does not hold back in giving his views on the current situation in the US, claiming that America’s move to the left after eight years under the Democratic Party have worsened the culture of political correctness and left little room for policies that motivate disadvantaged groups to keep their feet on the ground and contribute to society. The middle class is also made to shoulder growing societal and financial burdens. In that light, would the prospect of a change in the US government in five months time be a boon or bane?
Read more

Modernise China’s governance? Get rid of deities and emperors

Candice Chan - 3 July 2020
China has put a lot of effort into modernising its governance system over the decades, but it still seems to miss the mark or to have even regressed in some areas. EAI academic Lance Gore puts this down to a muddled understanding of what true modernisation entails. Cult of personality, formalism, and conformity still permeate the system to a large degree, such that decision-makers live in a bubble thinking that all is well.
Read more

Candice Chan - 1 July 2020
The new national security law for Hong Kong covering crimes of secession, subversion, terrorism and collusion, with possible punishments as harsh as life imprisonment, was passed yesterday. Since then and even before that, opposition camp leaders past and present have been announcing their departure from politics. Does this mean the national security law is having the deterrent effect it was designed to have? And what lies ahead for Hong Kong in such a changed landscape? Zaobao correspondent Yang Danxu examines the issues.
Read more
Translated by Candice Chan on 27 November 2019

This past Saturday, two major awards ceremonies of the Chinese language film industry were held on either side of the Taiwan Strait. While nothing was spelt out during the events, when mainland China’s Golden Rooster Awards (GRA) and Taiwan’s Golden Horse Awards (GHA) went head-to-head, the figurative jousting was felt even through the TV screen.

Very early on, the internet community in mainland China was already fretting about this contest. But those who were worried that the Rooster would be no match for the Horse were relieved when the official GRA poster was unveiled last month, looking simple and classy, a complete change from its previous unsophisticated style, prompting comments that “this Rooster is one to be proud of!”

By the time Saturday came around, the tension had thickened. First, the GRA was held in Xiamen. In terms of scale, it was definitely a far grander affair than the GHA across the strait. The stars were out in full force on the GRA red carpet, with over 600 celebrities from the Chinese language film industry gracing the occasion. Big names from mainland China and Hong Kong were there, such as directors Zhang Yimou, Chen Kaige, and Tsui Hark, as well as actors Jackie Chan, Hu Ge, Zhou Dongyu, and William Chan. There were also some Taiwanese stars, including Eddie Peng, Ruby Lin, and Darren Wang.

The GRA is also clearly aware that if it is to catch up with the more widely recognised GHA and become a film award of international influence, it is not enough to just go with the mainstream.

... the pomp and ceremony of the GRA may not have been endearing, but alienating instead.

This year’s nominated films include mainstream and commercial films, but also art films that have gained recognition at international film festivals, such as So Long, My Son (地久天长). It is apparent that the GRA is working to cast its net wider.

However, the pomp and ceremony of the GRA may not have been endearing, but alienating instead. The carefully scheduled items, the programmed awards presentations, the rah-rah dialogue, and the elaborate stage setup were criticised for not being any different from the very “safe” and staid CCTV New Year's Gala or Chunwan.

Mainland Chinese actor Huang Bo, who previously made an impression hosting the GHA, kicked off the GRA with a monologue. Unfortunately, his humour and irreverence seemed a little out of place at the prim and proper GRA; the awkward delay before the audience started laughing at his jokes was filled with uneasy tension.

And even as it tried to shake off its straight-laced image, the GRA did not stray from the mainstream narrative. When giving the Best Feature Film award to sci-fi blockbuster The Wandering Earth, the awards committee said the film was centred around the theme of “a community with a shared future for mankind” (人类命运共同体, a current catchphrase of the Chinese Communist Party), adding that it “drew a perfect balance between big-picture storytelling and detailed observations of human nature” in a “warm and powerful expression of our responsibility to the future world”. At least one netizen deadpanned: “The community with a shared future for mankind won.”

... the GRA is like a huge commercial blockbuster, covering all the bases to cater to the market, while the GHA is like a sophisticated art film that focuses on artistry and feel, without being an intentional crowd-pleaser.

By contrast, the GHA was boycotted by mainland China due to a political storm following a speech by one of last year’s winners. Even those in the Hong Kong film industry stayed away, so it was unsurprising that the lineup of stars was not great. While Taiwanese director Ang Lee lent his weight to the evening, along with well-known Japanese director Hirokazu Koreeda, there were very few familiar faces on the red carpet.

But, although not many showed up, and there was not even a host, there was more focus on the films. On stage, some cried tears of joy while some had trouble stringing a coherent sentence together; both on and off stage, it was like a cosy gathering of the film industry. A colleague who was there to cover the event said the GHA felt very real — no frills, but very solid and simple, like this year’s films.

There are observations that the GRA is like a huge commercial blockbuster, covering all the bases to cater to the market, while the GHA is like a sophisticated art film that focuses on artistry and feel, without being an intentional crowd-pleaser. Everyone can assess for themselves whether the GHA or GRA did better.

Mainland China has announced that the GRA will be an annual affair, rather than once every two years. It clearly intends to fight for the honour of being the definitive awards show in the Chinese language film industry. With no improvement in cross-strait relations in sight, this head-on tussle between the Rooster and Horse is likely to happen every year. And whether the Horse or Rooster prevails, it is probably not the most ideal situation for the future of the Chinese language film industry.

Culture
Tang dynasty's Wu Zetian: Was she a wise emperor or did she ruin the country?