Despite many Chinese provincial-level regions reporting higher-than-expected revenues in 2021, some lower-level governments struggled with budgetary constraints. A gloomier budget outlook this year could add to woes all round and hurt local governments' capacity to finance investments and repay debts. 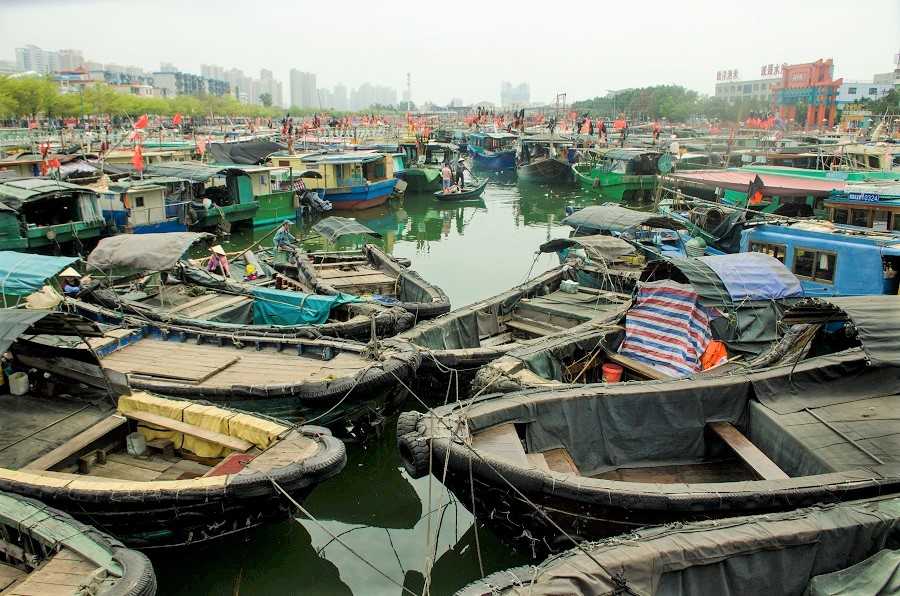 Grace Chong - 1 December 2022
US academic Zhu Zhiqun gives an assessment of the late former President Jiang Zemin’s policies during his time leading China throughout the 1990s and into the early 2000s.
Read more
Translated by Grace Chong on 24 March 2022

In 2021, the coal-rich northern province of Shaanxi raked in more revenue and spent less than its government had projected.

But such high growth is not likely to be sustained in 2022, especially taking into account how the Covid-19 lockdowns of 2020 had impacted the economy and created a low comparison base.

This year, most regions expect their revenues to grow at a slower pace and have warned that they will be on a tight budget, as the country struggles with managing continuous Covid-19 flare-ups and an ongoing property slump that dampens the prospect for land sales, a main contributor to local government funding in China.

Looking back at 2021, even as many provincial-level regions generated more revenues than projected, some lower-level governments struggled with budgetary constraints. A gloomier budget outlook this year could add to local woes, and hurt their capacity to finance investments and repay debts.

What’s behind the revenue growth in 2021

Many local governments recorded high revenue growth rates last year thanks to the low comparison base and a nationwide economic recovery from the pandemic.

Out of the 31 provincial-level regions on the mainland, 18 reported double-digit revenue growth rates, and only one — the central province of Henan was hit by a double whammy of devastating floods and Covid-19 flare-ups — didn’t exceed its revenue target, as data compiled by Caixin show.

Many other provincial-level regions also exceeded their revenue targets last year, partly because they had been conservative when setting targets at the beginning of the year due to concerns over the uncertainty of the Covid-19 pandemic.

The rise in bulk commodity prices helped fill the coffers of some local governments. The four provincial-level regions whose 2021 general public budget revenues exceeded expectations by more than 10% — Shaanxi, Shanxi, Inner Mongolia and Gansu — are all resource-rich.

Shaanxi’s latest annual budget report said the province’s revenue exceeded its target last year mainly because the quality and efficiency of economic development improved and the sales volumes and prices of bulk commodities including coal rose, driving up tax revenues. Similarly, the Inner Mongolia autonomous region, whose general public budget revenue exceeded its target by 17.5%, said the rise in the sales volumes and prices of coal contributed to an increase in tax revenues.

Many other provincial-level regions also exceeded their revenue targets last year, partly because they had been conservative when setting targets at the beginning of the year due to concerns over the uncertainty of the Covid-19 pandemic.

Despite the better-than-expected fiscal revenues, there were some glaring financial troubles facing lower-level governments. One example is the government of the county-level city of Bazhou in Hebei province, which last year arbitrarily collected fines and fees from thousands of businesses in an attempt to make ends meet.

In December, the city of Hegang in the rust-belt province of Heilongjiang had to cancel a government recruitment plan, citing a fiscal restructuring plan that had brought “significant changes to the city’s financial conditions”. The announcement on its website was later removed after it went viral.

... local governments have to provide what is known as the “three guarantees”. These ensure that government services continue to operate, salaries supposed to be paid by the government get paid, and a basic standard of living for residents is maintained.

In addition, some local governments’ pockets are less deep than they appear because they have to hand out money to companies in the form of tax refunds or fiscal subsidies or incentives as a way to attract and retain them, a taxation researcher told Caixin.

In China, local governments have to provide what is known as the “three guarantees”. These ensure that government services continue to operate, salaries supposed to be paid by the government get paid, and a basic standard of living for residents is maintained. The obligation to adhere to the “three guarantees” has meant that some local governments have put stricter curbs on hiring and a greater emphasis on reducing other expenditures.

China’s top leaders have been saying that the nation’s economy faces “triple pressures” of shrinking demand, disrupted supply and weakening expectations. The headwinds are felt at the local level too.

Almost all of the 31 provincial-level regions set a lower growth target for revenue in their general public budget than the actual growth rate in 2021. At least 17 have said that they face pressure to balance their 2022 budget.

Fluctuations in the prices of bulk commodities such as coal and oil add uncertainties to the revenues of some regions with abundant energy resources.

In China, the general public budget and government-managed fund budget are two main parts of the government’s fiscal budget. Revenue from land sales to developers has made up around a quarter of these two parts combined in recent years, according to Wu Qiying, a macro analyst of GF Securities Co. Ltd.

Curbs on property developers’ financing and mortgages left China’s property market in a slump in the second half of 2021. Nationwide, land sales revenue grew 3.5% in 2021 compared with the previous year, lower than the 15.9% growth in 2020 and marking the third lowest rate recorded.

Changes in land sales revenue in 2021 varied from region to region. On the one hand, several provincial-level regions suffered dramatic declines of more than 10%, with the southwestern province of Yunnan reporting a 35% slump. On the other hand, at least seven provincial-level regions, including the municipalities of Beijing and Tianjin, recorded land sales revenue growth of more than 10%.

In their budget plans, many local governments predicted a bleak picture of their land sales in 2022. At least ten provincial-level regions projected a decline, with one province — Sichuan in southwestern China — predicting a more than 50% drop.

Growth in revenue from land sales may further slow for some regions in 2022, as local property markets remain gloomy. This could strain the revenue sources of local governments.

In their budget plans, many local governments predicted a bleak picture of their land sales in 2022. At least ten provincial-level regions projected a decline, with one province — Sichuan in southwestern China — predicting a more than 50% drop.

Spending will go up

Last year, many local governments did not spend as much as planned. Expenditure in local general public budgets totalled 21.1 trillion RMB in 2021, a 0.3% increase from 2020, which was lower than the expected 1.8% growth. Meanwhile, spending by local government-managed funds dropped 3.7% and also failed to meet the target set out in the budget plan for 2021.

The declines in spending were because an export boom and better-than-expected economic recovery in the first half of 2021 prompted governments to slow down issuance of special-purpose bonds (SPBs), mainly used for infrastructure investment, and spending on other projects, sources with knowledge of the matter told Caixin.

Local governments are now gearing up to boost infrastructure investment in 2022 in order to stabilise economic growth. Expenditure is projected to grow 8.9% in local general public budgets, and 19.3% in local government-managed funds, according to the annual budget report delivered earlier this month to the national legislative meeting.

With an expanding expenditure, local governments will have to issue more SPBs, but strained revenue may drive up their debt-to-fiscal revenue ratio and thus limit their ability to borrow more.

Meanwhile, the central government’s campaign to eliminate hidden local government debt — off-the-books borrowing chiefly used for infrastructure and other public projects — could also add to local governments’ debt burdens, as they will likely have to issue more bonds to move their hidden debt onto the balance sheet.

This article was first published by Caixin Global as "In Depth: The Growing Difficulty of Balancing China’s Local Government Budgets". Caixin Global is one of the most respected sources for macroeconomic, financial and business news and information about China.