Hong Kong commentator David Ng says that despite the accusations by the West against China of human rights violations in Xinjiang such as forced labour, the region’s economic trajectory and reliance on mechanisation seem to show a quite different truth. 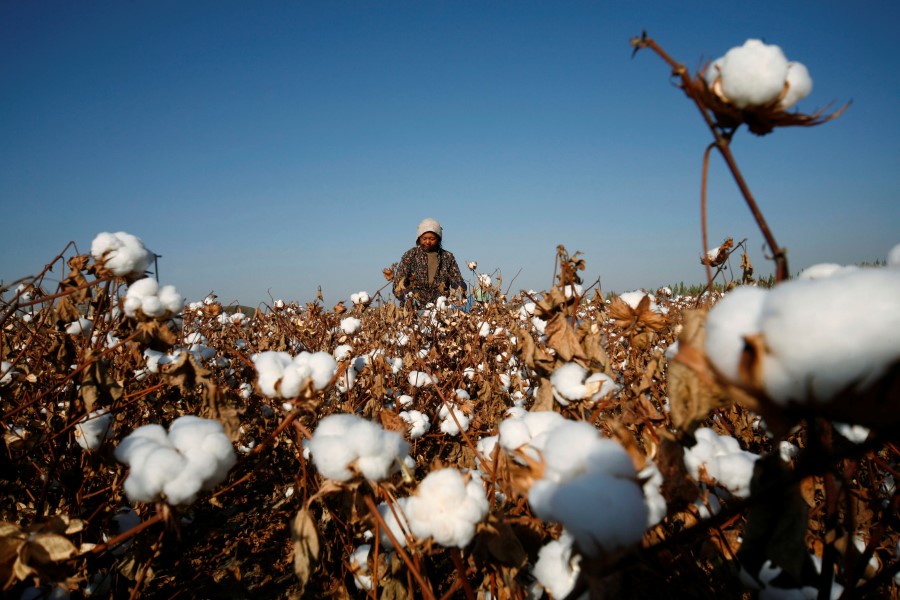 A farmer picks cotton on a farm on the outskirts of Hami, Xinjiang Uighur Autonomous Region, 3 November 2010. (Stringer/Reuters)

Candice Chan - 30 November 2022
An incident involving errors with Covid test results at a test facility in Lanzhou has opened the doors to deeper digging by netizens, indicating a pattern of outbreaks wherever there are facilities established under the Shenzhen Nucleus Gene Technology Co. Coincidence, or something else?
Read more
Translated by Candice Chan on 7 April 2021

For the autonomous Uighur region of Xinjiang, its GDP in 2010 and 2020 was 543.7 billion RMB and 1.38 trillion RMB respectively, with an average annual growth of 9.76%, which is comparable to the national average.

Xinjiang and its economy

According to the Chinese government, between 1990 and the end of 2016, Xinjiang saw thousands of terrorist attacks, including one serious attack in 2009 that left 197 dead. There were frequent incidents in 2013 and 2014, and economic growth was low in 2015 and 2016. After 2017, the attacks were brought under control and economic growth accelerated. While impacted by the pandemic, Xinjiang’s GDP growth in 2020 was 3.4%, higher than the national rate of 2.3%.

Xinjiang’s population in 1949 was about 4.3 million, and it is currently about 25 million. Xinjiang has also been urbanising — in 2019, 7.34 million people or about 55.2% of Xinjiang’s working population were working in the city.

The tertiary sector provides the most employment opportunities in Xinjiang, with a 10.9% increase in the number of people working in that industry between 2014 and 2019.

Xinjiang has a long history of growing cotton, but cultivated land is limited. In 1949, Xinjiang had 33,000 hectares of cotton fields; by 2020 it had 2.5 million hectares.

With the development of China’s western region, Xinjiang’s growth in fixed asset investments in recent years is among the highest in the country, and its investments in water, environment, energy, fuel, transport, and postal services directly benefits the local economy and people.

Xinjiang has a long history of growing cotton, but cultivated land is limited. In 1949, Xinjiang had 33,000 hectares of cotton fields; by 2020 it had 2.5 million hectares.

Xinjiang is not a labour-intensive region, and its large-scale cotton production is mainly dependent on agricultural machines. The Xinjiang Production and Construction Corps (XPCC), a state-run regional development organisation, also known as the bingtuan, and made up of mostly ethnic Han workers, were among the first to start the spread of agricultural machinery through China. In 2020, it contributed 41% of Xinjiang’s cotton production.

The remaining 59% is produced by cotton businesses all over Xinjiang. Generally speaking, a single machine covers about 300 mu (about 20 hectares) of cotton fields a day; 1,000 people could not cover the same area in one day. Hand-picking cotton costs about 2 RMB per kilogram, while using a machine costs only about 0.70 to 0.80 RMB.

In 2020, 69.83% of Xinjiang’s cotton was picked by machines; in northern Xinjiang, that figure was 95%, while the take-up rate in southern Xinjiang has been slower. Since 2014, the government has implemented the target-price-based subsidy programme (TSP) and encouraged machine picking, and mechanisation has been rapid.

The area of cotton production in China in 2020 was about 3.17 million hectares, 169,400 hectares less than the year before. The cotton planting area in Xinjiang was 2.51 million hectares, also 38,600 hectares less than the previous year. But with the principle of “improving quality and raising efficiency while controlling land area”, productivity per unit land area increased, and cotton production continued to rise. For example, in 2010, Xinjiang produced 1794.6 kilograms of cotton per hectare, and this figure was 2062.7 kilograms in 2020 — a 15% increase over ten years.

Higher production given the same or less land area shows that labour is not the main reason for the increase, but greater use of agricultural technology.

In 2019, there were 3,251 clothing manufacturers in Xinjiang, many run by the local government or the local people of various ethnicities, which employed many local Uighurs.

In Xinjiang, an increasing number of people are going into agricultural e-commerce, mostly in dry goods and fresh fruits. Market demand for cotton is steady, but few e-businesses are going in.

Labour is relatively scarce in Xinjiang, and it is not practical to raise its economy and cotton production through the labour force.

Letting the figures speak for themselves

Recently, Western countries — led by the US — have been making things difficult for China because of the Xinjiang issue, accusing China of “genocide” and “human rights violations”. The most recent claim is that China uses forced labour to grow cotton in Xinjiang, applying the idea of the slave trade and slave labour in the cotton fields during the days of 19th century US and British Caribbean colonies to modern-day China.

But China today is much more economically and technologically developed than the UK and US were in the 19th century; Xinjiang would not resort to forced labour to increase profits and make money, nor does it need to. Besides, the system in China is different from the UK and US. Labour is relatively scarce in Xinjiang, and it is not practical to raise its economy and cotton production through the labour force.

Muslim countries share many similarities with Xinjiang in terms of culture and customs, but so far no Muslim country has agreed with the accusations from the West about Xinjiang.

There is no telling what other criticisms the US will make against China regarding Xinjiang, but the economic figures and other data show the undeniable truth.

The former Trump administration sanctioned the Xinjiang Production and Construction Corps (XPCC) and its high-level officials in connection with “serious rights abuses against ethnic minorities in the Xinjiang Uyghur Autonomous Region (XUAR)”. It later announced a ban on imports of cotton and its related products from Xinjiang. It said an investigation by the US Customs and Border Protection had found numerous indicators of forced labour in Xinjiang, including debt bondage, restriction of movement, withheld wages, and abusive living and working conditions.

The XPCC was established in October 1954. Its role as stated on the Chinese government’s website is to “guard the borders and achieve integration of party, government, and army, as well as to manage administrative and judiciary functions within its area of governance according to the laws and regulations of the country and of the Xinjiang Uyghur Autonomous Region (XUAR), under the leadership of the central government and the XUAR.”  However, the West sees it as a paramilitary organ of the CCP to exert tight control over Xinjiang “by advancing China’s vision of economic development in XUAR that emphasises subordination to central planning and resource extraction”.

Related: The fight that never ends: Why are China and the West now fighting over Xinjiang cotton? | ‘Countering sanctions with sanctions’: Where China’s confidence comes from | BBC vs CCTV's Xinjiang: Which is the real Xinjiang? | Is there a genocide in Xinjiang? | Will the West boycott Beijing's Winter Olympics over Xinjiang?