Hong Kong and Macau Affairs Office director Xia Baolong has said that Hong Kong should only be governed by “patriots”. Zaobao journalist Tai Hing Shing asks: How do we tell apart the patriots and the pseudo-patriots? 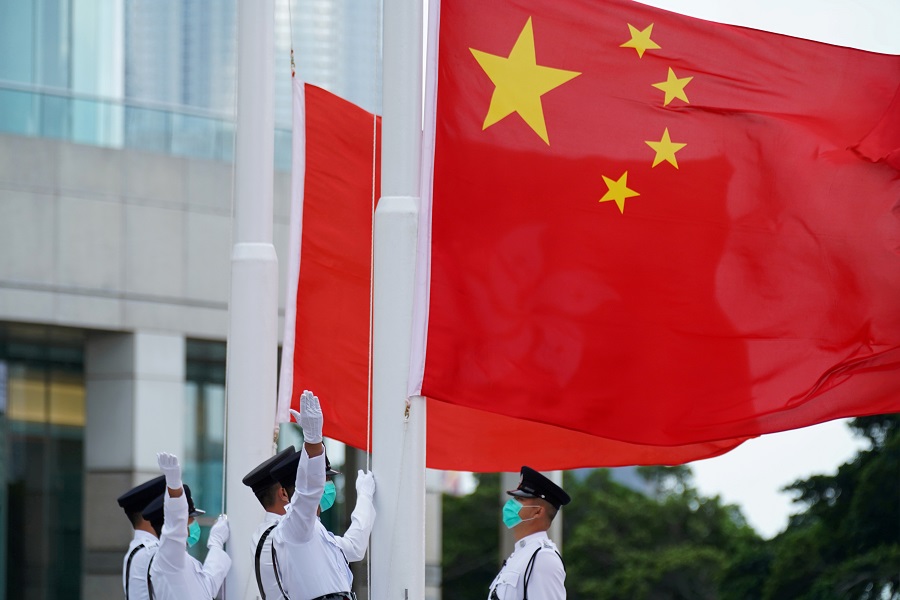 Candice Chan - 23 November 2022
Zaobao journalist Miao Zong-Han takes a closer look at voter fatigue in Taiwan in the upcoming “nine-in-one” elections, caused mostly by the arguing over plagiarism allegations, which might interest the highly educated but bore the average voter. Another question is whether the atmosphere at these elections will be a good indicator of things to come in the 2024 general election.
Read more
Translated by Candice Chan on 23 February 2021

About three or four years ago, Hong Kong society was not as tense as it is now. I once stepped into a bookstore in Causeway Bay, and saw pro-democratic former Legislative Council (LegCo) member Raymond Chan Chi-chuen absorbed in a book on philosophy. He stayed in the bookstore for quite some time.

Because of this chance sighting, I started to take note of what Chan said and did in the LegCo, and I found him to be a very convincing speaker.

Frankly, as someone with no strong political inclinations, I cannot agree at all with Chan’s radical ideas, but I still admire him for having his own stand.

Since Hong Kong’s anti-extradition protests of 2019, there has been a wave of ideas towards independence for Hong Kong, prompting the central government to repeatedly take actions over the past six months.

In a video conference held by the Chinese Association of Hong Kong & Macau Studies yesterday, Hong Kong and Macau Affairs Office director Xia Baolong spoke about “patriots” governing Hong Kong, emphasising that Hong Kong should only be governed by “patriots” who love China and Hong Kong, while excluding “anti-China troublemakers”.

Admittedly, Hong Kong is part of China, and those who run Hong Kong need to be patriots who will sincerely support China in exercising its sovereignty over Hong Kong; this is a justified fundamental requirement. But many Hong Kongers would have two questions.

What are the criteria for a patriot? And what happens if one is patriotic but is incapable of running Hong Kong?

Patriotism yes, but how about ability?

Take everyday hobbies for example. Apart from Jasper Tsang, founder and former chair of the Democratic Alliance for the Betterment and Progress of Hong Kong (DAB), one hardly hears of pro-establishment LegCo members who like to read. And while reading is not the only indicator of calibre, it does reflect to some extent one’s cultivation. In recent years, some pro-establishment politicians have said some ridiculous things, such as the shocking association of The Guardian newspaper (Wei Bao) as a publication of the World Health Organization (WHO, Shijie Weisheng Zuzhi) — the Chinese names of both contain the word 卫 (wei, to protect). It is not without reason that people in the pro-establishment camp are sometimes embarrassed.

So if the pro-establishment camp is only patriotic but does not have the capabilities to govern Hong Kong — how will Beijing solve this problem? The world is waiting to see that.

Now for the first question, that is, the criteria that define a “patriotic person”. The answer may seem clear on the surface, but it is important to note that many opportunistic pseudo-patriots have emerged in Hong Kong in recent years. These people are not patriotic — their so-called patriotism is driven by personal interest. How is Beijing going to distinguish this group of people from the rest?

This reminds me of an incident that happened roughly a decade ago when the Hong Kong government was recruiting its first batch of deputy directors and political assistants. Some deputy directors were very active on the scene and would occasionally meet up with people to listen to their opinions.

Once, a deputy director asked me to meet him at a cafe. When I reached the location, I noticed that a pro-establishment youth who occasionally published commentaries in the media was also there.

Logically speaking, commentators with even a little modicum of independent thinking would be neither overbearing nor overly humble and keep some distance from the government. To my surprise, as soon as the pro-establishment youth opened his mouth, he loudly flattered the deputy director: “Do you need my help, director? I will be sure to write something in the papers to match your efforts.” I can still clearly remember how the youth looked and sounded then.

Later on, this “patriotic” youth who regularly professes his patriotism even managed to perform exceedingly well in the political arena.

They have no qualms about misreporting the “true situation” in Hong Kong to Beijing for personal gain. I have to say that a large part of Hong Kong’s predicament in recent years is all thanks to these pseudo-patriots.

There are plenty of such bootlicker pseudo-patriots who lack ability and character in Hong Kong today. These people love to consume patriotism and strut down the streets in their coats of flamboyant patriotism. They have no qualms about misreporting the “true situation” in Hong Kong to Beijing for personal gain.

I have to say that a large part of Hong Kong’s predicament in recent years is all thanks to these pseudo-patriots.

If Beijing is ready to learn from its bitter experiences and is determined to conduct a major reform in Hong Kong, when it selects patriotic officials for Hong Kong in the future, perhaps it has to first learn how to “sieve out” pseudo-patriots.