Why did the US give Huawei such a hard beatdown? Why is the US mortified by Huawei’s technological advancements? Just what’s the deal with Huawei? Prof Xu of The University of Hong Kong spills the beans. 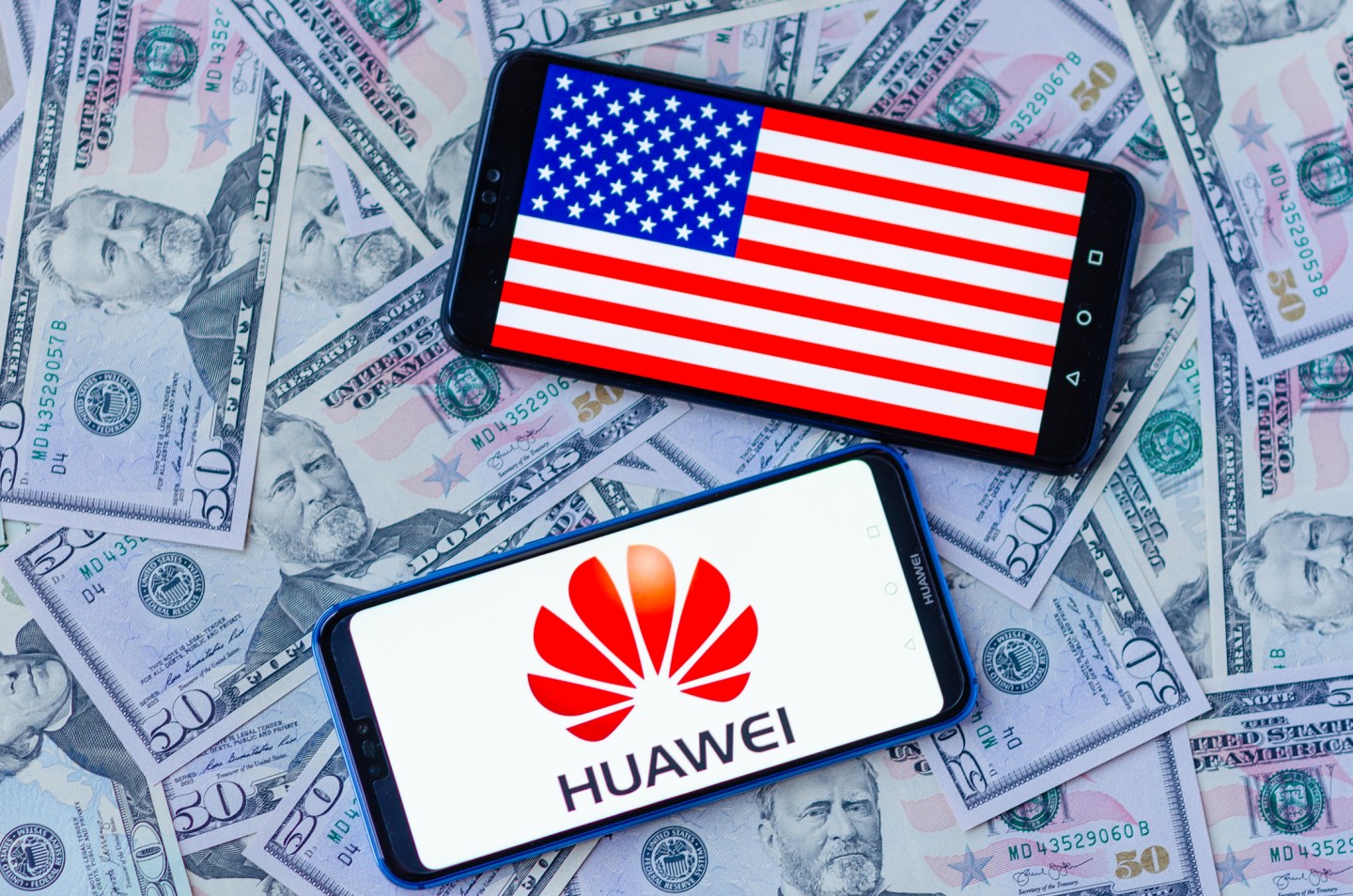 America’s clampdown on Huawei is as relentless as it gets. (iStock)

Grace Chong - 1 July 2022
Masayoshi Son, billionaire head of SoftBank Group Corp. may finally be able to push ahead with launching a US IPO for semiconductor and software design giant Arm Ltd., after wresting control of Arm China back from ousted CEO Allen Wu. It was no mean feat and a saga of twists and turns. But even now, some questions of Arm China’s shareholding and business remain unanswered.
Read more
Translated by Grace Chong on 7 October 2019

For quite a while now, fierce competition on many fronts has been occurring since the China-US trade war began. On the struggle between these two world titans that may determine the future of the human race, the latest warning from Secretary-General António Guterres of the United Nations is that the world is at risk of dividing into two. The two camps led separately by the US and China could break off into two independent and competing worlds, each with its own Internet, dominant currency, trade and financial rules. Each would establish its own “zero-sum geopolitical and military strategies”.

It is this: having achieved as much as it has today economically and technologically—thanks to contact and cooperation with the US over the last few decades—the Asian giant is now America’s greatest rival, a threat to America’s status as numero uno.

As a Chinese mobile communications manufacturer that has been developing rapidly since China’s economic reform, Huawei is very much on America’s radar screen. America’s clampdown on Huawei is as relentless as it gets. It began with getting Canada to arrest Meng Wanzhou, who was the Deputy Chairwoman of Huawei’s board of directors, the daughter of the company’s founder, as well as a core member of its management team. Subsequently, Huawei was put on a blacklist that limited its transactions, forbidding it from purchasing parts from US companies without approval from the American government.

Why did the US give Huawei such a hard beatdown? The reason is very simple. Huawei’s latest mobile and network communications technologies are on the world’s leading-edge, which makes it a conspicuous thumb of the nose at Donald Trump’s “America First” policy. One thing is easily discernible from the policies and actions announced and adopted for some time now by Washington’s highest echelons, including government bodies like the US Senate and the House of Representatives. The innermost circles of the US government (or the very top of the American elite) have already arrived at a common understanding towards China. It is this: having achieved as much as it has today economically and technologically—thanks to contact and cooperation with the US over the last few decades—the Asian giant is now America’s greatest rival, a threat to America’s status as numero uno.

Most critically, such a key, leading-edge technological achievement did not come by the hand of the Americans. The Americans, who have always stood at the top of the world, must be mortified.

Relevant figures indicate that Huawei became the world’s largest telecommunications network supplier last year with an annual revenue of 105 billion US dollars. Buffeted by the American government’s relentless campaign, Huawei complains of receiving unfair treatment while conducting business as per normal. At the same time, it also puts up a resistance. For example, Huawei’s long-time technical stockpile (saved for a rainy day), inclusive of core “second line” technologies like the soft system Harmony OS and the hard system of Kirin chips, is being put to use in the company’s network communications system and mainstay products like smartphones.

Apart from already leading the world in terms of its market share for new generation network communications devices, Huawei recently chose to unveil in Germany its latest 7-nanometre Kirin 990-5G chip. This chip elevates to a new level the most sophisticated manufacturing technology for which any scalable industrial production is currently humanly possible. For the first time ever, the number of silicon transistors fabricated and integrated in the chip hits 10 billion.

Just like the renminbi that has dipped below 7 RMB per US dollar, the 7 nm chip may help China break out of the siege amidst intense global competition and attain new heights. At the end of the day, talents are what matter most in all that matters.

One should bear in mind that the number of neurons in an adult human cerebrum is about 85 to 86 billion, and that Huawei’s Kirin chip is a lot smaller in size than a human brain. Most critically, such a key, leading-edge technological achievement did not come by the hand of the Americans. The Americans, who have always stood at the top of the world, must be mortified.

Even more interestingly, the Huawei Mate 30 smartphones, which are equipped with Kirin 990 chips and only launched and released for sale some days ago, have been rated by relevant companies as the best camera smartphones, even though they do not contain any parts made by American companies. Nevertheless, this latest model from Huawei supposedly runs on the US-made Android operating system, rather than Huawei’s own Harmony OS. The tactics employed here are nothing short of a testament to the flexibility and commerciality of Huawei’s founder and incumbent helmsman Ren Zhengfei. Even so, Ren admits that the US government’s campaign against Huawei poses difficulties for his company’s global operations and even financing.

We are reminded of the old Chinese idiom qi shang ba xia, literally “seven up, eight down”, which describes a perturbed state of mind that one might fall into at an unusually stressful time. I am, of course, hardly in any position to surmise how the American President, the Chinese President or even Huawei’s leadership is feeling in the face of the ongoing trade war, all-front competition, clampdown and struggles. However, I do believe that the superlatively sophisticated 7 nm transistor chip released and commercially utilized by Huawei may gain an advantage vis-à-vis the latest 8 nm chip from South Korea’s Samsung. Just like the renminbi that has dipped below 7 RMB per US dollar, the 7 nm chip may help China break out of the siege amidst intense global competition and attain new heights. At the end of the day, talents are what matter most in all that matters. The future of humanity is only as broad as the mind of humanity itself. Should China and the US not get off the high horse of a contending mindset, and work together towards a victory for all sides?