The People's Liberation Army (PLA) is closely watching the ongoing Russia-Ukraine war, with the Russian army continuing to meet stubborn resistance from the Ukrainian forces. Japanese academic Sugiura Yasuyuki examines how the PLA is learning from the crisis and reevaluating its military doctrine in the case of Taiwan, especially following the recent visit to Taiwan by US House Speaker Nancy Pelosi. 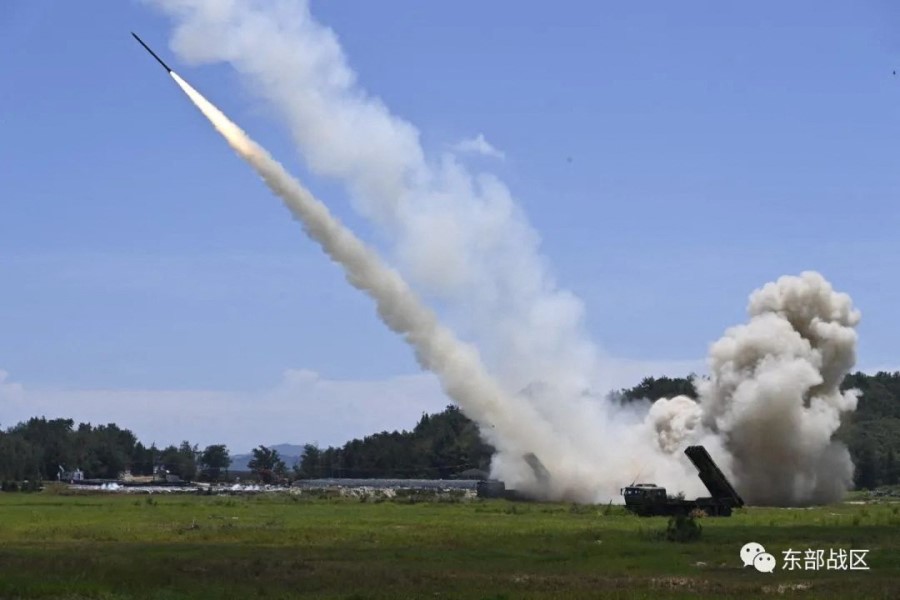 Candice Chan - 30 January 2023
A mall in Shenzhen came under fire for putting up white lanterns with black text as part of its Chinese New Year decorations, while an “ugly” rabbit-shaped light decoration was removed from another mall in Chongqing. Academic Zhang Tiankan muses on tradition and innovation, and the evolution of traditional decorations.
Read more
Translated by Candice Chan on 5 August 2022

The Ukrainian crisis has had various implications for the military forces of other nations since it began in February 2022. The People’s Liberation Army (PLA) is no exception, though it has not yet expressed an official position on the many implications it is thought to have incurred.

The following negative implications can be noted: (1) the difficulty of paralysing or destroying the enemy’s air defence system through cyber attacks and long-range precision attacks; (2) the difficulty of a beheading operation (or decapitation strikes) by special forces and paratroops while the enemy’s air defence system remains in place; (3) the lengthening of urban combat; (4) the need to secure supply routes; and (5) the destruction of large naval vessels by anti-ship cruise missiles.

These factors will lead to a protracted war, which will disadvantage the PLA in its aim of executing a successful Taiwan invasion operation in a short span of time.

These [positive] factors vindicate the PLA’s existing policy for the development of military power and are hence thought to have bolstered the PLA’s confidence in its military doctrine.

The following positive implications can be noted: (1) the PLA’s operational concepts, such as integrated joint operations, system of systems operations, and asymmetric warfare, have been shown to be correct; (2) the PLA has demonstrated the utility of drones, which it has been enhancing as part of its intelligent warfare; and (3) the PLA has demonstrated the effectiveness of its longstanding efforts to strengthen its anti-ship ballistic missiles such as the DF-21D and DF-26. These factors vindicate the PLA’s existing policy for the development of military power and are hence thought to have bolstered the PLA’s confidence in its military doctrine.

... the nature of this latest Russian military strategy falls somewhere between mechanised warfare and information warfare, and hence is not a model operation for [the PLA].

The following issues prompt a reevaluation of military doctrine: (1) the question of whether or not the PLA will continue to adhere to its nuclear strategy of “minimal deterrence” and “no first use”, given the effectiveness of nuclear weapons as a means of threat and intimidation; (2) how the PLA can maintain its superiority in cognitive warfare and media warfare, where the resilience of the Western bloc has been established; and (3) how the PLA can implement a sea blockade of the waters around Taiwan in the event of a Taiwan emergency, the need for which has been noted. While these issues have been discussed in the past, there is a need to revisit them.

Attention needs to be paid firstly to any shift in the positions of China and Russia in their joint exercise. The PLA has sought to acquire expertise and experience from the Russian military through the China-Russia joint exercise while developing a military doctrine heavily influenced by the US armed forces.

While the PLA is currently in the process of transitioning its military doctrine from information warfare to intelligent warfare, the nature of this latest Russian military strategy falls somewhere between mechanised warfare and information warfare, and hence is not a model operation for them.

... the PLA will accelerate its development of a military doctrine that places an emphasis on intelligent warfare.

The nature of future China-Russia military exchange may change depending on whether the PLA interprets the uphill battle currently being waged by Russia as evidence that the odds are heavy even for Russia, or as evidence of the inferiority of Russia’s joint operational capabilities and its information and intelligent warfare.

Secondly, the PLA will accelerate its development of a military doctrine that places an emphasis on intelligent warfare. This means that the focus needs to be on new concepts and ideas that emerge during the 20th National Congress of the Chinese Communist Party, scheduled to take place in the fall of 2022.

Probability of a Taiwan emergency

Thirdly, attention needs to be paid to the effect of the PLA’s military doctrine on the probability of a Taiwan emergency. The PLA may have decided based on the way the Ukrainian crisis is unfolding that it would be difficult to execute the Taiwan invasion operation for the time being. However, this does not mean that the Taiwan invasion operation has been abandoned.

China is expected to place increasing emphasis on forcing Taiwan to capitulate without an armed struggle by boldly demonstrating that it will not hesitate to use force.

Given the relative erosion of US influence in the international community, China’s Communist Party leadership may have also decided that there is now some possibility of overthrowing the existing international order using military pressure. In such a scenario, the PLA would strengthen its military capabilities, including nuclear, traditional and new security domain capabilities, to display overwhelming power towards Taiwan and the US.

And the PLA is likely to try to coerce Taiwan into negotiating a “peaceful unification”, while at the same time attempting to persuade the US military to abandon its involvement in the Taiwan issue, with its military power as a background.

China is expected to place increasing emphasis on forcing Taiwan to capitulate without an armed struggle by boldly demonstrating that it will not hesitate to use force. In this context, the probability of a Taiwan emergency is expected to rise in the mid-to-long term.

Related: Taiwan: A runway for great powers to flex their muscles? | If China strikes Taiwan, can it bear the punishment from the US and its allies? | China’s alliance with Russia is solidifying | China's softening stance on its ‘no limits’ relations with Russia | Why do Chinese people sympathise with Russia? | The Russia-Ukraine war and its potential impact on Russia’s arms sales to Southeast Asia