19 May 2022
By Shin Kawashima
Professor of international relations, Graduate School of Arts & Sciences, University of Tokyo

Japanese academic Shin Kawashima notes that Japan has been active on the international front, engaging the West as well as the Southeast Asian nations. However, it seems that with an eye to public sentiment, it is maintaining a cautious approach towards China and South Korea. When will it be opportune for Japan to advance to the next stage of foreign policy engagement? 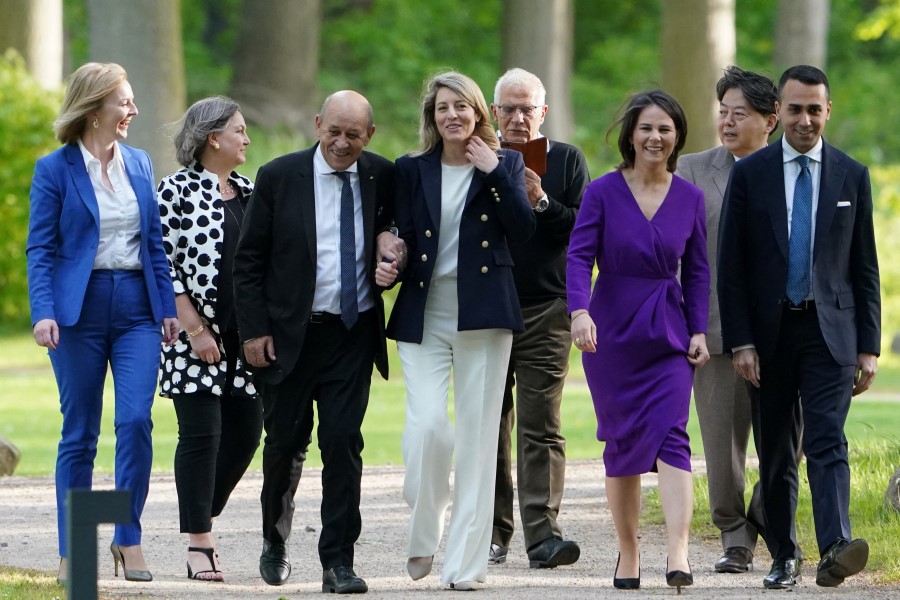 Candice Chan - 30 January 2023
A mall in Shenzhen came under fire for putting up white lanterns with black text as part of its Chinese New Year decorations, while an “ugly” rabbit-shaped light decoration was removed from another mall in Chongqing. Academic Zhang Tiankan muses on tradition and innovation, and the evolution of traditional decorations.
Read more
Translated by Candice Chan on 18 May 2022

The Fumio Kishida administration has had a busy foreign affairs calendar lately with a slew of leaders’ and foreign ministers’ meetings.

In April, PM Kishida met with the leaders of Germany, New Zealand, Switzerland, Laos, Cambodia and Tuvalu during their visits or on the sidelines of meetings in Japan. In late April, Kishida visited countries in Southeast Asia and Europe, namely Vietnam, Indonesia, Thailand, Italy and the UK.

On his part, Foreign Minister Yoshimasa Hayashi went to Europe in early April to participate in the NATO Foreign Ministers' Meeting and the G7 Foreign Ministers’ Meeting. Prior to that, he also visited Poland and met with his counterpart. Subsequently, he met with the foreign ministers of the Philippines, Bangladesh and Greece in Japan, and also visited Kazakhstan, Uzbekistan, and Mongolia in late April, and Fiji and Palau in early May.

How should we understand this trend of increasing engagement? Of course, there are domestic factors such as the Covid-19 pandemic calming down and Diet session dates (in Japan, the prime minister and cabinet ministers have to be in attendance at Diet meetings when they are in session).

When a new government is established, the administration typically proceeds to affirm US-Japan relations.

The first point we need to consider is the foreign policy pattern we see in Japanese governments in recent times, and in particular, the diplomacy conducted by the prime ministers and foreign ministers.

... starting with Indonesia, the largest ASEAN member, then Vietnam and the Philippines who are key players in maritime issues, and Thailand with which Japan has close economic ties.

In tandem, they build and strengthen relations with strategically important countries and regions. Especially important are the ASEAN countries, starting with Indonesia, the largest ASEAN member, then Vietnam and the Philippines who are key players in maritime issues, and Thailand with which Japan has close economic ties. Additionally, we have G20 countries like Turkey and various European countries. At present, it appears that the Kishida administration has advanced its foreign policy engagement as far as this.

What will the targets be after building and developing relations with the US, other allies, and strategically important countries? Conventionally, it would have been China and Russia, but relations with Russia are currently impossible, so it will likely be China.

The 50th anniversary of the normalisation of diplomatic relations between Japan and China is coming up in late September, so it is possible that the Kishida administration will turn its attention to China soon.

However, as China and Russia have an understanding with each other on the Ukraine issue and also because of certain domestic factors, it is possible that policies aimed at China will have to wait until August or later. Instead, it is possible that priority will be given to adjusting relations with South Korea, which usually comes after China, but this will be difficult considering domestic politics.

As alluded to above, the second important point we need to consider is Japan's domestic politics. In particular, the upper house election will be held July this year, and if the Kishida administration wins there, it will have a chance of becoming a long-term government. The power of the opposition parties is unlikely to grow so much at present, so it is probable that the ruling Liberal Democratic Party will win.

However, the truth is that the administration needs to tread carefully when advancing domestic or foreign policies in the months leading up to the election. As such, the Kishida administration is likely to maintain an exceedingly cautious stance with regard to policies toward China and South Korea.

The Kishida administration will hesitate if it seems that building and strengthening relations with China will result in support for Russia, and they might even decide to prioritise South Korea instead.

Of course, the Japanese economy is intimately linked with the Chinese economy and amid the Covid-19 pandemic, 60% of Japanese people consider Japan-China relations to be important. Nonetheless, there is a certain sense that one cannot easily approach China or South Korea when the overwhelming majority of the population “do not feel friendly”  towards those countries. It is precisely for this reason that the Japanese government is putting off advancing diplomacy with China as it takes public opinion into account and seeks to avoid being labelled as "pro-China".

Having said that “Japan-China relations are important” since its inception, the Kishida administration is actively advancing foreign policies involving the US, its allies, and strategically important countries at this time. It is likely that they will start thinking about relations with China after the upper house election in July.

However, the bottleneck then will be the Ukraine issue. The Kishida administration will hesitate if it seems that building and strengthening relations with China will result in support for Russia, and they might even decide to prioritise South Korea instead.

China has recently shown that it is vigilant about Japan’s relations with Taiwan and the Japanese security doctrine, turning up its anti-Japanese rhetoric on matters such as the issue of “treated water” from the nuclear power plant in Fukushima.

Related: How Japan's political stance is becoming increasingly hawkish and conservative | How will the Liberal Democratic Party’s presidential election affect Japan's China policy? | No concrete vision for future Japan-China relations despite telephone talks between Xi Jinping and Fumio Kishida | Can Japan rise above factional politics and become the 'bridge to the world' under new PM Kishida?