Nonagenarian Mochtar Riady, founder of Lippo Group in Indonesia, shared his views on “New Challenges and Opportunities in a Post-Covid-19 World” at a webinar yesterday. He believes that with its combined strength, ASEAN can weather any potential headwinds of deglobalisation. And contrary to what others predict, China’s place in global supply chains is firmly anchored and the country looks set to play a leading role in the Fourth Industrial Revolution. 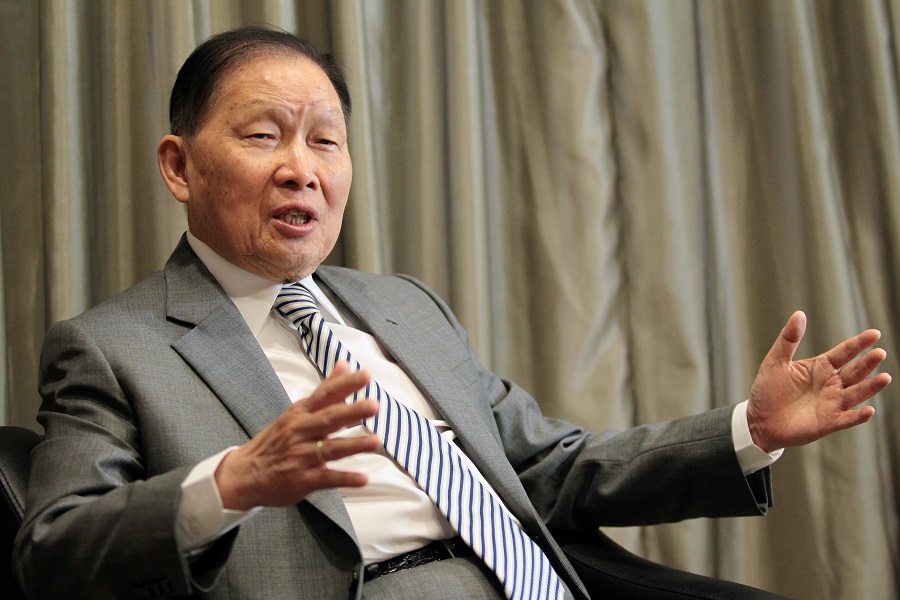 Grace Chong - 30 January 2023
Amid ongoing tensions, a high-level visit by US Secretary of State Antony Blinken to China in the coming week shows hope for improved relations between the two economic powerhouses. Zaobao correspondent Yu Zeyuan notes that while the meeting may not produce practical results, it is a much needed exchange to manage and control China-US relations from worsening.
Read more
Translated by Grace Chong on 29 May 2020

Amid various global challenges such as the current Covid-19 pandemic, China-US trade and tech wars, and issues with globalisation, ASEAN countries should seize the historic opportunity of the fourth industrial revolution to ensure future development, Indonesian tycoon Mochtar Riady* said on 28 May.

Speaking at a FutureChina Global Business Series webinar jointly organised by Business China and Fortune Times, Riady, founder of the Lippo Group — a conglomerate with investments in areas such as real estate, telecommunications, retail, hospitality and leisure, as well as healthcare — shared his observations on regional and global trends.

Riady thinks that only four countries — China, the US, India, and Russia — and the two economies of the European Union and ASEAN can fulfil these conditions.

Looking at the major economies of the world today, Riady thinks that only four countries — China, the US, India, and Russia — and the two economies of the European Union and ASEAN can fulfil these conditions. Thus, he urged ASEAN countries to work together to fully realise the huge potential of the region and participate in the fourth industrial revolution process.

While the Covid-19 pandemic has precipitated the application and development of online technology and accelerated the world into the fourth industrial revolution, Riady said that the pandemic has also brought about negative impacts on economic globalisation. In a survey completed by the attendees of yesterday’s webinar, 57% of respondents said that the main challenge faced by Chinese and ASEAN businesses when the pandemic subsides would be the uncertainty in global governance and geopolitics.

Riady elaborated that while the pandemic has spawned talk about globalisation without the Chinese economy, he doubts that such a scenario would happen. Taking the example of the Apple iPhone, he said US President Donald Trump has been repeatedly pressurising Apple to move its production line back to the US since he took office. However, this has yet to be realised.

“Now, [the US government] is focused on manufacturing, but they would lose big profits for small gains as a result because they have got their priorities wrong… The entire global production order is messed up, and this does no good to the world.” - Mochtar Riady

Riady thinks that in comparison with China, the US lacks a complete supply chain. Be it the manufacturing of Apple iPhones or medical instruments, the US has to import parts from China. Moreover, the mentalities of Chinese and American workers are different. “If you’re willing to pay Chinese workers a little more, they are willing to work 24 hours for you. But no matter how much you pay American workers, they would be unwilling to do so,” Riady explained.

Additionally, he also thinks that the US government is not far-sighted enough in this aspect. He pointed out that over 80% of the US economic structure belongs to the service industry, of which 40% belongs to the financial industry, with manufacturing only accounting for less than 15% of the US economy. He said, “Now, [the US government] is focused on manufacturing, but they would lose big profits for small gains as a result because they have got their priorities wrong… The entire global production order is messed up, and this does no good to the world.”

“There is no other country with a supply chain as complete as China’s.” - Mochtar Riady

Riady added that China has successfully amassed a large number of talents since reform and opening up by sending students abroad and developing the country’s institutes of higher education. This has helped lay the crucial foundation for developing and building a comprehensive supply chain. He said candidly, “There is no other country with a supply chain as complete as China’s.”

Thus, Riady feels that even if some enterprises were to shift their production lines from China to Vietnam or other countries now, this does not mean that Vietnam would be able to take China’s position in the global supply chains by following China’s developmental process.

*Born in Malang, East Java Indonesia, 91-year-old Mochtar Riady (Li Wenzheng) spent his early years in his father’s hometown of Xindian in Putian, Fujian province, before returning to Malang. As detailed in his book Mochtar Riady: My Life Story, he headed to Nanjing Central University in Nanjing for studies, later returning home amid the chaos of civil war between the Kuomintang and the CCP. From fulfilling his dream of being a banker, he diversified his businesses subsequently to the fields of real estate, telecommunications, healthcare and others.

He has played a role in improving the business relations between China and Indonesia over the years. In 1986, for instance, as managing director of Bank Central Asia, he was involved in talks for a bank remittance agreement between Indonesia and China, and travelled to Beijing to sign the “Correspondent Bank Agreement” with the Bank of China. He was also involved in building the Meizhou Bay power plant in Putian, Fujian and had warm relations with Hong Kong magnate Li Ka-Shing, who helped him in various ways such as securing his purchase of the building in Hong Kong that is now the Lippo Centre.

When the financial crisis hit Indonesia in 1991, many companies that were beset with problems could not repay their debt and had to hand over their land to Lippo Bank. From there, the Lippo Group branched further out into real estate development. Today, Lippo Group has businesses in a variety of industries, including real estate, retail, hospitality, healthcare, education, and global investments. In Nikkei Asian Review’s 2018 “The Story of Lippo Group and  modern Indonesia”, where Riady recounts his story, the latter says that “with sales totalling approximately $7 billion, Lippo Group is one of the largest ethnic Chinese conglomerates in Indonesia, with operations in both Asia and the United States”.

Related: Foreign investors exiting China: Vietnam milks the gains | US companies in China: No place that can take China's place | How many US companies will leave China? | Wake-up call for ASEAN countries: Curb over-reliance on China and seize opportunities of global supply chain restructuring | From supply chain to BRI, a super-connected China impacts the world | Covid-19: US needs to revive its manufacturing industry and rebuild itself | Restoring global supply chains at 'the speed of China’