No end to China’s zero-Covid in the short term

China’s stock markets rose following an unverified tweet on 1 November claiming China might ease its zero-Covid policy. However, signals from state media and various local governments suggest otherwise and the market rally has died down as well. Zaobao correspondent Edwin Ong examines the clues and analyses what might happen next. A health worker takes a swab sample from a man to test for the Covid-19 coronavirus in the Huangpu district in Shanghai on 24 October 2022. (Hector Retamal/AFP) 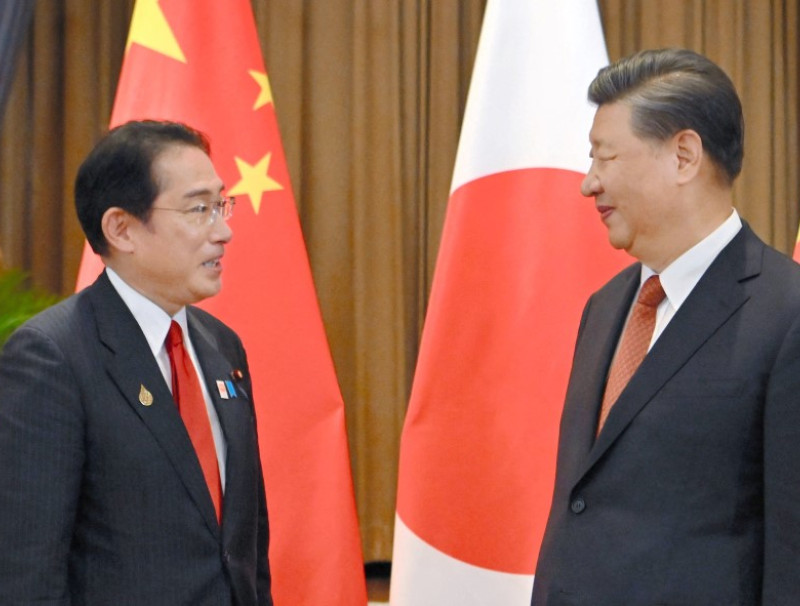 Can Japan and China find common interests and live in peace?

Candice Chan - 25 January 2023
Japanese academic Tomoki Kamo points out that one can no longer rely on economic relations to keep Japan-China relations on an even keel. Trapped in a security dilemma exacerbated by diverging views of the international order, what common interests can Japan and China still find to go the distance?
Read more

Candice Chan - 20 January 2023
Hua Language Centre director Chew Wee Kai thinks back to the first time he attended a university graduation — in a tent. However, the solemnity of the event still shone through, in a fitting tribute to the effort of the graduates, as well as the travails of that storied university called Nanyang University (Nantah), and all that it came to represent.
Read more
Translated by Candice Chan on 3 November 2022

This week, mainland and Hong Kong stock markets rebounded on the back of an unverified tweet claiming that Beijing was assessing its options for exiting its zero-Covid policy.

The rumour quickly spread, and by afternoon Chinese assets were on the way up, with the renminbi strengthening and the mainland China and Hong Kong stock markets reversing the downward trend. The Hang Seng TECH Index rose by nearly 8%, the biggest one-day increase since April, while the CSI 300 index went up by 3.6%, the biggest increase since March.

On 2 November, investors were still betting on China possibly loosening pandemic measures. The mainland China and Hong Kong stock markets continued their upward trend, with strong showings by vaccines and other healthcare stocks as well as lottery stocks. (NB: However, the rally doesn’t seem to have lasted. As of 3 November, mainland and Hong Kong stocks have fallen again.)

Despite the optimism, amid hopes of opening up, many investors remained guarded in their assessment that the rebound might be temporary. When asked about the rumour on 1 November, Chinese foreign ministry spokesperson Zhao Lijian merely said he was not aware of it. The next day on 2 November, China’s top health body, the National Health Commission, convened a meeting hosted by party chief Ma Xiaowei. He reiterated the nation’s zero-tolerance approach and said it remains the overall strategy for fighting Covid-19.

Following the 20th Party Congress, the number of new daily infections in China has been rising, and various places have ramped up zero-Covid measures.

The fact is, on three consecutive days before the 20th Party Congress, Chinese state media defended the zero-Covid policy, while in the 20th Party Congress report, Chinese Communist Party (CCP) General Secretary Xi Jinping affirmed that the dynamic-zero policy remains unshaken. These clear statements show that China’s strict pandemic measures are very likely set to go on for a while yet, and there is no end in sight to zero-Covid for now.

Following the 20th Party Congress, the number of new daily infections in China has been rising, and various places have ramped up zero-Covid measures. Many cities like Xining, Nanjing, Xi’an, Zhengzhou, Wuhan and Guangzhou are implementing phased lockdown measures, which is the opposite of the easing of pandemic measures that investors want to see.

Nomura Research found that as of last week, 28 cities are under some form of lockdown, affecting over 208 million people, or 8.5% of GDP.

This suggests that achieving zero-Covid is still a more important political task than stabilising economic growth.

On 31 October, Shanghai Disneyland abruptly suspended operations after a single Covid-19 case was detected, trapping about 20,000 visitors inside at one point. Shanghai party secretary Chen Jining, who only assumed duty on 28 October, reiterated the importance of holding firm to the political stance and resolutely adhering to the dynamic zero-Covid policy. This suggests that achieving zero-Covid is still a more important political task than stabilising economic growth.

Foxconn’s Zhengzhou plant, the world’s largest Apple iPhone factory, was also hit by a Covid-19 outbreak. But chaotic management of the situation led to a massive worker exodus, and anti-Covid measures have seriously affected production. As a result, the output of Apple iPhones could fall by 30% in November.

Meanwhile, the local government announced on 2 November that the Zhengzhou Airport Economic Zone in which the plant is located would enter a seven-day period of “static management”, knowing full well that further restrictions would affect factory shipments. This shows that authorities will adhere to the zero-Covid policy at the expense of the economy and society.

China’s macro economy seems to be improving as its Q3 GDP grew by 3.9% from a year ago, outstripping previous forecasts. But the Purchasing Managers’ Index (PMI) for China’s manufacturing and non-manufacturing (services) sectors released on 31 October showed contraction, coming in at 49.2% and 48.7% respectively in October, as the country’s zero-Covid policy continues to disrupt economic activities.

Chinese Premier Li Keqiang said at a Shanghai Cooperation Organisation meeting on 1 November that the Chinese economy “reversed the downward trend in time” and showed a “stabilising and upward momentum” in the third quarter. He added that China will “continue to work for the full delivery of all the policy measures introduced for stabilising the economy”, “keep major economic indicators within the appropriate range”, and “strive for better results”.

Analyst split on the reopening of borders

Analysts are split on when the zero-Covid policy will end. Most economists Bloomberg surveyed expect China to reopen its borders only in the first half of next year, while others think that a reopening will only happen starting from the second half through to the first quarter of 2024. A minority of experts, such as fund manager Mark Mobius, known as the “godfather of emerging markets”, optimistically think that China could ease its Covid policy by the end of this year.

In terms of driving economic recovery and growth, there are simply too many reasons why China should end its zero-Covid policy now, whether it is to grow the economic pie to better promote common prosperity or to accumulate more resources to fight against the West.

While the outside world believes that these are strong incentives, none of them have driven China to generate and implement a plan to get out of the zero-Covid policy.

While the outside world believes that these are strong incentives, none of them have driven China to generate and implement a plan to get out of the zero-Covid policy. Unless Chinese authorities initiate public discussions on the post-zero-Covid era or introduce more specific measures pointing to the relaxation of Covid measures, it is difficult to expect zero-Covid to end anytime soon.

This article was first published in Lianhe Zaobao as “难以期待中国短期内结束清零”.