Now that the new Politburo Standing Committee has been appointed after the 20th Party Congress, it faces the biggest challenge of ensuring economic growth amid the repeated pandemic outbreaks. How long can the Chinese Communist Party maintain its zero-Covid policy before public frustration boils over? 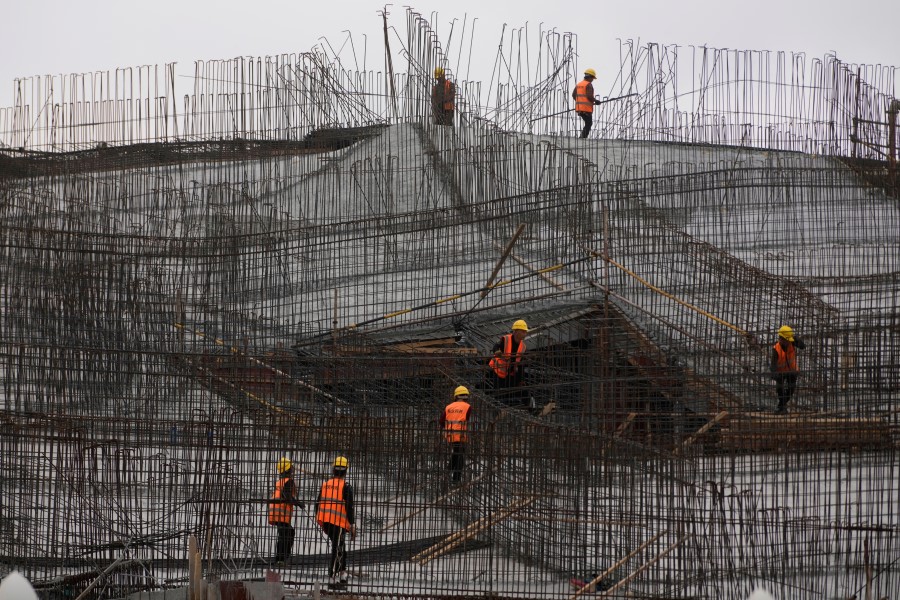 Candice Chan - 28 November 2022
Often referred to as the world’s economic “canary in the coal mine”, South Korea has seen its economy tumble over the past year, impacted by external factors such as US interest rate hikes and signs of recession in key trade partners. The accumulation of domestic factors — currency crisis, tumbling stock market and rising inflation — is also hitting the South Korean economy hard. However, this industrial powerhouse has the domestic means to climb out of the doldrums.
Read more
Translated by Candice Chan on 31 October 2022

The allocation of responsibilities among the members of the Chinese Communist Party (CCP)’s Politburo and its Standing Committee has been in the spotlight following their recent appointment.

In addition, fifth-ranked member Cai Qi will take over from Wang Huning to be in charge of party affairs; sixth-ranked member Ding Xuexiang will succeed Han Zheng as vice-premier; while seventh-ranked member Li Xi has already been appointed as secretary of the Central Commission for Discipline Inspection (CCDI).

Unlike in previous PSCs, potential vice-premier Ding Xuexiang is ranked ahead of CCDI secretary Li Xi, signalling that the State Council in charge of the economy has been given more weight and that the new leadership will be putting more emphasis on economic efforts.

... the Chinese market and society have not reacted positively.

However, reactions to the 20th Party Congress and the new leadership have been muted so far.

Foreign reactions aside, the Chinese market and society have not reacted positively. On 28 October, the A-shares market fell below 3,000 points again, while foreign-listed China concept shares also plummeted, much to the chagrin of shareholders. Such market movement was unseen following previous CCP congresses.

Not enough to boost market confidence

Last week, China’s National Bureau of Statistics released figures showing growth of 3% year-on-year for the first three quarters of this year, including 3.9% growth in Q3.

Officials state that the steady rise in Q3 GDP marks a recovering economy.

However, the responses from the stock market and most market entities are clearly at odds with the authorities’ view, and many people are still apprehensive. The low market confidence will result in less spending, and in turn, a weak economy, thus further lowering market confidence — causing a vicious cycle of decline.

One major reason for lower spending and the economic downturn is the impact of the pandemic. Over the past two years, the pandemic has hit China’s economy hard. While the authorities managed to curb the spread of the pandemic through large-scale mobilisation of the people, as well as surveillance and control, it came at a heavy price.

Furthermore, there is still no end in sight for the pandemic, while the economy and society are still reeling from the impact of the control measures such as “silent management” (静默管理).

Over the past few days, Zhengzhou city in Henan province — which has already suffered through several waves of the pandemic — has seen a resurgence in cases, and many residential areas have been put under lockdown.

On 29 October, the authorities demarcated 11 high-risk areas and 36 moderate risk areas in Zhengzhou. The city’s economy and society will surely take another hit as pandemic control once again becomes the top priority.

The situation is worse in Shaanxi’s Xi’an, which recorded 41 high-risk and 77 medium-risk areas on 30 October after being hit by another Covid-19 outbreak.

The country’s economic growth rate for Q4 and especially after the change of government next year will need to be significantly higher than that of Q3, otherwise, China's economy and society, as well as the new leadership, would face an even tougher situation.

At present, the Chinese economy’s 3.9% growth in Q3 is still not enough to boost market confidence. The country’s economic growth rate for Q4 and especially after the change of government next year will need to be significantly higher than that of Q3, otherwise, China's economy and society, as well as the new leadership, would face an even tougher situation.

Li Qiang is set to head the State Council after the NPC in March 2023. As a former subordinate of CCP General Secretary Xi Jinping, Li could enjoy more free rein than his predecessor as he is clearly more trusted and relied upon by the top leader compared with outgoing Premier Li Keqiang.

In the early 2000s when Li Qiang was the party secretary of Wenzhou, he promoted the "Wenzhou model" which was characterised by the rapid growth of private enterprises.

In 2013, Li, then the governor of Zhejiang, told renowned Chinese journalist Hu Shuli in an interview, “If you want to know what Zhejiang’s private sector will be like, you have to look at the entities that make up that economy — private enterprises, particularly private entrepreneurs. You need to see whether they’re still active, whether they’re still innovative.”

He added, “Even if they’re hibernating or down on their luck, we shouldn’t be overly concerned. As long as the Zhejiang merchant spirit and the pioneering spirit is alive, we will not be afraid.”

The CCP’s new leadership team mostly consists of high-ranking officials who hail from the more developed southeastern coastal regions, and are well aware of the importance of economic development, private enterprises and opening up to the outside world.

Li also said that the greatest success of China’s reform and opening up has been to invigorate the Chinese people to innovate and take the initiative. And it is important to give the people living in this land opportunities to do and achieve more.

The CCP’s new leadership team mostly consists of high-ranking officials who hail from the more developed southeastern coastal regions, and are well aware of the importance of economic development, private enterprises and opening up to the outside world. Their top priority now is to promote China’s economic growth amid the challenging and complex internal and external situations.

This article was first published in Lianhe Zaobao as “中共新领导层的最大挑战”.

Related: Beijing faces a huge deficit of trust after 20th Party Congress | Xi's model of Chinese modernisation shaking up China and the world | Little certainty: A ‘new era’ for China’s economy | China's next premier Li Qiang: More implementation, less decision-making | Chinese state media: Party and state leaders step down of their own accord