A new study suggests that official Chinese lending has dropped in recent years. This stems from lessons learnt after a decade of mistakes in overseas lending. How would this affect Belt and Road Initiative projects in Southeast Asia? 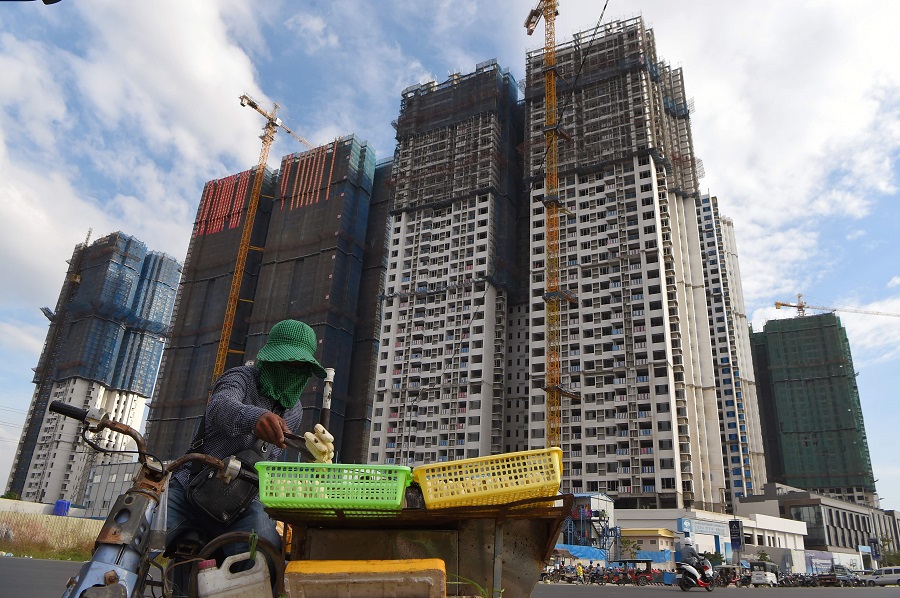 Grace Chong - 10 August 2022
Academic Ngeow Chow Bing takes stock of the "one China" policy of Southeast Asian countries, noting changes in interpretations over the years and their subtle differences from China's "one China" principle and the US's "one China" policy. He warns that US House Speaker Nancy Pelosi’s visit to Taiwan has exacerbated cross-strait tensions and could further limit Taiwan's international space in Southeast Asia.
Read more
Translated by Grace Chong on 20 January 2021

Chinese lending is inescapable in mainland Southeast Asia. In September 2020, when Laos stood dangerously close to defaulting on its sovereign debt, a deal was struck with the Chinese. As 45% of Lao’s external debt is owed to China, the Chinese state-owned company China Southern Power Grid was given a controlling stake in Laos’ national power grid. The Chinese company entered into a partnership with the state-owned electricity company, Électricité du Laos (EDL), in exchange for debt relief.

A new study from Boston University suggests that such Chinese lending largesse could be waning. Researchers at the university’s Global Development Policy Center have put together a database of China’s sovereign lending commitments from 2008 to 2019. It tracked loans from two major policy banks — the China Development Bank and the Export-Import Bank of China. Their data suggests, most surprisingly, that annual loan amounts from the two Chinese development banks fell from a peak of US$75 billion in 2016 to US$4 billion in 2019. The magnitude of the drop in lending as well as the exclusion of loans from Chinese commercial and state-owned banks in the data has been questioned by other observers, who claim that Chinese lending has shifted from the development banks to commercial banks and other actors. Despite this debate, there is a general consensus that official Chinese lending has been declining over the past three years.

A lack of transparency and missing loan repayments have been chronic ailments of Chinese lending, and the reduction in lending stems from the realisation that current lending processes have been failing.

There are several good reasons why China is, at least temporarily, scaling back its official lending. A lack of transparency and missing loan repayments have been chronic ailments of Chinese lending, and the reduction in lending stems from the realisation that current lending processes have been failing.

Observers have argued that up to 50% of Chinese lending may be “hidden”, compounding an already serious transparency problem in development lending as both borrowing countries and lenders often have incomplete information about how much a given country has already borrowed. This opacity surrounding the debt burden of borrowing countries has come back to haunt China during the pandemic, as it struggles to assess just how much of the debt it holds is at risk of default.

Of the US$30.5 billion in debt payments owed by the world’s poorest countries to the G20 in 2021, around 40% is owed to various Chinese lenders.

Previous Chinese lending decisions have been made on the basis of development sustainability, which focuses on the future earnings of a given project, instead of debt sustainability, which considers the current and projected future state of the economy as a whole when assessing a borrowing country’s ability to repay loans. Even on the metric of development sustainability, many projects financed by China’s two official lending institutions have been unsustainable. According to the Rhodium Group, as much as 25% of Chinese lending is currently under renegotiation.

China has made a concerted effort to improve these processes. In 2018, the Chinese International Development Cooperation Agency (CIDCA) was established to coordinate aid and lending across the 40 agencies and departments currently involved in overseas lending. In 2019, the Chinese Ministry of Finance announced a new debt sustainability framework, largely similar to existing World Bank and International Monetary Fund (IMF) frameworks. China also worked with the IMF to restructure the debt of the Democratic Republic of Congo and Angola.

In an unprecedented step towards international cooperation, China has also joined the G20’s Debt Service Suspension Initiative (DSSI), which grants deferments of loan repayments to borrowing countries in pandemic-induced debt distress until April 2021. Of the US$30.5 billion in debt payments owed by the world’s poorest countries to the G20 in 2021, around 40% is owed to various Chinese lenders. As of November 2020, China has deferred debt payments of US$2.1 billion or around 16% of total debt repayments it is owed this year.

Borrowing countries in Southeast Asia can expect improved lending processes to result in stricter lending standards similar to those faced by African countries last year. The Export-Import Bank of China has asked Kenya to redo a feasibility study to prove the commercial viability for an extension of a railway line. Officials in Uganda are also reporting that they have yet to secure funds for their railway project, as negotiations with the Chinese lending bank continue.

However, stricter standards are unlikely to lead to project cancellations, especially in Southeast Asia. The emphasis is that already-planned projects will remain, as countries of mainland Southeast Asia were reminded last year during repeated visits by top Chinese leaders. Chinese President Xi Jinping paid a visit to Cambodia, Laos and Myanmar in early 2020, China’s top diplomat Yang Jiechi visited Myanmar in September, and China’s Foreign Minister Wang Yi visited Cambodia, Malaysia, Laos, and Thailand in October. The countries’ leaders were promised Covid-19 aid and were urged to re-affirm the rollout of China’s trademark Belt and Road Initiative (BRI) projects.

Official Chinese lenders may be taking a step back, but it is clear that the BRI is still moving full steam ahead in Southeast Asia, dodgy lending processes or no.

This article was first published by ISEAS – Yusof Ishak Institute as Fulcrum Commentary “Official Chinese Lending: Why the Easy Money is Drying Up” by Muhammad Saad Siddiqui.

Related: China's Belt and Road Initiative faces huge challenges in Southeast Asia | Xi’s visit to Myanmar and implications for Southeast Asia | Amid a looming debt crisis, will China press the reset button on the BRI? | Laos’ high-speed railway coming round the bend