From the signing of the 17-point agreement, or in full, the Agreement of the Central People’s Government and the Local Government of Tibet on Measures for the Peaceful Liberation of Tibet, to the inaugural meeting of the Preparatory Committee for the Autonomous Region of Tibet held at Lhasa Hall, Tibet’s first auditorium, historical photo collector Hsu Chung-mao offers a glimpse of Tibetan history during the early 1950s. 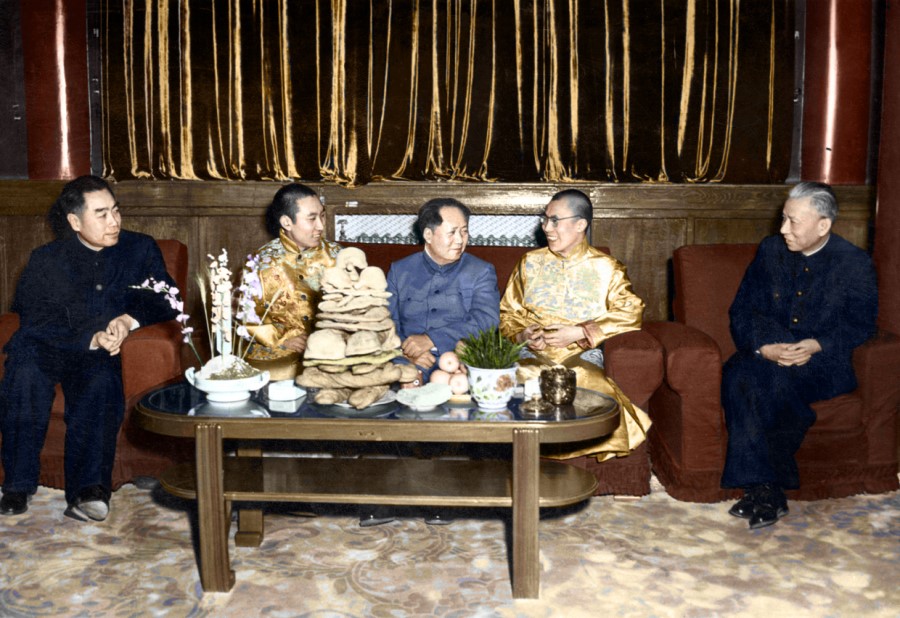 Candice Chan - 17 January 2022
China-Russia rivalry in the Central Asian region is intensifying, with the US's departure from Afghanistan and the two countries seeking to fill the power vacuum by working within their Central Asian spheres of dominance. Can the two powers work together to foster greater regional stability or will they let their competitiveness get the better of them?
Read more
Translated by Candice Chan on 30 November 2020

On 23 May 1951, delegates of the Tibetan Cabinet (Kashag) met with delegates of the Central People’s Government of the People’s Republic of China (PRC) at Qinzheng Hall in Zhongnanhai, signing what is known as the 17-point agreement, or in full, the Agreement of the Central People’s Government and the Local Government of Tibet on Measures for the Peaceful Liberation of Tibet. This agreement settled the question of Tibet’s status amid the complex and changeable global environment following the Xinhai Revolution of 1911, and it took place 18 months after the establishment of the PRC.

The boundaries of the world were first established in the 18th century, and shifted through the upheavals of war and the separation and integration of peoples, leading to the formation of modern states. World War I brought more changes while World War II further shaped the current landscape that we see today. In China’s case, the Qing Empire had the greatest impact on its current territorial map. Mongolia, Xinjiang, and Tibet were added to the map of China during the reign of the three early Qing dynasty emperors Kangxi, Yongzheng and Qianlong. During the late Qing dynasty, the Russians invaded from the north and the British empire attempted to occupy India, and then Tibet, and incited the ethnic minorities within China, leading to unrest.

Tibetan Buddhism is the main religion in Tibet. It includes five schools, the most dominant being the Gelug or Yellow Hat school, who observe a strict form of asceticism and the living buddha reincarnation system. This school is led by the Dalai Lama and Panchen Lama, who are considered living buddhas; on their passing, there is a process to select their incarnation from among a group of male children, and for the reincarnated soul boy to be acknowledged by the central government in China. This belief in reincarnated holy beings among humans has led to a hierarchical structure of living buddhas, monks and farmers, in effect, a highly theocratic society.

When the Xinhai Revolution broke out in 1911, several provinces declared their independence from the rule of imperial Qing, with Mongolia and Xinjiang among these provinces. But when the Republic of China (ROC) was established, it immediately professed that Mongolia, Tibet, and Xinjiang were still part of China. Nevertheless, because the ROC government was fighting imperialist aggression, and its military and political factions were in strife, it had too many issues on hand to effectively bring its borders under control.

The Kashag led by the 13th Dalai Lama was close to the British empire which had colonised India, while the ninth Panchen Lama — who was persecuted by the Dalai Lama’s clique — was forced to leave Tibet and go into exile in mainland China. In 1931, the Panchen Lama attended the Fourth National Congress of the Chinese Kuomintang (KMT) held in Nanjing, where he upheld the position that Tibet belonged to China, and won strong support from the Nationalist government leaders as a result. In late 1936, the Nationalist government deployed troops to escort the Panchen Lama back to Tibet, but met with resistance.

After the Second Sino-Japanese War, came the civil war between the KMT and CCP. On 1 October 1949, the CCP established the PRC, and the 10th Panchen Lama declared his support for the PRC government. However, the Kashag in Lhasa continued to reject it, and talks fell through.

In October 1950, the People’s Liberation Army (PLA) deployed about 40,000 troops to attack Tibet from four directions. The 8,000-strong Tibetan army based in Chamdo was led by Ngapoi Ngawang Jigme — known as Ngapo — and lacked arms and training. Given the vast difference in strength on each side, the Tibetan army was routed after three weeks and Ngapo was captured.

In February 1951, the then 15-year-old 14th Dalai Lama who was in power sent a five-person delegation to Beijing, with Ngapo leading the negotiations with the central government. On 23 May, both sides signed the 17-point agreement. The preamble states:

“The Tibetan ethnic group is one of the ethnic groups with a long history within the boundaries of China and, like many other ethnic groups, it has performed its glorious duty in the course of the creation and development of our great motherland.”

The agreement also states that “the Tibetan people have the right of exercising national regional autonomy under the unified leadership of the Central People’s Government”, that the “religious beliefs, customs and habits of the Tibetan people shall be respected”, and that the “established status, functions and powers of the Panchen Erdeni shall be maintained”.

At this point, the 13-year-old tenth Panchen Lama was invited to Beijing to meet Mao Zedong, Zhou Enlai, and other CCP leaders. In 1952, escorted by the PRC central government, the Panchen Lama finally returned to Tibet after an absence of 27 years.

In September 1954, the Dalai Lama Tenzin Gyatso and the Panchen Lama Choekyi Gyaltsen went to Beijing together to attend the first session of the first National People’s Congress. It was the first time the 20-year-old Dalai Lama had been out of Tibet, and his first time in Beijing, where he saw the sights and attended political meetings. While both men were in Beijing, Mao got them to join the Preparatory Committee for the Autonomous Region of Tibet (PCART), which the Dalai Lama later chaired.

In the spring of 1955, the Seventh Plenary Meeting of China’s State Council passed a decision on the establishment of the PCART. During this time, the Dalai Lama met with the first Prime Minister of India Jawaharlal Nehru in Beijing; he and the Panchen Lama also signed a statement following the first session of the First National People’s Congress objecting to the imperialist use of the atomic bomb. The two visited major cities in China, travelling back to Tibet separately in May 1955 via the new Xikang-Tibet Highway (now called the Sichuan-Tibet Highway) and Qinghai-Tibet Highway. They arrived in Lhasa and Xigaze the following month, ending their nine-month journey.

After the Dalai Lama and Panchen Lama returned to Tibet, the work of the PCART began, with the ultimate goal of replacing the Kashag. On 22 April 1956, the PCART’s inaugural meeting was held at the Lhasa Hall — Tibet’s first auditorium — with Vice Premier Chen Yi leading the central government delegation. An enormous portrait of Mao Zedong was flanked by smaller portraits of the Dalai Lama and Panchen Lama, along with a slogan advocating unity among China’s ethnic groups. The Dalai Lama was made PCART chairman and the Panchen Lama deputy chairman, with Ngapo as secretary-general. The inauguration ended on 1 May, and the traditional song and dance celebrations in Lhasa on the establishment of the PCART went on for days.

Related: Poverty alleviation in Tibet: For young Tibetans, material wealth and city life beckon | India losing Nepal as China-Nepal relations strengthen | China-India border clash: Will India's misperceptions of China's strength lead to war? | The US is getting old but China is still too green | China is now 'a moderately affluent society'? 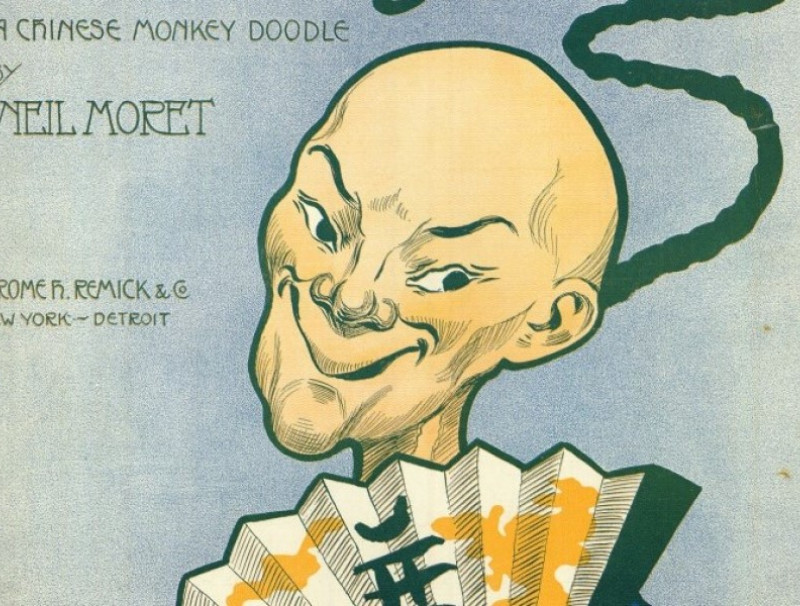