Taiwanese art historian: My mother waited for her soldier husband to return from war, just like Wang Baochuan

In today’s era, we get instant gratification through a swipe of the phone or a flick of the switch. Could we have done what Tang dynasty wife Wang Baochuan did and waited 18 long years — without phone, wifi or video apps — for her husband Xue Pinggui to return home? Taiwanese art historian Chiang Hsun knows his army wife mother could. It was she who taught him about “Baochuan vegetables”: the stubborn weed of Taiwanese purslane that won’t be stamped out; the pure love that asks for neither company nor reward. 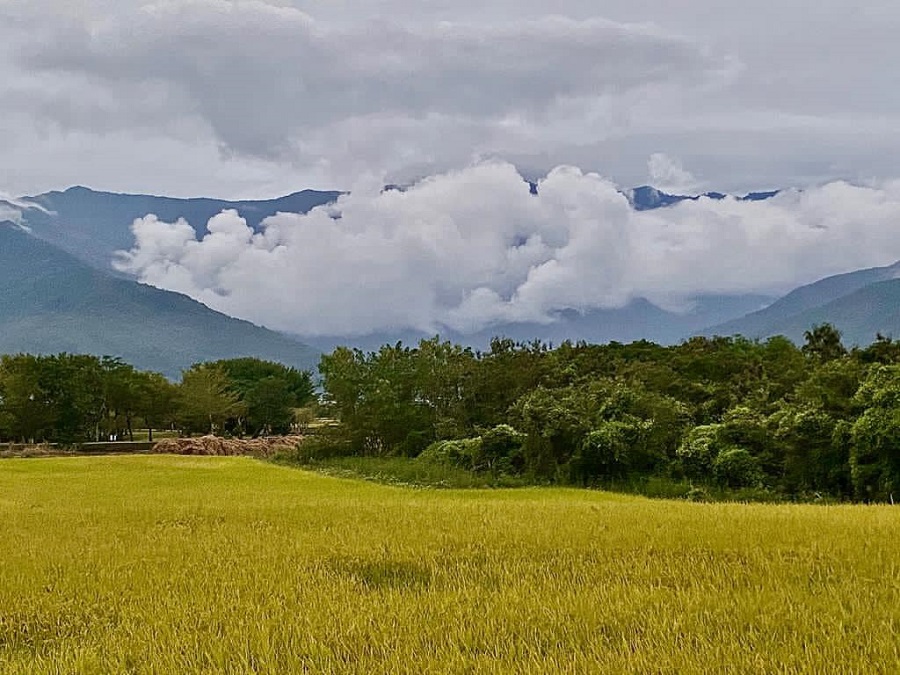 Grace Chong - 5 December 2022
Through the eyes of her cat Pudding, Beijinger Lorna Wei gives a snapshot of her daily life when her residential building went under lockdown last week.
Read more
Translated by Grace Chong on 22 January 2021

Taitung boasts a plethora of wild greens, all of which are completely different from those grown in large vegetable farms in terms of taste, texture and smell.

When I was a kid, food sources were scarce. Housewives often foraged for wild food. Clams from the stream outside my house, or swamp eels and pond loaches (mudfish) from the fields, all made for a great occasional feast.

The bomb shelter in our backyard was our hiding place in case of air raids. Warcraft did not find us; instead, various flowers and plants started growing in the soil cover above the shelter. My favourite flower was the Taiwan cotton rose with its mesmerising blush pink and pale white petals. There were also clusters of weeds. While they looked plain, they bloomed as well and had white, red, and purple flowers. Mother said that these were known as “Baochuan vegetables”. As she picked them, she told us the story of a Tang Dynasty lady, Wang Baochuan, who waited 18 years in a cold cave for her husband Xue Pinggui to return. (NB: The story goes that Wang was initially a woman of high birth, but chose to marry the poor but learned Xue. Xue soon left for the capital to take the imperial exams, leaving her alone in their cave home. Wang waited there for him for the next 18 years until he returned in glory as a high-flying general.)

Father was on the battlefield for many years during the war.* Seeing how Wang waited in the cold for her husband for 18 long years, Mother must have seen herself in her.

Mother loved to watch operas and she gained a lot of her knowledge from watching them. Some of the stories were true while others were made up, but most were folklore. She watched operas throughout the war such as the Qinqiang and Henan opera versions of Wang Baochuan and Xue Pinggui. Later on, she watched the Taiwanese opera version of Wujiapo, an excerpt of the same play, at the Dalongdong Bao’an Temple. As soon as the protagonist appeared with a hoe and a vegetable basket, she said, “Look, that’s Wang Baochuan.”

Father was on the battlefield for many years during the war.* Seeing how Wang waited in the cold for her husband for 18 long years, Mother must have seen herself in her.

“Luckily, this wild vegetable grew all over Wujiapo. That’s how Wang Baochuan survived those 18 years,” Mother explained. “The cave still exists in the outskirts of Shaanxi. A shovel is placed at the mouth of the cave, and a painting of Baochuan can be found in the cave. Perhaps she ate too many wild vegetables — her belly is green.”

Legends are like the wild vegetables that Wang survived on during her long wait in the cave — they are enduring and wild. Trample on them as you will; they will survive.

Folklore is best left unverified by history. But the common people do not believe in history; they survive on legends. Legends are like the wild vegetables that Wang survived on during her long wait in the cave — they are enduring and wild. Trample on them as you will; they will survive.

Mother told me a lot of stories about wild greens. When she was picking water spinach (空心菜, “vegetable with no heart”, characterised by its hollow stems), she told me the story of Bigan, a prominent Chinese figure of the Shang dynasty, who got his heart dug out. Miraculously, Bigan survived through some sort of spell and was able to leave the palace by horse, only to meet a demoness in the guise of an elderly vegetable seller who cried out, “Vegetable with no heart for sale!”. Just like that, she broke the spell that Bigan was under and he fell from his horse to his death. This story seems to be derived from the Ming dynasty novel The Investiture of the Gods (封神榜). Those who do not believe in history have the knack of coming up with "nonsense" and spinning them into novels or plays and operas.

When she watched Wujiapo and saw that upon his return, Xue wanted to confirm that Wang had stayed chaste, she couldn’t help but feel angry. With indignance in her eyes, she chided, “This man is such a bastard!”

Mother usually prepared Baochuan vegetables as a cold salad, marinating it with salt and tossing it in oil. The Baochuan vegetables I ate in Taitung this time were stir-fried in sesame oil and chilli. I haven’t had the dish for decades. Looking at the plate of vegetables, I was reminded of Mother. Seeing that I was in deep thought, the boss came over and told me that the official name of the vegetable was purslane, and that the Taiwanese called it “sow milk vegetable (猪母奶)”. He explained, “The vegetable is so nutritious that pigs produce milk after eating it. It even has omega 3!”

The boss sounded a bit like Mother. But Mother probably associated “Baochuan vegetables” with some painful memories she couldn’t mention. When she watched Wujiapo and saw that upon his return, Xue wanted to confirm that Wang had stayed chaste, she couldn’t help but feel angry. With indignance in her eyes, she chided, “This man is such a bastard!”

*Chiang's father was a graduate of the Whampoa Military School (Nanning) and fought in the wars against Japan and the Chinese communists.

Related: The simple beauty of Taiwan in a heavenly scallion pancake with chive sauce | In the digital age, how is humanity to save its own heart?