US and Southeast Asia need to cultivate common interests and understanding

Compared to China, the Biden administration has been slow off the blocks in the game of winning friends and influencing people in Southeast Asia. It has its work cut out for it. 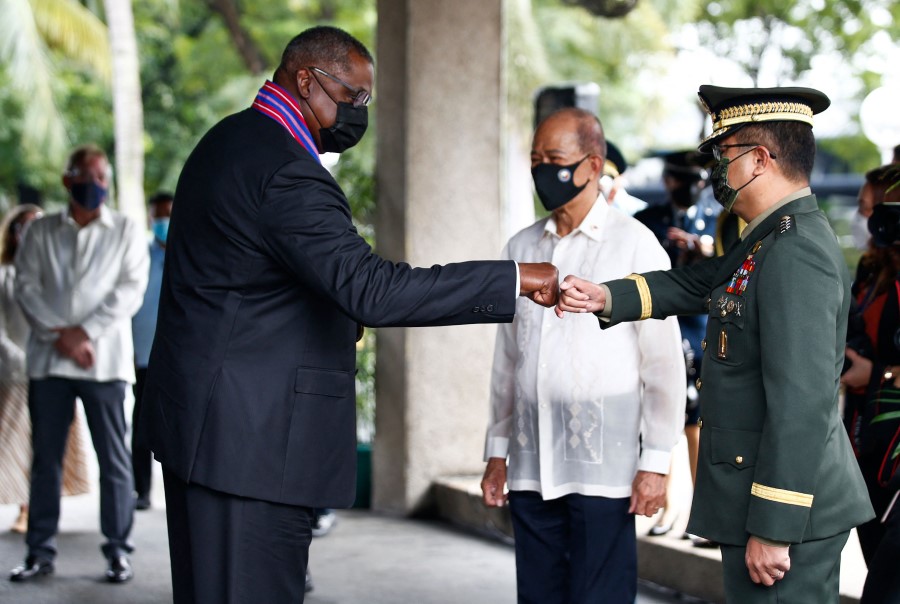 Candice Chan - 20 September 2022
Li Cheng, director of the John L. Thornton China Center of the Brookings Institution, notes that well-educated and professionally capable military technocrats are prominently represented in the PLA leadership, and this trend is set to continue after the 20th Party Congress. What contributions will this new corps of military technocrats make as Xi Jinping heads into a likely third term?
Read more
Translated by Candice Chan on 3 August 2021

In the Indo-Pacific strategy that the Biden team inherits from their predecessor, Southeast Asia figures as the primary battlefield for US-China rivalry. Still, the region has had to come to terms with its secondary importance in Washington’s engagement agenda. At this, the US has its work cut out for it.

Once in the Oval Office, President Joseph Biden has been busy contacting close allies and partners, as well as strategic competitors China and Russia. Southeast Asia, home to two US treaty allies and important partners in the Indo-Pacific, received phone calls from senior officials at best. Granted, the first six months of 2021 was a hectic time for Biden. He had to attend the virtual Quad summit (involving the US, Australia, Japan and India), a virtual climate change summit, and go on a Europe tour where he met with his counterparts from the G7, NATO, the EU and Russia. Until the Southeast Asia tour of US Defence Secretary Lloyd Austin in late July, no member of the US cabinet had visited Southeast Asia in the first six months of the Biden administration. Ambassadorial postings in some Southeast Asian countries have been left vacant. All told this only buttresses the image of an America which is not paying enough attention to the axis of the Indo-Pacific.

Most countries in Southeast Asia feel estranged or choose to estrange themselves from the Biden Administration’s framing of an emerging zero-sum “battle between democracies and autocracies”.

This inertia contrasts with China’s reception of ASEAN top diplomats in Chongqing in June for the in-person Special ASEAN-China and Mekong-Lancang Cooperation (MLC) Foreign Ministers’ Meetings. China is seeking to upgrade its ties with ASEAN to a “comprehensive strategic partnership” while MLC has made important headway towards subregional integration. During the pandemic, Chinese Foreign Minister Wang Yi has also embarked on tours around Southeast Asia to woo regional countries with Chinese vaccines and economic recovery packages, as well as investment opportunities in the Belt and Road Initiative (BRI).

Another problem is Biden’s ideological framing of US strategic competition with China. The Biden team have accentuated the threat that China poses to democracies and the international liberal order. The Biden team claims that multilateralism is back, but this version diverges from what the region expects — US leadership in inclusive multilateral frameworks to advance common interests. It is taking the shape of values-driven multilateralism that pushes hard against China on issues of democracy and human rights.

This exclusive “elite club” approach — emphasising the role of advanced democracies in driving a rules-based and open system — is welcome in the West but can prove problematic in Southeast Asia. Most countries in Southeast Asia feel estranged or choose to estrange themselves from the Biden administration’s framing of an emerging zero-sum “battle between democracies and autocracies”.

After half a year sorting out domestic affairs and revitalising alliances, the Biden administration must move fast with regional diplomacy to assuage unease about an uncommitted and confused America.

First, the US needs to deliver tangible deliverables to Southeast Asia, which has been stricken by successive waves of the Covid-19 pandemic. A latecomer yet now the biggest donor to the COVAX Facility, the US has become increasingly active in vaccine diplomacy, prioritising Southeast Asian countries for vaccine donations. More will be expected from Washington to help with the region’s lagging vaccination programmes.

Second, the US needs a clear economic agenda for the region. While rejoining the Trans-Pacific Partnership is too tall an order for Biden during his tenure, a rumoured regional digital trade agreement is a positive development. Instead of being an elite club of advanced digital economies, the US should engineer it towards an à-la-carte framework for regional countries to join where they are capable and comfortable and help them build their digital capabilities.

As the Biden team is catching up to communicate its new vision, they must carefully research what the region needs and expects. Enhanced cooperation in issues such as vaccine supply and energy development is critical.

Third, the US’s Build Back Better World (B3W) initiative must be translated into tangible deliverables in coordination with US allies and partners. The Mekong subregion is a good place to start. The Trump administration upgraded the Lower Mekong Initiative to the Mekong-US Partnership and brought other US allies into the Friends of the Mekong project. Japan, South Korea, Australia, India, and the EU are important development partners in the sub-region. Synergies between existing US and allied cooperation frameworks will be conducive to the realisation of B3W in the Mekong area. This subregion — the prime target of China’s BRI — needs quality infrastructure and sustainable energy development.

Last but not least, the US must show up, including at ASEAN gatherings. In a region where showing-up is “half the battle won”, the Biden team needs to get their regional engagement right. At this, the US has started to crank up the gears. In early July, Kurt Campbell stressed that Washington needs to “step up its game substantially” in Southeast Asia and specified that vaccine delivery would be the “most important contribution” that the US can make to the region. Secretary Blinken met his ASEAN counterparts virtually in mid-July and is meeting them again in early August. Last week, Lloyd Austin was on a Southeast Asian tour to Singapore, Vietnam and the Philippines. As the Biden team is catching up to communicate its new vision, they must carefully research what the region needs and expects. Enhanced cooperation in issues such as vaccine supply and energy development is critical.

America’s efforts to reinvigorate its efforts in Southeast Asia are welcome, but regional countries should also shoulder the burden of maintaining regional stability. The recently restored Visiting Forces Agreement with the Philippines reflects the fact that the country’s national security establishment worked hard to keep the agreement. While the US has stressed it would “make no bones” about the need to restore democracy in Myanmar, it has said it would work with ASEAN to resolve the political crisis in Myanmar. Hence, it behoves ASEAN to shoulder the burden of ensuring that the junta works together with the grouping along the five-point consensus mapped out in April. In the end, mutual rapport requires an understanding of each other’s needs and sustained cultivation of common interests.

This article was first published by ISEAS – Yusof Ishak Institute as a Fulcrum commentary. This commentary reflects the writer's personal views and not that of any institutional affiliations.