Vaccine diplomacy: China and India push ahead to supply vaccines to developing countries

More than three quarters of the vaccinations that have taken place worldwide have been done in just 10 countries that account for almost 60% of global GDP, while 2.5 billion people in almost 130 countries have yet to receive a single dose, according to Dr Tedros Adhanom Ghebreyesus, director-general of the WHO. China and India have since embarked on “vaccine diplomacy” in a bid to despatch vaccines to developing countries. They may have their own goals in doing so, but their timely humanitarian aid for others is exemplary, says Zhu Zhiqun. 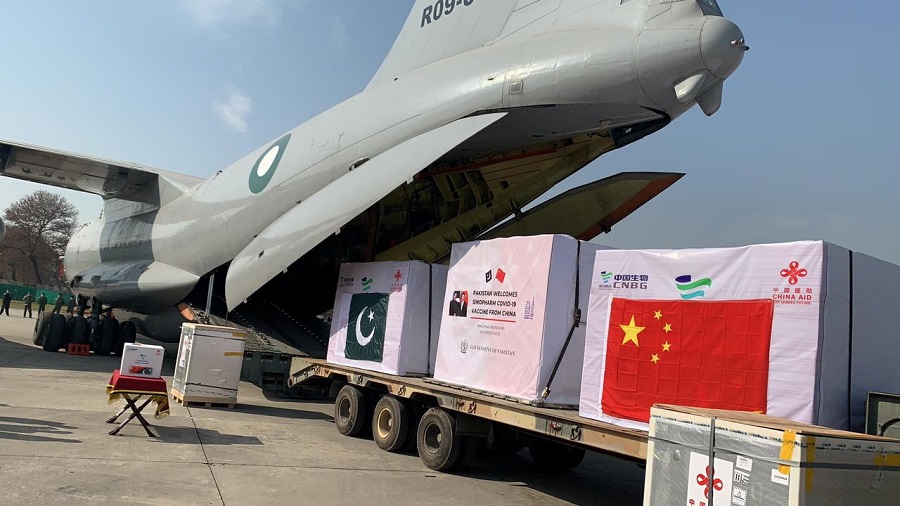 Grace Chong - 30 January 2023
Amid ongoing tensions, a high-level visit by US Secretary of State Antony Blinken to China in the coming week shows hope for improved relations between the two economic powerhouses. Zaobao correspondent Yu Zeyuan notes that while the meeting may not produce practical results, it is a much needed exchange to manage and control China-US relations from worsening.
Read more
Translated by Grace Chong on 8 February 2021

Vaccine nationalism has become a global problem as the world continues to combat the coronavirus. There are urgent needs in low- and lower-middle income countries (LICs and LMICs) for Covid-19 vaccines and therapeutics. According to the medical journal The Lancet, many high-income countries already have bilateral agreements with manufacturers of Covid-19 vaccines. For the majority of populations in LICs and LMICs, financial support or donations are necessary for access to the vaccines.

Many developed countries including the US, the UK and Japan are facing daunting pandemic challenges at home and are focusing on immunising their own citizens first. Others like Australia and New Zealand have purchased vaccines from US drugmaker Pfizer and Germany’s BioNTech for their citizens. About 36% of Israelis have received vaccines by early February 2021.

China and India vie to provide vaccines for developing countries

Developed countries are slow or reluctant to take the initiative to mobilise support for LICs and LMICs in need, so the latter have to find alternative vaccine supplies. China and India, two largest developing nations, have emerged as leaders in providing Covid-19 vaccines to LMICs. Inequality in vaccine distribution provides an opportunity for China and India to conduct “vaccine diplomacy”.

None of the three Chinese companies have released detailed efficacy data of their vaccines yet, but reports of initial success and limited access to rival shots developed by Western drugmakers have prompted many LICs and LMICs to sign up for Chinese vaccines.

In May 2020, Chinese President Xi Jinping offered to provide Chinese-made vaccines for developing countries as a “public good” at an affordable price. China’s vaccine diplomacy is part of its effort to frame itself as a responsible power during the global health crisis. Vaccine diplomacy helps improve China’s overseas image tarnished by Beijing’s initial botched handling of the coronavirus.

Vaccines from Sinopharm and Sinovac are being rolled out to the first group of 14 countries, including Brazil, Indonesia, Pakistan, Turkey, the UAE, and Zimbabwe. On 16 January 2021, China delivered a million doses of Covid-19 vaccines to Serbia, consolidating its position as Serbia’s most important partner in the fight against the pandemic. None of the three Chinese companies have released detailed efficacy data of their vaccines yet, but reports of initial success and limited access to rival shots developed by Western drugmakers have prompted many LICs and LMICs to sign up for Chinese vaccines.

India has also been active in conducting vaccine diplomacy. Known as the pharmacy of the world, India produces roughly 60% of the vaccines globally. Using its competitive advantage in vaccine manufacturing, India is engaged in a diplomatic competition with China in distributing vaccines to the LICs and LMICs. In launching the “Vaccine Maitri” or “Vaccine Friendship” the Narendra Modi government has committed to supply 10 million doses to countries around the globe. Separately, it has also proposed to supply 200 million doses to COVAX.

Vaccine Maitri is mainly designed to enhance India’s image and soft power, especially in the South Asian region, where India appeared to be losing pre-eminence to growing Chinese influence.

Vaccine Maitri is mainly designed to enhance India’s image and soft power, especially in the South Asian region, where India appeared to be losing pre-eminence to growing Chinese influence. But India’s vaccine diplomacy also covers other regions. By February 2021, it has reached 17 nations, including those in Africa, the Middle East, and Latin America and the Caribbean, in addition to its neighbours. For example, in early February 2021, India despatched one million doses of the Covishield vaccine produced by its top biotechnology company Serum Institute to South Africa. Covishield is the local name for the Oxford-AstraZeneca vaccine developed in Britain and manufactured under licence in India. India plans to offer another 500,000 doses of Covishield vaccines to South Africa soon.

At least a fifth of the world’s people will not get access to Covid-19 vaccines until 2022, and many low-income countries will have to wait until 2023 or 2024 for full immunisation.

When wealth is health

Vaccine diplomacy not only highlights competition between China and India, but also reveals the chronic wealth and power disparities between developed nations and the LICs and LMICs. People in poor countries are awakening to the harsh reality that vaccines are not readily available common goods. Americans, on the other hand, have the luxury of choosing between homemade Moderna and Pfizer vaccines, and possibly a third one from Johnson & Johnson soon. With the Biden administration’s recent purchase of 200 million additional doses, there will be enough to fully vaccinate 300 million people — almost the entire US population — by the end of summer 2021.

At least a fifth of the world’s people will not get access to Covid-19 vaccines until 2022, and many low-income countries will have to wait until 2023 or 2024 for full immunisation. Dr Tedros Adhanom Ghebreyesus, director-general of the World Health Organization (WHO), warned recently that vaccine inequity could cost the global economy $9.2 trillion.

A big problem is that wealthy countries and their pharmaceutical companies have been unwilling to share intellectual property and technology, which threatens to prolong the pandemic. Even worse, developed countries have been hoarding the vaccines. They have secured nearly 60% of the 7.2 billion vaccine doses purchased globally so far. Moreover, more than three quarters of the vaccines that have been administered worldwide have been done in just ten developed countries, while 2.5 billion people in almost 130 countries have yet to receive a single dose.

Most of the Covid-19 vaccines have been or are being developed by pharmaceutical companies in wealthy countries. Sharing intellectual property and technology with producers in the developing world would significantly increase production of vaccines and facilitate more equitable vaccine distribution.

A few developing countries, including India, Eswatini, Kenya, Mozambique, and Pakistan, co-sponsored a proposal in October 2020 asking the World Trade Organization (WTO) to waive, for the duration of the pandemic, the agreement on protecting intellectual property. The proposal won the support of around 100 mostly LICs and LMICs. Supporters of the proposal argued that waiving these protections would allow manufacturers all over the world to more rapidly meet global demand for vaccines, and poor countries would probably not have to wait until 2023 or 2024 to inoculate the majority of their populations. However, developed countries and major pharmaceutical companies opposed the proposal.

China’s vaccine diplomacy is also considered part of its competition for global influence with the US. Chinese foreign minister Wang Yi visited Indonesia in January 2021, partially to counter the US clout in the largest Muslim nation visited by former US secretary of State Mike Pompeo in October 2020. Wang focused on bilateral cooperation in areas such as Covid-19 vaccines and Chinese investments in Indonesia. He timed his visit to coincide with Indonesian President Joko Widodo taking the Sinovac shot, demonstrating the latter’s confidence in the China-made vaccine.

Critics point out that even if they manage to vaccinate a million people a day, it will take 1,400 days or about 3.8 years — until 2024 to vaccinate everyone in India or China. So India and China must balance their domestic interests and global ambitions and avoid punching above their weight.

India and China’s vaccine diplomacy is not without controversies. Each country boasts a population of about 1.4 billion. Critics point out that even if they manage to vaccinate a million people a day, it will take 1,400 days or about 3.8 years — until 2024 to vaccinate everyone in India or China. So India and China must balance their domestic interests and global ambitions and avoid punching above their weight.

Global equitable access to vaccines is the only way to mitigate the public health and economic impact of the pandemic. Developing and distributing Covid-19 vaccines are the most pressing public health challenge facing the world today. China and India may have their own goals when conducting vaccine diplomacy, but their timely humanitarian aid for others is exemplary.

As Dr Tedros pointed out, all governments have an obligation to protect their own people. But once they have vaccinated their own health workers and senior citizens, the best way to protect the rest of their own population is to share vaccines so that other countries can do the same. It is encouraging that the Biden administration has decided to remain in the WHO and to support COVAX. It is high time that the US and other Western countries demonstrated global leadership and moral responsibility and worked with the developing world to deal with the most serious challenge for humanity now.

Related: Winning Indonesia over: US and China seek Indonesia's support in Southeast Asia | War of words over efficacy and safety of vaccines: Will China win? | Covid-19 will be overcome, but can China and the US avoid the risk of war and conflict? | Chinese city offers trial coronavirus vaccine and people are queueing for it