Was WHO dancing to China’s tune in its responses to the pandemic?

The World Health Organisation is caught in the fray as the coronavirus becomes another battleground for the US and China. Just how much of a pivotal role did its decisions play in helping or hindering countries’ preparations? Or in the end, is it just being used as a handy smokescreen? Chinese academic Zhu Ying weighs the arguments. WHO Director-General Tedros Adhanom Ghebreyesus attends a news conference on the coronavirus in Geneva, Switzerland, on 24 February 2020. (Denis Balibouse/File Photo/Reuters) 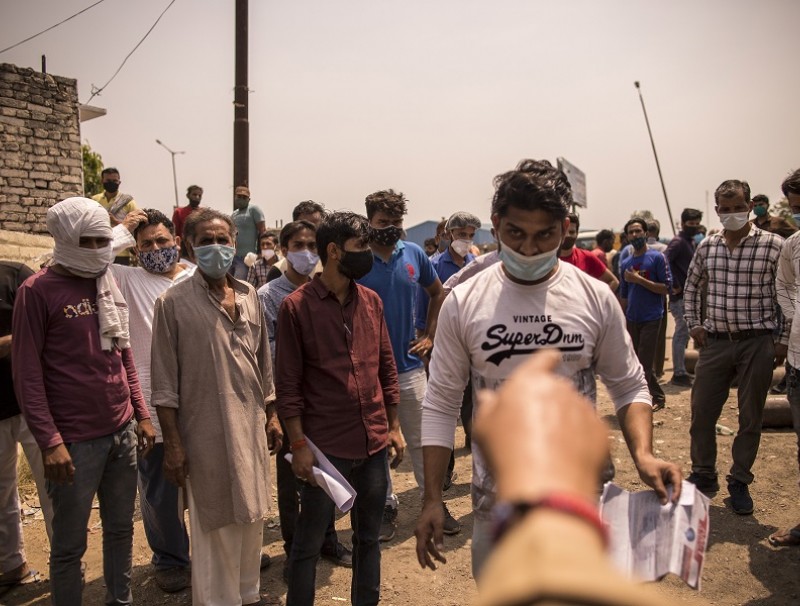 Grace Chong - 3 May 2021
Cultural historian Cheng Pei-kai recalls his study tour in Dehua county sampling tea as he visited dragon kilns and pottery workshops. He was delighted to extend warm hospitality to a Chinese-speaking Dutchman who was there to learn about Dehua porcelain and Anxi tea.
Read more
Translated by Grace Chong on 16 April 2020

China and the US have recently engaged in a war of words over the World Health Organisation (WHO) and its director-general Tedros Adhanom Ghebreyesus. US President Donald Trump harshly criticised the WHO thrice in a day on 7 April for being too China-centric and giving the wrong advice for the Covid-19 coronavirus. He even tweeted that the WHO “really blew it”.

The report pointed out that Tedros had a clear tendency to blindly trust the information provided by China in this pandemic, which contributed to the reasons for the delayed response of other countries in tackling the current pandemic. - French think tank Institut Montaigne

A day later on 8 April, China’s People’s Daily gave a swift response, stating that some people with ill intentions were defaming and slandering the WHO, which is an act that disregards the safety of lives and causes as much harm as the virus itself. On the same day, Chinese foreign ministry spokesperson Zhao Lijian said that China would continue supporting the WHO in fulfilling its work and playing a leading role in global anti-pandemic cooperation.

Taking a step back for an objective look at the WHO is in order. Firstly, was the WHO slow in its response to the coronavirus? On 23 March, French think tank Institut Montaigne released a first assessment of the WHO’s handling of the coronavirus crisis. The report pointed out that Tedros had a clear tendency to blindly trust the information provided by China in this pandemic, which contributed to the reasons for the delayed response of other countries in tackling the current pandemic. The report constructed a timeline of the outbreak charting the WHO’s untimely responses at each of these stages.

He (Chen Shih-chung) claimed that the WHO was akin to “an insider speaking like an amateur” and added, “If our warning to the WHO that the patients were ‘isolated for treatment’ does not count as a warning, then what does?”

There are at least four time periods that are highly questionable in the WHO’s handling of the pandemic. First, why did it ignore Taiwan’s warning of the outbreak on 31 December 2019? On 31 December, Taiwan had emailed the WHO to alert them that human-to-human transmission of the Covid-19 coronavirus was possible. However, the WHO is now denying that the email from Taiwan had mentioned the possibility of human-to-human transmission. On 11 April, Taiwan Minister of Health and Welfare Chen Shih-chung explained that if they had “firmly stated that there was human-to-human transmission” then, that would really have been “a misleading message”. The email clearly stated that news resources and the health authorities had already reported that there were seven cases isolated for treatment in Wuhan. He claimed that the WHO was akin to “an insider speaking like an amateur” and added, “If our warning to the WHO that the patients were ‘isolated for treatment’ does not count as a warning, then what does?” On 14 January 2020, the WHO tweeted: “Preliminary investigations conducted by the Chinese authorities have found no clear evidence of human-to-human transmission of the novel #coronavirus (2019-nCoV) identified in #Wuhan, #China.”

On 3 February, the WHO press release stated that there was no need for measures that “unnecessarily interfere with international travel and trade”.

Fourth, on 3 February, Tedros appealed to countries not to impose travel restrictions on China. At the WHO’s Executive Board meeting on 3 February when various representatives of different countries were expressing their concerns over the outbreak, China criticised the countries for imposing restrictions on its trade and tourism activities. On 3 February, the WHO press release stated that there was no need for measures that “unnecessarily interfere with international travel and trade”. According to the press release, Tedros also said that the outbreak could be controlled.

These four time periods can be summarised into a single point: was the WHO dancing to China’s tune in its responses to the pandemic? On 26 March, Japan's Deputy Prime Minister and Finance Minister Taro Aso said that many people are rallying for the World Health Organisation to change its name to the "Chinese Health Organisation", and to be renamed from “WHO” to “CHO”.

"...the key factor in fighting Covid-19 is time. Promptly diagnose and administer treatment, and quickly isolate. At the same time, contact tracing must also be thorough." - Zhang Wenhong

On 8 April, Zhang Wenhong, director of the infectious diseases department at Shanghai’s Huashan Hospital, spoke at a video conference seminar on the battle against the Covid-19 pandemic organised by the Asia Society in the US. He said that based on predictions based on existing mathematical models, up to 800,000 people could have been infected with the virus in a population of 30 million in Shanghai. “In actual fact, there were only 400 confirmed cases in Shanghai, and a massive outbreak was effectively contained within two weeks,” he said. “Thus, we believe that the key factor in fighting Covid-19 is time. Promptly diagnose and administer treatment, and quickly isolate. At the same time, contact tracing must also be thorough.”

In other words, is it clear that the WHO’s delayed response resulted in various countries losing precious time in making preparations to deal with the outbreak? The world can make that judgement on its own.

In late March, Zhong Nanshan, a prominent Chinese respiratory disease specialist and his team released their research results showing that mainland China’s infection rate peaked on 28 February. Had the interventions been introduced five days earlier, the number of infected people could have been reduced by two thirds or more.

Do the interventions refer to measures like the lockdown on Wuhan on 23 January? What would the outcome have been if it was implemented five days earlier or even ten days earlier? If China had implemented the policies much earlier, and the WHO had also followed suit and declared a public health emergency of international concern way in advance, would it have made a big difference to the current global pandemic?

Next, will China and the US’s opposing attitudes towards the WHO paralyse the latter? On 8 April, Tedros rebutted Trump’s comments saying, “Please don’t politicise this virus.” In response, Trump emphasised that the WHO had been China-centric and had continued stating that all was well, that there was no human-to-human transmission, and that countries should keep their borders open. On 9 April, Tedros tweeted: “For the past 100 days, our unwavering commitment has been to serve all people of the world with equity, objectivity and neutrality.”

Trump's allegations on WHO has strong societal support in the US. Put in the words of hawkish Republicans, the people are fuming mad. On 6 April, US senator Rick Scott said, “We are going to investigate why did they [the WHO] do what they did, what was their purpose and then why are we as American taxpayers giving them some of our dollars.” According to the Kaiser Family Foundation, the US taxpayers contributed US$513 million to the WHO in 2017, while contributing US$341 million in 2019. Todd Young, chairman of the Senate Foreign Relations Subcommittee with jurisdiction over the WHO, also sent a letter to Tedros, calling for him to appear for a subcommittee hearing on the WHO’s response to the coronavirus. On 6 April, the UK Parliament’s Foreign Affairs Committee proposed the establishment of a “G20 for Public Health”. The report directly criticised the WHO for its mishandling of the outbreak.

...a Canadian netizen has launched a petition on the world’s largest petition website, change.org, titled “Call for the resignation of Tedros Adhanom Ghebreyesus, WHO Director General”. As of 13 April, over 910,000 people have signed the petition.

On 8 April, French President Emmanuel Macron phoned Tedros and said that he fully supports the WHO and refuses to see it locked into a war with China and the US. Secretary-General of the United Nations António Guterres also supports and defends the WHO, which is one of its specialised agencies. African Union Commission (AUC) Chairperson Moussa Faki Mahamat has also said on Twitter that the AUC fully supports WHO and Tedros.

Trump announced on 14 April that his administration is halting its funding to the WHO while a review is conducted to assess WHO's role in what he calls “severely mismanaging and covering up the spread of the coronavirus”. That same day, Scott and six other Republican senators wrote a letter addressed to Tedros, asking the WHO to provide an account of its handling of the coronavirus outbreak. Currently, a Canadian netizen has launched a petition on the world’s largest petition website, change.org, titled “Call for the resignation of Tedros Adhanom Ghebreyesus, WHO Director General”. As of 13 April, over 910,000 people have signed the petition. The result of the US’s accountability checks on Tedros on one hand, and China’s defence of Tedros on the other, has become a focal point of the global Covid-19 pandemic.

Related: Covid-19: Can the global economy operate without China? [Part One] | Does China owe the world an apology? | Mainland China and Taiwan: Game of push and pull continues amid the Covid-19 epidemic Vietnam’s domestic and foreign policy structures held up well in 2020 in the face of... Vietnam’s domestic and foreign policy structures held up well in 2020 in the face of significant challenges involving...