The death of a teenager and the reduced sentence of a triad boss may seem unrelated, but these two cases in Kunming have united China's Internet community in a common search for truth and justice. Shanghai correspondent Yang Danxu looks at the lack of trust between the Chinese public and its law enforcement system. 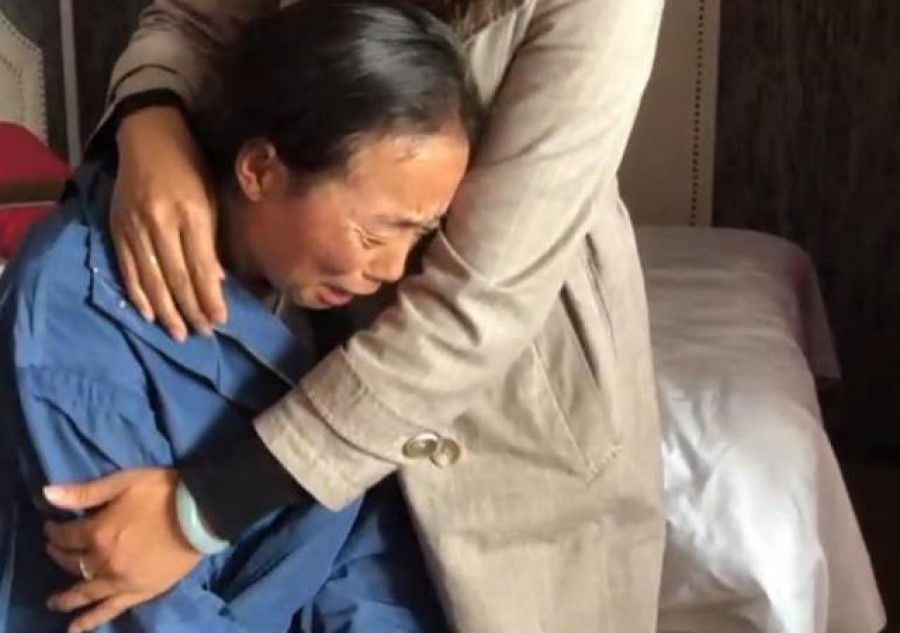 The mother of Li Xincao went online for help to seek justice for her daughter's mysterious death. (Internet)

Candice Chan - 30 January 2023
A mall in Shenzhen came under fire for putting up white lanterns with black text as part of its Chinese New Year decorations, while an “ugly” rabbit-shaped light decoration was removed from another mall in Chongqing. Academic Zhang Tiankan muses on tradition and innovation, and the evolution of traditional decorations.
Read more
Translated by Candice Chan on 21 October 2019

A 19-year-old girl in the spring of life and a triad boss whose sentence had been drastically reduced. These two seemingly unrelated individuals were brought together by China’s online community in their quest for truth and justice.

It began with the death of Li Xincao.

On 12 October 2019, a Weibo user with the handle Li Xincao’s Mother posted a claim that her daughter, a second-year student at Kunming University of Science and Technology, had drowned in the Panlong River on 9 September. The police told her that Li Xincao had gotten drunk at a bar and jumped in the water with several other people. But when Mrs Li asked the police for CCTV footage from the bar, she found evidence that her daughter had been the victim of violence. An online clip showed a man on top of Ms Li at one point, and she was subsequently held down and slapped by two men and a woman.

Mrs Li said the police told her they had not initially noticed that part of the footage during the investigation. A few days later, they confirmed that there were “four instances of violence and groping”, but a case could not be filed because the police had received threats from the men in the video. Not believing her daughter would kill herself, Mrs Li approached the police many times to redress her grievances, but to no avail. In the end, she had to turn to the Internet for help, in securing justice for her daughter.

Why would a 19-year-old girl jump in the river after drinking? What happened in the bar? Did the police thoroughly investigate the reported cause of death? Did they not find it not credible? Why did the official media release the preliminary findings and then remove it?

Just hours after Mrs Li’s appeal went online, the Panlong police issued a statement announcing that a working group would be set up to investigate the claims. On WeChat, official media in China reported the preliminary findings. Li Xincao’s death was reported to be accidental, not a homicide. However, less than an hour later, these reports were all removed, adding to the mystery of the case. With online comments fiercely circulating, the Kunming police released a statement on 14 October 2019, saying that a team would be set up to investigate Li Xincao’s death.

Within a few days, the case had made waves in China. The online community showed far more interest in Li Xincao’s death than in national issues like the China-US trade war or visits by Chinese leaders to India, Nepal, and other countries.

The doubts over Li Xincao’s death were not unfounded. Even now, many things remain unexplained. Why would a 19-year-old girl jump in the river after drinking? What happened in the bar? Did the police thoroughly investigate the reported cause of death? Did they not find it not credible? Why did the official media release the preliminary findings and then remove it?

Coincidentally, on the same day that the Kunming police announced the team that would investigate Li Xincao’s death, the Yunnan legal system reopened the trial of Kunming triad boss Sun Xiaoguo. Sun was previously convicted of rape, insulting the modesty of women, causing intentional harm, and disorderly conduct. He was given the death sentence, but had his sentence reduced multiple times. Since then, 19 of Sun’s backers and benefactors, including many former officials of the Yunnan Provincial Department of Justice, Higher People’s Court, prison authority, and police department, have also been charged.

...even though there are many constraints on the space for public opinion in China, when it comes to controversial issues of public interest, the Internet remains an effective channel for the public to exert their rights and seek the truth...

The online community cheered the delivery of truth and justice, delayed as it was. However, the ripples caused by Sun Xiaoguo’s bizarre case still linger and have motivated people to get to the bottom of Li Xincao’s death. Many have connected these two cases in Kunming, questioning whether those involved in Li Xincao’s death also had a powerful “backer”, leading the police to draw a hasty conclusion on the cause of Li’s death.

The cases have also raised the question of whether Weibo is the only reliable source of accurate information. Li Xincao’s mother spent over a month trying in vain to get the police to file a case for investigation. Some people caustically remarked that the police only investigate cases when under public pressure, and that perhaps a Weibo police branch should be established. Viewed in a positive light, it is worth noting that even though there are many constraints on the space for public opinion in China, when it comes to controversial issues of public interest, the Internet remains an effective channel for the public to exert their rights and seek the truth, putting pressure on law enforcement agencies with its ability for news to spread rapidly and gain traction.

In these times when public opinion is more likely to be influenced by emotion than rationality, it is also easy for partial truths, subjective truths, and artificially constructed truths to sway public opinion.

The problem is that the public is not getting the truth through the fair and independent action of law enforcement agencies. The fact that people have to search for the truth by pounding their keyboards is an embarrassment to the government, undermining its credibility. For example, while the cause of Li Xincao’s death is not yet clear, China’s online community is practically unanimous in believing her mother, demonstrating that they do not trust law enforcement agencies and feel that the truth is forever elusive.

In these times when public opinion is more likely to be influenced by emotion than rationality, it is also easy for partial truths, subjective truths, and artificially constructed truths to sway public opinion. The doubts cast by the public on the credibility of government agencies should be a warning. Strengthening its credibility is the best way for Chinese authorities to respond to online sentiment and prevent social conflict and social risks.

A combination of investigation, fair assessment, and ample transparency will show whether the case details revealed online by Mrs Li are true or if they are based on subjective bias. For the family of the deceased and for people concerned about Chinese society, and for those aiming to find the truth of Li Xincao’s death and those hoping to rebuild the government’s credibility, it’s better late than never.