China's top infectious diseases expert Dr Zhang Wenhong was recently embroiled in an alleged academic fraud case but investigations have cleared his name later on. The investigation came after he put forward the view of "living with the virus", which is at odds with the official stance for achieving zero-Covid. Who protected Dr Zhang from punishment? Was it public opinion, the city of Shanghai or Dr Zhang's impeccable moral standards? Will this deter professionals from speaking the truth in the future? 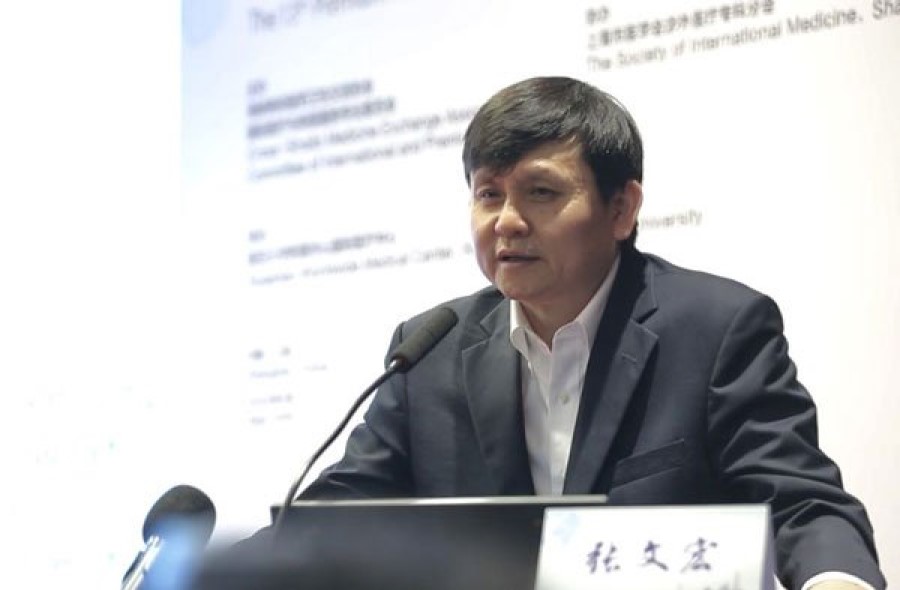 Grace Chong - 23 November 2022
US academic Wu Guo looks at the recent online furore over the mushrooming of state-run communal canteens in China and offers his views from the US. While providing food for the needy should be part of the state's responsibility, there should also be space for civil society, private enterprises and the public to play a role to create kind and healthy communities.
Read more
Translated by Grace Chong on 26 August 2021

On 23 August, Fudan University concluded after investigation that the doctoral dissertation of Dr Zhang Wenhong, China’s top infectious diseases expert and head of the Center for Infectious Disease at Huashan Hospital under Fudan University, does not constitute academic misconduct. This news quickly flooded my WeChat Moments page and chat groups, with people posting celebratory messages such as: “That’s great! Dr Zhang is fine!”

This alleged academic fraud incident received widespread attention from Chinese public opinion. It even sparked off a massive “Protect Dr Zhang Wenhong” movement online. While these actions are unexpected, they are reasonable.

Two weeks ago, some netizens reported that Dr Zhang’s two-decade-old doctoral thesis was suspected of plagiarism. The whistleblower claimed that the literature review section of his thesis overlapped with a 1998 paper by Professor Huang Hainan from Qilu Institute of Technology. They alleged that the overlapping content amounted to about 3,000 words of the 70,000 words paper. The Fudan University Graduate School responded the next day that it had launched an investigation into Dr Zhang’s thesis.

When the incident happened, Dr Zhang was attacked by some netizens who believed that he had “surrendered to the virus”. He was even labelled as a “reactionary academic authority” for putting forward the view of “living with the virus”.

Early this month, former Chinese Health Minister Gao Qiang published an article rebuking Dr Zhang’s view. Chinese Communist Party journal Qiushi (《求是》) — “Seeking Truth” — also posted an article on Weibo saying that some Western countries are calling the Covid-19 coronavirus “just another flu” and downplaying the risks of the pandemic to the public, causing the pandemic to spin out of control. While the article did not call out Dr Zhang, it was inevitable that he would be mired in greater controversy.

At the same time, many of Dr Zhang’s contacts rallied for him and vouched for his character and medical professionalism over the past week.

After the investigation into his thesis was over, many netizens proclaimed that the mission to protect Dr Zhang had succeeded. But there are different views on who is protecting Dr Zhang and why he was able to escape unscathed.

Last week, after numerous media reported that Shanghai Party Secretary Li Qiang had personally visited and inspected Dr Zhang’s laboratory, the slogan “Shanghai party secretary supports Zhang Wenhong” immediately surfaced. But in actual fact, the inspection tour happened on 2 August, when Gao had not published his article, and neither was Dr Zhang accused of academic fraud yet.

Some academics also questioned if Fudan University had been biased towards Dr Zhang, rewriting its academic standards to support him. But Dr Zhang’s incident is not the first of its kind — similar conclusions had been drawn when Shanghai University history professor Zhu Xueqin’s doctoral dissertation was also suspected of plagiarism. The conclusion was also that while the paper did not follow academic standards, it did not constitute academic misconduct.

At the same time, many of Dr Zhang’s contacts rallied for him and vouched for his character and medical professionalism over the past week. These people include doctors who have worked with him, reporters who have interviewed him, and even some of his old patients who have only seen him once.

Someone else fretted: “If even Dr Zhang is denounced and punished, would any other experts dare speak the truth?”

Someone recalled that ten years ago, he had liver issues and the hospital’s suggested treatment cost tens of thousands of RMB. But he had doubts and went to Huashan Hospital to see a specialist. The doctor he saw did not prescribe any medicine but only asked him to rest and recuperate for three months; true enough, his liver problem went away on its own. “It was only last year that I found out that the doctor was Zhang Wenhong,” the patient said.

My friends in Shanghai are also all speaking up for Dr Zhang. Someone said: “Shanghai controlled the pandemic so well because Dr Zhang is around.” Someone else fretted: “If even Dr Zhang is denounced and punished, would any other experts dare speak the truth?”

In the online arena where generally everybody jumps on the bandwagon in criticising someone, it is rare for netizens to unanimously support a public figure like Dr Zhang following the reports made against him. That the people stand firmly with Dr Zhang shows their trust and affirmation, and reflects the pressing need for professionalism amid the pandemic.

So far, the various waves of local infections have been rapidly brought under control within a week without movement lockdowns or mass testing, resulting in precision control at a relatively low cost.

In the year or so since the pandemic broke, given that Shanghai is China’s largest port of entry, it goes without saying that it has been under pressure to control the pandemic. But this “mystical city” (魔都, a nickname for Shanghai from a 1924 novel by Shofu Muramatsu) with 25 million permanent residents has repeatedly shown astonishing results. So far, the various waves of local infections have been rapidly brought under control within a week without movement lockdowns or mass testing, resulting in precision control at a relatively low cost.

As head of Shanghai’s pandemic clinical expert team, credit is due to Dr Zhang and his colleagues. The Shanghai municipal government’s focus on professionalism has allowed experts to do what they are good at — directing pandemic efforts based on science. In this sense, Shanghai has always protected Dr Zhang and other professionals like him.

One reason that Dr Zhang has managed to survive the “dirt-digging” reports made is probably because he has kept a clean record. Netizens have pointed out that detractors were not able to attack Dr Zhang on “traditional” transgressions like outrage of modesty, bribery, complaints by patients, or not being patriotic enough in his comments. “This shows that Dr Zhang’s moral standards are unimpeachable, and so they can only attack his professionalism.”

However, for China, the choice between living with the virus or zero-Covid is not just a test of professionalism, but there are also social and political considerations. Dr Zhang’s Weibo post on 18 August no longer mentioned living with the virus, but emphasised: “China’s pandemic strategy is the most appropriate for us at the moment.” He followed up by quoting the Chinese Communist Party leaders: “Only the wearer will know if the shoes are a good fit.”

The fight to protect Dr Zhang is over for now. And Dr Zhang will definitely be more careful with what he says from now on; at least, he will think more before commenting in public, even though this may not be why people are protecting him to begin with. They embrace him for daring to speak the truth.

Related: China's top infectious diseases expert Zhang Wenhong: Division stands in the way of defeating the pandemic | Singapore health experts: China the best positioned country to aim for zero-Covid | Why China is determined to achieve 'zero-Covid' | Is China taking policies to the extreme to achieve zero-Covid?